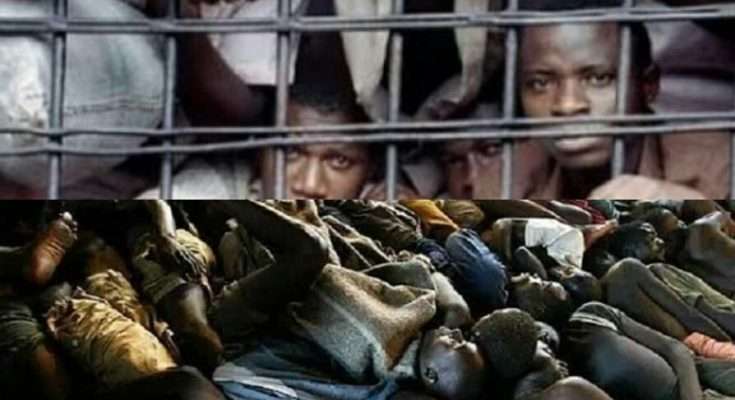 An escapee from Nigerian Correctional facilities in Benin, otherwise known as Benin prison, has written to the Edo State Governor, Godwin Obaseki, apologising for escaping from the facility.

The inmate who identified himself as Osaro Oyidan, in the open letter circulating on social media graphically painted a picture of his escape from Benin Prison and his journey to Sokoto.

He was serving a life sentence for murder.

The letter, not independently verified by The Street Reporters Newspaper, is reproduced below:

Mr Governor, Domo. I just heard over the radio here in Sokoto, that you want all the escaped prisoners from White House and Oko Prison, Benin City, to return to prison within three days. I did not believe before, but as the local radio continuously announced it, I realized that it’s true.

Sir, kindly permit me to introduce myself. I was born and raised in Benin. I attended Moslem Primary School, Ogbe, and later became a driver. In 2009, I was arrested for stabbing a guy, who was always oppressing me with fine cars, that his brothers was shipping in from Italy. I was charged to Court. Despite my lawyer’s efforts, I was sentenced to Life Imprisonment, five years ago.

Since then, life has been bad. I always pray for death, as all I see around me is misery and deaths. So you can imagine my shock and joy, when my cellmate, Monday Akpihion, woke me up on few days ago, and said people outside dey paro for our matter, and they want us out.

I didn’t believe at first, because I have given up hope of outside life. But when I saw men breaking through that yeye 5 inches hollow block fence, that Nigeria contractors deceived Government was strong to keep us inside, humbled and pliant, I moved. I joined to escaped, amidst hail of bullets, that sounded like Christmas knockouts to me.

I quickly threw down my blue prisoners uniform, and jubilantly joined the welcoming crowd on Airport Road. I was not too sure, if this was trap, so I ran towards Omoma Street, off Oko Central Road and stole a bed sheet, by the side of a quiet bungalow, with the owners too embarrassed to shout.

I moved further down the road and seized some fairly used shirts and a jean trouser from a horrified Igbo trader by Gapiona Street. I then ran towards Ugbor Road, GRA, fully dressed in my new well packaged clothes. With no phone or money, and not too certain of the reception my evil stepmother will provide, I decided to head to Aduwawa.

At the corner of Anglican Girls Grammar School, I saw a fashion shop, with a woman, seriously busy with a scissor and a tape stripped round her neck. I walked in and demanded money. As she attempted to argue, I made a fake attempt to pull out a gun. That was all I needed to convince her, and she handed me 29 thousand naira. A lot of money for a fugitive.

To cut the long story short, I took off from Benin at about 9 pm later that day in a long truck, carrying empty tomatoes baskets, heading up north. All I wanted was a drive to Lokoja, where my senior sister married to one crazy Igbira man stays, but the aboki driver, told me that his final stop is Kaduna. See me see goodluck. I arrived Kaduna yesterday afternoon and I immediately entered a bus to Sokoto.

Oga Governor, you can imagine my shock, hearing you direct that people like me should return to Benin and into prison. Who in my shoes does that? Borrow money to return to prison? Epa na wa for you o.

Sir, you should have directed that the escaping prisons should turn themselves in to the nearest prison offices, with a prerogative of mercy amnesty of reduction in prison terms, instead of asking that we return to the broken and burnt Benin prisons. Impossicant (local slang for impossible)!  For me, I’m leaving this night for Libya. Anything I see I take am.

I’m very sorry to disobey you, as somebody I like well well. I’m very sorry sir. No vex. But I must head out to Europe and try open a new page in my miserable life, that was cut short by poor judgment and anger mismanagement. I don’t know where I’m going, but I’m certainly not coming to Benin soon.

I hope that you will forgive my behavior. I didn’t ask for freedom. It was thrown at me. They freed me. So I moved. And we Moved. Men don gbaase. Aya omo no ma ye dross?