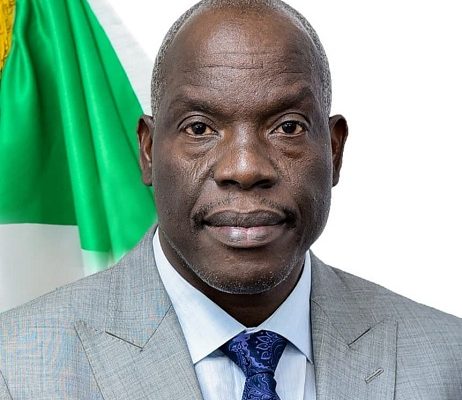 He said this would ensure industrial harmony and smooth operations of the sector.

A statement by Mr. Paul Osu in Abuja, said Komolafe gave the assurance when the Presidents of PENGASSAN, Mr. Festus Osifo and NUPENG, Mr. Williams Akporeha visited him yesterday.

He stated that the objective of the collaboration was to foster appropriate synergy to enable smooth operations in overriding national interest.

He reiterated that since his assumption of office, staff welfare has been his cardinal focus and that was the reason he immediately implemented the promotion of staff who had been stagnated over the years to motivate and promote industrial harmony.

He emphasized that he set up work teams on assumption of office with clear terms of reference to address issues of staff welfare like legacy issues which requires redress for the sake of justice and fairness.

On their part, the labour leaders while congratulating the CCE on his appointment assured him of their readiness to collaborate with the Commission in all areas of oil and gas industry operations as a major stakeholder.

ALSO READ  How 4,020 Christians Were Slaughtered In Nigeria In 10 Months of 2022, And 2,315 Others Abducted - Intersociety Reveals

They reiterated their belief in dialogue as a means to resolve industrial issues and thanked the CCE for the recent promotion of stagnated staff.

Previous PostDiezani: Diamond Bra And A Government In Search Of Boobs! Next PostFor Governors to Succeed, Local Governments Must Succeed - Sanwo-Olu