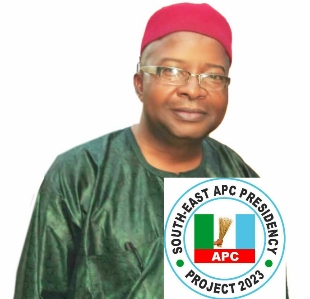 Character, Credibility, Capacity, Capability And Competence Are Most Needed in Would-Be President Of Nigeria of South-East Extraction in 2023

Victory Ugwumsinachi, if your intention in your comment that I must now react to is to present all presidential aspirants as being the same and that we should close our eyes to known realities and pick any of them as our preferred presidential aspirant/candidate regardless of what we know of the person, we cannot accept that line of reasoning.

Being both Fulani and a soldier to whom deception is somewhat a cherished character trait, Buhari succeeded in deceiving most Nigerians about his true character and claimed personal integrity.

If Nigerians had known that things would turn out so differently from what we had thought of Buhari what he had promised us in 2014/2015, he would not have got up to one million votes in the 2015 presidential general election.

What I am saying, Ugwumsinachi, contrary to the narrative you are pushing, is that character of a politician matters to Nigerians and never think otherwise.

It was not our fault that Buhari succeeded in deceiving us into Aso Rock Presidential Villa. He may not have failed in all areas as elected President of Nigeria, but his performance from 29th May 2015 is far too short of his campaign promises, which are well-documented.

In the case of Orji Uzor Kalu and Rochas Anayo Okorocha (needless to mention those in your comment who are not from the South-East), we have the privilege of knowing them more than we knew Buhari. It would be foolish to disregard what we know about them.

And it would be stupid to let any known rogue into a seat of power, in this case, presidential power!

Aspirants or supposed aspirants must not be lumped together as being the same. On what basis would you put Kalu and Okorocha – two well-known crooks – on same pedestal as Ogbonnaya Onu, Dave Umahi, Ken Nnamani or Emeka Nwajiuba?

You asked where someone wanted you redirected to. Let me try and answer that question on his behalf. You need redirection from generalisation to particularisation in a matter that requires specificity.

You need to learn to separate the wheat from the chaff. In this moral context, Kalu and Okorocha are chaffs. Barr Ifeanyi Ejiofor (lead counsel to Nnamdi Kanu) was even restrained in his character profiling of Kalu.

He could have said more damning things about him.

You also need to be redirected from thinking that if it is not with Kalu or Okorocha as presidential candidate, that South-East won’t produce President of Nigeria. That cannot be true when the South-East is endowed with many credible and capable presidential materials.

If anything, it would serve the South-East well if both Kalu and Okorocha stopped demarketing and insulting our geopolitical zone with their posturings on 2023 Presidency of Nigeria.

They should go and sit down rather than strutting round the country fouling the environment of our legitimate aspiration for President of Nigeria of South-East extraction in 2023.

You would do well to get them to forget about the Presidency for peace, unity and success of our Project agenda.

They are personally unqualified to represent us and they will not be free in 2023 as they were in 1999 to scuttle our presidential bid.

Yes, in case you didn’t know this, the two were with Jim Nwobodo in addressing the PDP national delegates gathered at Jos Township Stadium in Hausa language (and not English language), telling them: “A vote for Ekwueme is a vote for Biafra.”

They knew that the word “Biafra” invoked extreme resentment and fear in non-South-Easterners then as today.

It was at that point that most delegates withdrew their support for Dr Ifeanyichukwu Alex Ekwueme. I was the PDP’s National Director in charge of campaigns and I should know how, where, when and why Ekwueme lost at that PDP presidential primary election.

Kalu and Okorocha are not only personally crooked, they are also politically treacherous. They are already at it again, telling non-South-Easterners that they are the only South-Easterners who would keep Nigeria together as President. False claim again.

Please, enough said about those two here or on any of our other platforms. Instead of talking about them, we should focus on getting credible, intelligent and visionary lionhearts of the South-East to declare for President of Nigeria on APC platform before February 2022 National Convention of APC to elect our National Working Committee (NWC) officers.

ALSO READ  Sunday Musings: Who Told Humans They Are The Most Intelligent Creatures?

Once they declare, we shall adopt the most credible and qualified of them for our projection, even if he is not the richest of them, and deliver him at general election with over 50 million votes.

Since January 2020 launch of South-East APC Presidency Project 2023, we have repeatedly said that funding of the campaign of our preferred presidential aspirant/candidate must not be left to him alone but that all South-Easterners and even our supporters from other zones should donate money and materials to the campaign.

All should start now to put our money where our mouths are. We shall attend APC National Convention in February 2022, we must take our advocacy to all parts of Nigeria, we must work hard to achieve victory at APC presidential primary election in August 2022, and we must work even harder to win the presidential general election in February 2023. All – and more – require enormous funding.

We cannot say that we want emergence of President of Nigeria of South-East extraction – with reasonably anticipated benefits to ourselves – but hide our faces from contributing to funding of the campaign Project. That would be unseriousness, hypocrisy and self-delusion.

[…] outgoing President of Nigeria in all respects has the quality to attract the Lord’s favor, and he truly […]