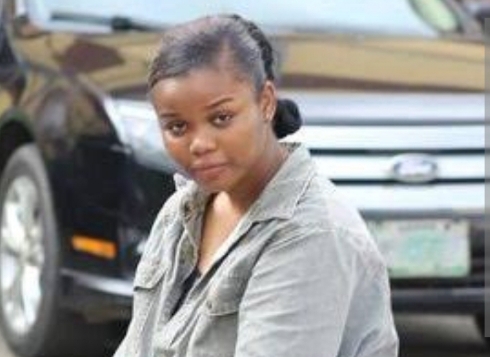 Super TV Boss: How I Was Forced To Sign Confessional Statement– Ojukwu

Chidinma Ojukwu, the alleged killer of Super TV chief executive officer, Usifo Ataga, yesterday, told Justice Yetunde Adesanya of the Lagos State High Court sitting at Tafawa Balewa Square that she was tortured and forced to sign her extrajudicial statements by the police.

Chidinma, who was testifying in a trial within trial to determine the voluntariness of the confessional statements she made during the investigation of the case, claimed that she signed the statement under duress and because of threats made by investigators to implicate her family in the alleged crime.

The defendant specifically accused the investigating police officer, ASP Olusegun Bamidele of tearing the first two statements she wrote and forcing her to sign the one that was dictated to her by another member of the investigative team, assistant superintendent of police, Olufunke Madeyinlo.

She also alleged that she was then made to rehearse the statement and narrated the same to the commissioner of police.

Ojukwu was arraigned before the court alongside one Adedapo Quadri on an eight-count charge of murder, forgery and stealing.

The state also arraigned Chidinma’s sister, Chioma Egbuchu from whom the late Ataga’s iPhone 7, was said to have been recovered on one count of receiving stolen property.

They all pleaded not guilty to the charge.

While being led in evidence by her counsel, Onwunka Egwu, Ojukwu said her hands were handcuffed on June 23, to the chair she sat on until the next morning, June 24, when she was brought out of the interrogation room and taken to Ikeja Police Command.

She also told the judge that she was arrested on June 23, 2022, at their house 47 Akinwunmi Street Alagomeji Yaba, handcuffed and taken to the Panti Police Station.

She said, “When I was entering the vehicle, I told my dad to call my lawyer, our family lawyer, Egwu.”At the station, I entered the DCP’s office (Razak Oseni) he was asking me questions along with other policemen then my dad tried to stop him but the DCP told my dad to allow his men to do their job.

“We went back to my house and then came back to the DCP’s office and he started questioning me again and then I told him that I don’t know anything about the death of Mr Ataga, that was when they made the video that was played in court.

“The DCP said I should make my statement then, the IPO, Bamidele took me to the interrogating room with Mr Chris, and then gave me a blank statement form and asked me to write what happened.

“I started writing then he (Bamidele) took my left hand and handcuffed it to the chair. I wrote what I said at the DCP’s office, in the middle of writing the statement Mr Bamidele took the statement from me and read through it and said this is not what happened.

“When he took the statement from me and said this is not what happened. I told him, sir, this is what happened and that is what I am writing, I received two slaps on the back from Mr. Jemiyo.

“It was Jemiyo and Chris that were sitting at the back and the only person that was facing me was Bamidele. He said you are going to write the truth.

“He tore all the statements I had written and presented another blank statement form. I told him, sir, I was writing the truth and you tore it. He said if I did not comply that my family, my dad, 10-year-old sister and relative will be charged with this murder case.

“He (Bamidele), brought out his phone, played the video of the scene of the apartment and he showed pictures of Mr. Ataga’s body. He said now you are going to write, then I started writing at the introduction of the statement, he said why are my being slow, then I received another slap on my back.

“I told him that I was not feeling well and that I needed to rest. He (Bamidele) said there was no time for that. Then he took the statement form from me and started writing and then Chris handcuffed both my hands to the chair.

“At the beginning of the statement, he asked me questions and then stopped after he was done writing. He read the statement to me and I told him this is not what happened. He said this is what you are going to say or else my family will be charged.

“He read the statement to me again and told me that I should rehearse it so that tomorrow (June 24, 2021), I will be taken to the CP’s office when asked, that’s what I should say, then he left me there around midnight.

“Bamidele came back in the morning, the next day with Chris and then he asked me to sign the statement, as I was being reluctant in signing, Chris said I should sign because nobody is coming for me and that they will provide me with a good government lawyer.

“After the signing of the statement I was brought out of the interrogation room, they gave me water to wash my face, then we entered the vehicle and they drove to Ikeja.

“When we arrived at Ikeja the other police officers came down and it was just me and Bamidele that was in the vehicle. Then he asked do I read the statement for you again? He read it again and told me to narrate it. After the narration, he said, that is what you will say to the commissioner of police.

“Bamidele took me to the doorstep of the CP, then when the CP asked me, I said the same thing that Bamidele had written,” she stated.

During cross-examination by the prosecutor, Chidinma affirmed that she signed the statements.

Oluwafemi said Chidinma should affirm that one of the statements she made was confessional and the other was denied.

Chidinma answered that the second statement was dictated while the first was written.

Asked if she reported to anybody that she was slapped and that her head was hit on the table, she said,” I did not report to anybody because there was nobody to report to.”

Justice Adesanya adjourned the case to January 11, 2023, for the adoption of final written addresses, in the trial within the trial.