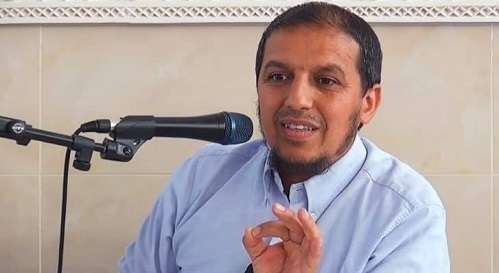 A Moroccan imam accused of “inciting hatred and discrimination” has been deported by Belgium where he had taken refuge after being expelled by France last summer.

Imam Hassan Iquioussen, a preacher from northern France was flown back to Casablanca on Friday after the Moroccan consulate in Liege issued a pass on Thursday.

Last July French Interior Minister Gérald Darmanin announced his expulsion, accusing him of inciting hatred and discrimination and conveying a vision of Islam contrary to the values of the Republic.

But he fled to French-speaking Belgium where he was later arrested.

Iquioussen was imprisoned and then briefly placed under house arrest before being sent to a secure centre near Liège in mid-November, following the failure of the European arrest warrant procedure ordered by France in the Belgian courts.

The preacher then issued several unsuccessful appeals against the order to leave the country that targeted him.

Although he was born in France, Iquioussen decided not to opt for French nationality.

He claims to have renounced it at the age of 17 and later tried to recover it.

He has five children and 15 grandchildren, all French.

Previous PostSoludo To Buhari: Release Nnamdi Kanu To Me As His Surety Next PostSoludo Emerges APGA National Leader