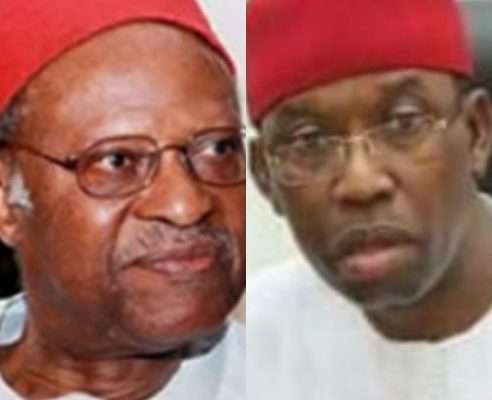 Okowa, in a statement by his Chief Press Secretary, Mr Olisa Ifeajika, in Asaba, said Nigeria benefited immensely from Anyaoku’s unblemished services to Nigeria, Africa and the Commonwealth having served for 34 years in the diplomatic community before being elected as Secretary-General in 1989.

He described the nonagenerian as a diplomat extraordinaire, epitome of selflessness and statesmanship, and prayed that God would raise more leaders in Anyaoku’s mould in Nigeria’s political and socio-economic firmament.

“On behalf of my family, the government and people of Delta, I felicitate with you, Chief Emeka Anyaoku, on your 90th birth anniversary.

“As a great patriot and elder statesman, you have made significant contributions to the growth and stability of our nation, Africa and the Commonwealth of nations through your selfless service to humanity.

“As Secretary-General of the Commonwealth, you displayed an uncommon wisdom and irrepressible courage in your service and was very instrumental to the role of the Commonwealth in the liberation of Southern African states from racist colonialism and conflicts.

“You contributed actively to the Trans-African struggle for liberation which culminated in South Africa, Zimbabwe and other states in the Southern region of Africa becoming free and independent states.

“As you celebrate your 90th birth anniversary, I join your family, friends, well-wishers and Ndigbos worldwide to thank Almighty God for your life and to pray that He continues to bless you with robust health, greater wisdom, guidance, protection and enduring provisions,” Okowa stated.