As Written By Alex Agbo

As electoral umpire, the Independent National Electoral Commission (INEC) begins preparation ahead of the forthcoming governorship election in Kogi State, aspirants have been emerging with intent clinching the number one job in the state.

However, one of such candidates stands out among the contenders as election holds in November.

Rising through the ranks as a banker, the hardworking,young and  energetic peasant farmer’s son became the Executive Director, Treasury and Financial Institution, Public Sector and Corporate Support of Afribank plc, a position which brought him into contact with people of different race and beliefs.

According to the late sage, Professor Chinua Achebe, when a man says yes, his ‘chi’ (guardian angel or personal god) says yes. Jibrin Isah Echocho said yes to success and success embraced him.

The man Jibrin Echocho (the bearer of the youth mandate in Kogi State) was born in Ajiolo Ojaji in Dekina Local Government Area of Kogi State on 28 February 1960.

He attended Ajiolo Primary school from 1967 – 1972, Our Lady Of Schools, Anyigba, all in Kogi State.

Having understood the use and value of education earlier than usual, he proceeded to obtain a degree in Economics, bagging a First Class Honours from the prestigious Bayero University, Kano.

He did not stop there as he later bagged the M.Sc. in Economics and MBA Marketing. In all, he has so far studied in five universities in Nigeria.

He is a member of the chartered institute of stock brokers.

Kogi State used to be known as the home of intellectuals. One can hardly say what is the problem today. Cultists,thugs and miscreants have taken over,state university is on strike,primary schools are on strike.

We are witnessing a depleting value for education in an era when human capital development is key to resource development.

The Kogi State government has lost the reins of control. To reinstate the state to its former glory as the hub of intellectuals, the state needs a man of the mould of Echocho, who stands out as a giant in human resources management and an academic himself. As it is said, it takes a woman who has experienced child birth to understand the pains of childbirth.

Echocho’s first job was with the Nigeria Nation Supply Company as a marketing clerk. He later joined the Banking sector.

July 1990 changed the life of this young amiable gentle man as this marked the beginning of his sojourn with Afribank where he served for over fifteen years moving from one position to another while also using opportunities opened to him to assist young vibrant youths from all over Nigeria.

Conservatively he has used this opportunity to fix over three thousand youths into different jobs, not bothering about state, language or religious belief.  His only weakness is that he hates idleness. This patriotic academic  and philanthropist has always spoken passionately about youth development and engaging the youths to curb rising youth unrest. This is what the current government lacks idea on how to do.

ALSO READ  2023: Sowore Reassures Nigerians of Free Education At All Levels If...

His vision for the youth is tremendous, he stated categorically in his campaign that “I will give you jobs”, for a man that provided means of livelihood to many young men with the little resources at his disposal you can imagine what he will do for the youths if he is giving the mantle of leadership in Kogi State.

This is the time to look beyond tribe and religion to the potentials deposited in this man. Echocho, as we know is not a man who discriminates. Evidences abound that he has built churches and mosques without looking at the users. A lover of education and youths, he has built schools which accommodates children from all backgrounds.

Certain facts can be deduced from here.

A transparent young technocrat who has never been indicted for any financial fraud through out his career, right from his job at  the Nigeria Nation Supply Company as a marketing clerk to his high position at the directorate of Afribank, he maintained a clean slate.

Such a man can be trusted to with the state treasury in an age where looting is more like a norm. Kogi state is in dire need of a prudent, astute technocrat who would make utmost use of the resources, and not deprive the people of the state of water, road and  health care because a few cronies have to be satisfied.
Governments all over the world is wearing a pragmatic look.

People are transcending ethnic and religion barriers to queue behind a person with a track record of performance and outstanding pedigree of integrity.

Ours in Kogi State can not be different. Except we agree with the terms of governance we have been saddled with in the whole life span of the state.

With all its available mineral deposits and natural endowments, Kogi State cannot boast of a single functioning factory owned by the state government.

We are among the poorest states, infrastructurally. Now this is not because we have no resources but because we have had leaders without vision or purpose. As it is said among the Igalas, when the job is in the hands of the prudent, the lazy man covets it.

Kogi State ought to be the envy of other states,but sadly, we are the pity of others. It is made worse  because the state is like a gateway to all parts of Nigerian,east,south,west and north.

Some times when one is in a commercial vehicle with other passengers and the vehicle passes through Lokoja, one cannot agree to come from Kogi because of the many aspersions on the leadership of the state.

Truth be told, Kogi needs redemption. We have to look beyond our petty political considerations and do ourselves good by supporting the candidacy of Echocho. 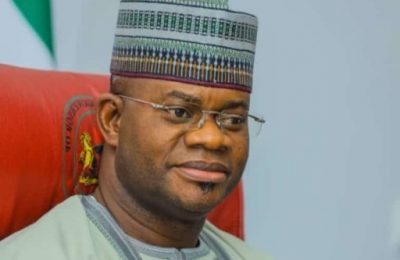