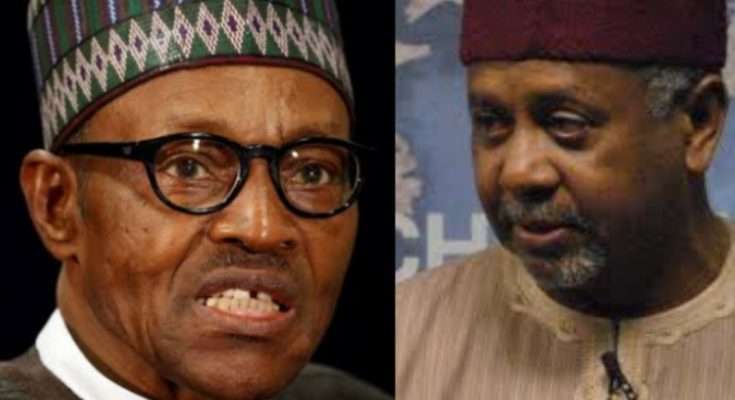 Further, albeit exclusive details as to how the Action Congress of Nigeria (ACN), All Nigerian Peoples Party (ANPP) and Congress for Progressives Change (CPC), who were the legacy parties, teamed up to form a formidable political party since 2011 as emerged.

Dr. Ahmed Kurfi, a former chieftain of the defunct CPC, said it was Col. Sambo Dasuki, immediate-past National Security Adviser (NSA), who introduced General Muhammadu Buhari (Rtd) to the then Leader of CPC to Asiwaju Ahmed Tinubu, the leader of ACN prior to 2011 presidential election.

Kurfi said that together with Dasuki, Adamu Adamu, the current Minister of Education; Kabir Yusuf, the publisher of Daily Trust; and Wada Maida the former Chief Executive of the News Agency of Nigeria (NAN); they visited the All Progressives Congress (APC) National Leader in Lagos, before the 2011 general elections.

In an interview in the Sunday Sun, Kurfi said: “I was central to the negotiation of CPC and ACN which later became APC. I was the one who led the team that went to negotiate with Bola Tinubu,” he said.

Kurfi, a self-professed revolutionary scholar, then added that APC, as a party, is just a coalition of various interests that came together to form a political party for the purpose of occupying political power; which means to enter political offices.

His words: “So, if you look deeply and analytically, you will find that actually it is not a political party because all sorts of various political interests have come in.”

Dr. Kurfi, while speaking further, strongly maintained that the long-standing ‘grudge’ existing between Buhari and Col. Dasuki is purely over ‘their’ military matter.

“But the fact of the matter is that Sambo Dasuki was the one who even introduced us to Tinubu, because they were in exile together when Abacha was after them,” he said.

Dr. Kurfi, a former Director of Research and Strategy in the defunct CPC, revealed that Dasuki is the “one who went between Buhari and Babangida because Babangida also assisted Buhari with money for his elections.”

He added: “And you know the whole campaign we did for Buhari in ANPP, it was with Sambo.

“He said they say Buhari is unforgiving and said why should he not forgive? He overthrew a democratically elected government and put Shagari in detention; so if you are removed by the same people you used to overthrow Shagari why should you complain?”

Kurfi, then added: “I can tell you that all the campaigns we did around the country Sambo was with us. And you know Sambo has a lot of networks. If you want a detribalized Nigerian that is Sambo. You will see him so comfortable with every Nigerian regardless of your tribe, religion or whatever.”

It would be recalled that the ex-NSA in ‘An Encounter with the Spymaster’, a book written by a Public Relations (PR) professional, Mr. Yushau Shuaib, disclosed how he knelt before ex-governors of Osun and Lagos State, Bisi Akande and Bola Tinubu, to accept Buhari as the joint Presidential candidate of ACN and CPC, in 2011.

The book revealed that the merger failed to win the presidential election when Buhari rejected a joint ticket with Osinbajo as he chose Pastor Tunde Bakare instead as the running-mate for the 2011.

Similarly, Alh. Mustapha Jokolo, who was the Aide de Camp (ADC) to Mr. Buhari after the coup that toppled the government of President Shehu Shagari, in an interview in 2018, said the former NSA was a financier and facilitator of the 1983 military coup which terminated Nigeria’s Second Republic and installed Buhari as Head of State.

He said Mr. Dasuki, then a major in the army, played active roles through sourcing the funds for the coup that made Buhari Head of State in 1983.