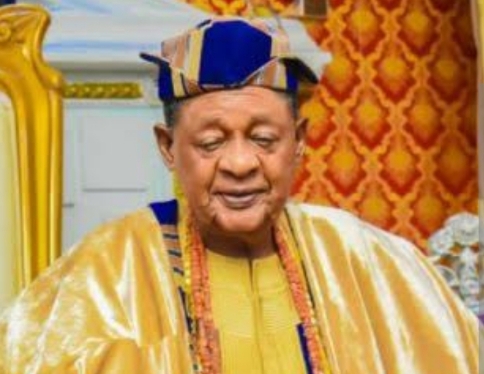 Just In: Alaafin Of Oyo, Oba Lamidi Adeyemi, Dies At 83

Several sources within the palace of the Alaafin of Oyo, Oba Lamidi Adeyemi, have confirmed the death of the monarch, popularly known as ‘Iku Baba Yeye’.

He was said to have died on Friday night at the Afe Babalola University Teaching Hospital in Ado Ekiti, the Ekiti State capital.

According to reports, the body of the top Yoruba monarch was brought to Oyo town in the early hours of Saturday.

His children received his remains at Idi-Igba in Oyo town while traditional rites began thereafter.

He was 83 years as of the time his death was reported.

Alaafin Adeyemi, who served as the permanent chairperson of the Oyo State Council of Obas and Chiefs, was reportedly sick and was scheduled to be flown abroad for treatment before he joined his ancestors on Friday.

He died months after the death of two other top traditional rulers in the state – the Olubadan of Ibadan, Oba Saliu Adetunji, and the Soun of Ogbomoso, Oba Jimoh Oyewumi.

While Oba Olalekan Balogun has been crowned as the 42nd Olubadan of Ibadan land, the people of Ogbomoso have yet to get a new traditional ruler.

The Bashorun of Oyo and Head of the ‘Oyo Mesi’, Yusuf Akinade, is expected to lead Oyo town before a new Alaafin would be installed.

He is also expected to brief Governor Seyi Makinde of Oyo State on the death of the monarch, while the governor is expected to make an official announcement thereafter.

Alaafin Adeyemi, the third to ascend the throne from the Alowolodu Ruling House, ruled for 52 years – making him the longest-reigning traditional ruler in Oyo town.

He was born Lamidi Olayiwola Atanda Adeyemi on October 15, 1938, and succeeded Oba Gbadegesin Ladigbolu I, as the new Alaafin on November 18, 1970.