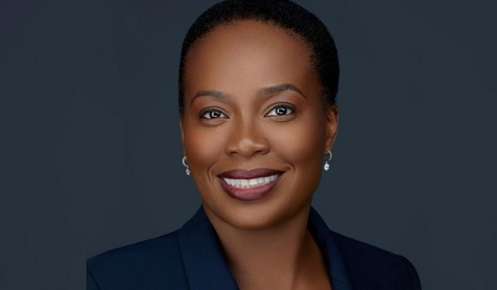 Ijeoma Akunyili, daughter of the late former Director-General of the National Agency for Food and Drug Administration and Control (NAFDAC) and ex-Minister of Information, Dora Akunyili, has been named the Chief Medical Officer at Jersey City Medical Centre, an RWJBarnabas Health facility, in the United States.

The appointment of Ijeoma was announced in a statement on Wednesday. The medical centre said Ijeoma is its first Black Chief Medical Officer.

The centre’s MD, Executive Vice President and Chief Medical and Quality Officer, Andy Anderson, said the younger Akunyili would be a tremendous asset to the medical team.

“RWJBarnabas Health is proud to add Dr. Akunyili to its executive clinical leadership team,” Anderson was quoted as saying.

President and Chief Executive Officer of the medical centre, Michael Prilutsky, also described Ijeoma as having a wealth of experience and knowledge.

“And as our Chief Medical Officer, we look forward to creating a world-class experience for every patient at Jersey City Medical Center. I am confident that Hudson County will benefit in a great way from her leadership, and that her presence will have tremendous impact,” he said.

In her most recent role, Ijeoma is said to have served as the Regional Medical Director for TeamHealth, Northeast Group, where she had strategic, operational, and clinical oversight of nearly 20 emergency departments, critical care, and hospitalist service lines in Connecticut, New Jersey, New York, Rhode Island, and Pennsylvania.

The medical practitioner led an unprecedented fourfold expansion of service lines with a specific focus on medical services and access to care for underserved populations.

Also, she is said to have previously served as the chair of emergency medicine at Waterbury Hospital, a Level II trauma teaching hospital.

There she was the change agent who led a dynamic team in dramatically reducing the lengths of stay, improving overall performance across multiple patient-centered metrics, and increasing physician staffing.

She was awarded the 2019 Medical Director of the Year Award for the impressive turnaround of the Waterbury Hospital Emergency Department.

In addition to her executive experience, Jersey City Medical Centre said Ijeoma has vast leadership and advocacy experience, and is currently serving as the President of the Connecticut College of Emergency Physicians (CCEP).

Commenting on her appointment, Ijeoma said, “I am grateful for this opportunity, and I look forward to serving the residents of Hudson County and continuing to provide safe, innovative, efficient, and equitable care. It is a true privilege to lead the clinical effort at Jersey City Medical Center and to create sustainable health outcomes for our community.”

In addition, she earned an MPA in international development from the John F. Kennedy School of Government at Harvard University and an MBA from the Wharton School of Business at the University of Pennsylvania. Ijeoma and her husband are the parents of two teenage children.