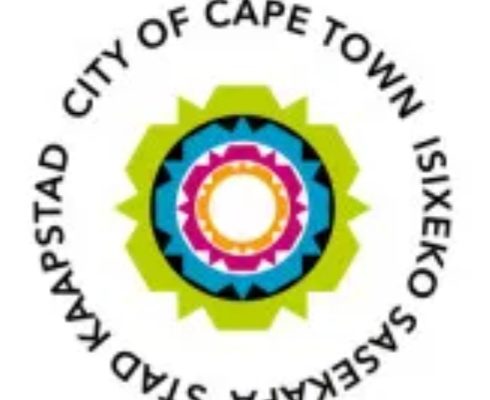 The City of Cape Town in South Africa is committed to building and expanding Cape Town’s policing powers and resources, “because, given the failings of the national police service, this is the only way that we can keep Capetonians safer”, Cape Town Mayor, Geordin Hill-Lewis, said in a statement.

Hill-Lewis added that “Inexplicably, a former mayoral candidate in the city, Brett Herron, has proposed that we give up, and shut down, successful examples of local policing like the Safety and Security Investigations Unit (SSIU).”

According to the Mayor, “Herron appears to be actively working to undermine Cape Town’s local policing powers in an effort to strengthen the hand of national Police Minister Bheki Cele, with whom Herron’s political party is in partnership at national level.

“If he gets his way, criminals and corrupt cops will be let off the hook and residents will pay the price.

“Far from yielding policing and enforcement powers to the national Minister, this administration is working hard to devolve far more of those powers to Cape Town, where we know we will use them to better protect residents both from criminals and from the failing national state.

“We know, as does any resident who lives daily in fear of crime, that residents trust and rely on Cape Town’s policing abilities far more than they rely on any other sphere of government.

He noted that residents cannot rely on SAPS to keep them safe, saying that while there are many hard-working SAPS officers, “the fact is that it is another national service that is in steep decline, with devastating consequences for the lives of citizens.”

For him, “Cape Town must and will step into this gap to keep residents safer, because, unlike politicians who seek to centralise policing powers in the hands of Bheki Cele, we understand that we cannot hope to deliver a city of dignity, safety and shared prosperity so long as people suffer the oppression of violent crime and the constant anxiety that comes with feeling unsafe.

“Devolution of power will accelerate over the coming decade – in public transport, electricity, and in policing – and it will happen whether national government likes it or not, because every crucial national service on which the public depends, is failing.

“This unit was established in 1994 to address internal discipline, ensuring that the City of Cape Town maintains its record for the lowest levels of corruption among its policing and enforcement staff so that we do not degenerate into the bribe-taking chaos observed in police forces elsewhere in South Africa.

“It is because of the work done by the unit that the City of Cape Town maintains its record for the lowest levels of corruption among its policing and enforcement staff”, the Mayor observed.

The SSIU’s role, he added, was expanded to deal with criminal cases involving City infrastructure and City Rental Stock where units had been hijacked by gang and criminal activity.

He insisted that “while this remains a priority for SSIU, the unit also functions to assist the South African Police Service (SAPS) and City enforcement agencies with “watching briefs,” which is the monitoring and tracking of registered criminal cases through the courts.

“As such, the SSIU is responsible for the deployment of investigators who will perform watching briefs on the firearms and drug-related cases in the 10 crime hotspots to ensure that we secure convictions on these cases.

“They will act in support of the excellent results being achieved by the nearly-1000 Law Enforcement Advancement Programme (LEAP) officers who are deployed in these hotspots.

“LEAP, like the SSIU, is an innovation of this government (in partnership with the Western Cape Provincial Government) designed to pick up the slack left by the decline and under-resourcing of the SAPS”, he disclosed.

Mayor Geordin Hill-Lewis stated that through the work of the SSIU, Cape Town has been able to “recover 30 hijacked council vehicles between 2020 and 2022 achieved 2 920 convictions alongside City enforcement agencies and the South African Police Service (SAPS) between 2016 and 2021”, and “conduct watching briefs for more than 23, 000 arrests made by City enforcement staff for possession of drugs, driving while under the influence, possession of firearms and ammunition.”

The City has also achieved “a large number of meaningful convictions for drug, firearm, copper theft, robbery, extortion and even assisting with Interpol investigations leading to the capture of wanted persons.

“Unlike Herron, this administration is not prepared to sacrifice these law enforcement successes and the safety of Capetonians merely to please Cele and the national government”, Mayor Geordin Hill-Lewis.