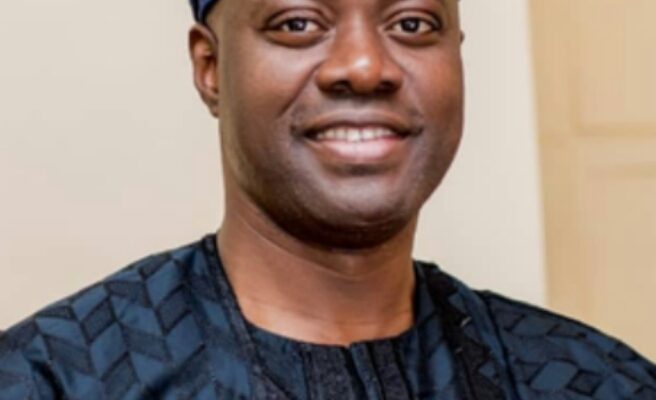 Cordial relationship between Hausa and Yoruba traders has been restored in the Sasa area of Ibadan, Oyo State, about ten months after a bloody violence that erupted in the popular market known for the sales of fruits, vegetables, pepper, onions, among others.

An altercation between a porter said to be from Niger Republic and a pregnant Yoruba woman ignited the crisis which led to the loss of many lives and massive destruction of structures, goods and vehicles.

The porter had reportedly thrown some rotten tomatoes in front of the stall of the pregnant woman, who insisted that the porter pack the rubbish and dispose of it in a waste container.

The porter allegedly slapped the pregnant woman, an action that angered a Yoruba cobbler, Shakiruden Adeola, who allegedly challenged him.

The porter was said to have brought out a charm and hit Adeola. The cobbler was rushed to a hospital where he died hours later.

As the news of his death filtered into the market, emotions ran high followed by violence of great magnitude.

By the time the dust settled, the area had been left in ruins.

The state Governor, Engr. Seyi Makinde had led some governors from the North to visit the scene and addressed the traders and residents who had lived for many years as friends, business partners and good neighbours.

Governor Makinde, who visited the scene of the clash twice, led governors Atiku Bagudu of Kebbi State, Abdullahi Ganduje of Kano, Bello Matawalle of Zamfara State and Abubakar Bello of Niger to the Sasa community.

He promised that his administration would do everything to ensure peace was restored to the area.

Some traders were displaced as a result of the destruction of the market which Makinde promised to rebuild and make it a modern and more organised one.

After a visit to the market on Wednesday, about 10 months after the bloody clash, it was found that new market stalls were being rebuilt to replace the burnt ones.

Some of the new buildings already have rafters on them and were just waiting to be roofed.

There was nothing to suggest that there was a bloody clash in the area some months before as northerners and their hosts, Yoruba traders, appeared to have picked up the pieces and moved on.

They now look forward to the inauguration of the new market expected to coincide with the date the violence broke out.

Some Hausa traders were said to have moved to Akinyele community where they established another market because of the destruction of Sasa Market.

Interestingly, they were reportedly followed to the new place by some of their Yoruba counterparts to continue trading.

A tricycle rider, Rahman Adeoye, who spoke to our correspondent at the Sasa Market, confirmed the renewed relationship, saying people had put the crisis behind them and resumed their normal life.

Adeoye said, “I don’t think it will be easy to separate the traders. They have been living together for many years and the violence which happened was not between the traders.

“Some hoodlums who knew they would benefit from the crisis started it and they were the ones who destroyed things. The hoodlums were from both sides. They looted shops and some persons were killed before the situation was brought under control.

“I ride a tricycle here and I have friends among the Hausa people. Many of them were born in Sasa and they speak Yoruba fluently. The one selling there (pointing), Kabiru, is my friend.

“He calls me regularly to convey his customers to their places and I enjoy that. This kind of relationship also exists among others.

“The crisis has gone and everybody has moved on. Although those who suffer losses are still trying to recover from them, the market is still thriving and you can see people coming to buy things.

“Goods are being brought here from the North but the volume has reduced because of some traders who relocated to Akinyele.”

To create more space for traders at the market, the road leading to the house of Seriki Sasa, Alhaji Haruna Mai Yasein, was closed at a point by traders who displayed their goods on the road but the area could still be accessed via another route.

Some of the traders, who spoke with our correspondent at the market, said they hoped the stalls would be allocated to them upon completion.

Dahiru Ahmed, the head of an automobile mechanic workshop beside the house of Baale Sasa, Chief Amusa Ajani, said there was no crisis again in the area since the February bloody clash.

Ahmed, whose apprentices and colleagues are mainly Yoruba, is from Maiduguri, the Borno State capital. He said the February violence neither affected him nor his workshop because his neighbours protected it.

Ahmed said, “There is no crisis again. The market is peaceful. You can see traders and buyers doing business. We are also doing our business and nobody is troubling anyone.

“We want the good neighbourliness to continue because the crisis does not benefit anyone except some few ones who are criminals.”

The Baale of Sasa told our correspondent who visited him that the crisis had since become a thing of the past and the governor who promised to rebuild the market had started fulfilling his promise.

He said, “There is no more crisis in Sasa. Go to the market and you will see things for yourself. The market is being rebuilt and we thank Governor Seyi Makinde because he promised to do that and he is doing it already.”

Also, the Seriki Sasa said the governor had done so much for him and his people by rebuilding the market. Mai Yasein, who spoke through an interpreter, said he was grateful to Makinde for his support to the community.

“He is a man of his words. The market which is being rebuilt is even better than what was built originally. I am grateful to him. There has been no crisis since that last one and I believe there will be none again.”

Some of the traders, who spoke to our reporter, said they prayed they would be considered for stall allocation when the market was completed.

One of them, Saka Mohammed, said moneybags and those connected to politicians were usually beneficiaries when markets were rebuilt.

He said, “My appeal to the government is that those of us who were here before should be considered. It will amount to wickedness to allocate shops to another set of people while those of us whose property was destroyed would be left out.

“We have just been managing here to eke out a living while hoping that the new market will be completed soon.”

However, the Chairman of Akinyele Local Government Area, Mr Taoreed Adedigba, allayed the fears of former shop owners in the market.

He said, “We have started reconstruction of Sasa Market and by the grace of God, we are going to complete it by January 2022. It’s likely we complete it even before the end of January.

“I was there recently and the contractor handling the project assured me that the project would be completed before the end of January.

“We have an eight unit toilet built in the market and there are four units for males and the other four units are for females.

“The open space there will be tarred. There will be a space for a trailer park. You know that trucks bring goods to the market and we have made provision for where the trucks will park.

“There will be another space for pick-up vans and light trucks and cars as well as taxis. Everywhere will be tarred.

“The chairman promised that those allocated shops in the burnt market would be considered first when the new market is completed.

“He said everything would be done to make sure that those who had shops there before are the first set of people to be given consideration in allocating the new shops.

“We have already asked them to look for their initial allocation papers and anybody who produces that will automatically be considered. It is a guarantee that will make them have their shops back.

“Those who migrated to Akinyele will return. Some of them have even started returning. By the time we complete rebuilding the market, I believe others will come back.

“We are building a new market because that was what the governor (Seyi Makinde) promised. He has given us the power to rebuild it. The new market will accommodate more traders than the number in the burnt market.”

Adedigba said the government had been making moves to ensure that no crisis like the last one was witnessed in the market.

He added, “We are working on that and both sides have assured us that such violence would not reoccur. We appreciate Mr Governor on the Sasa Market issue.

“His prompt intervention prevented the February 2021 crisis from spreading to other parts of the state and he gave assurance that he would rebuild the market and he is doing that already. He deserves commendation.”