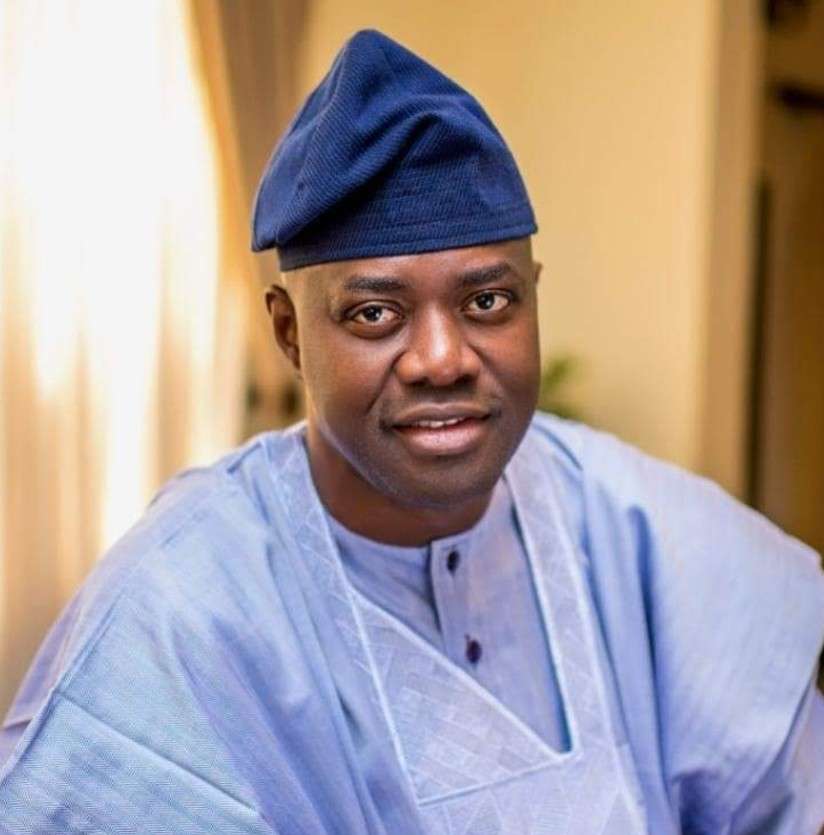 With the rate at which Governor Seyi Makinde is going about his development strides in Oyo State, I won’t be surprised if his people start asking for a Third Term, at the end of his constitutionally guaranteed 8 years, because they are more than wowed with what their governor is doing in the State.

Most parts of Oyo State is now well lighted at Night, while roads construction, re-construction, remodeling, and landscaping is ongoing. Go to Social media and see heeps of commendation and testimony of the people from the State.

Unlike anywhere in Nigeria, Seyi Makinde will award contract, state the contractor, state the amount involved, state the duration of the project, and every other details. This is transparency and accountability Nigerians have been asking for from our office holders.

You would even see GSM after visiting project site, publicly charging the contractor who is not meeting up to their agreed timeline to step up, because he has nothing to hide. This is the kind of man we all need at the top of Nigeria.

GSM, our political and economic compass and navigator in the South Western Region, has undoubtedly shown great wizardry in his approach to so many issues.

He is not a stereotype, and that is why some people are finding it hard to flow, because he is urbane, modern and very intelligent. Anything that does not support Logic, Data and Science does not appeal to GSM.

The clean to green initiative is working so well that the state is almost rid off the filts, and the security situation has greatly improved with lightning of every nook and crannies of Oyo State.

You can now see people walking and driving late and in the early hours of the day because there is no more fear unlike before.

I’m told even the opposition in the state are worried, because there seems to be nothing they will use to campaign against him in 2023, hence, they just have to wait for Makinde to finish his tenures, else, it will amount to waste of time, energy and their money because, Oyo State electorates are solidly behind the greatest brand in the history of modern Oyo, The GSM. We are all officially GSMists. Lol

Deliberately, Moribund infrastructures and state assets are being given lease of life, and the economy is booming, jobs and opportunities are opening up for both the old and young ever than before.

Of course with the improved economy, the purchasing power of the people will increase, indegenes who had gone to other places to hustle will start returning home to take advantage of the economy expansion initiatives of GSM.

Like he did with accelerated economic road map 2019-2023, he has convoked a steering committee to come up with economic transformation blue print from 2023-2040, which will be the working template for development and prosperity of the State.

I won’t miss talking about the proposed IluTuntun Business District (IBD), which will be the economic catalyst in the short, medium and long term for the state. We are all waiting for the official unveiling of the architectural masterplan, but I can vow that it will be something magnificent to behold when it arrive.

These efforts account for the main reason why the Internal Generated Revenue (IGR) of Oyo State has continued to climb the sky considerably, confirmed by Nigerian Bureau of Statistics (NBS), consistently since 2019.

I drove on the newly constructed 65km Monya-Isenyin road, I was like wow, and wow, on getting to Saki, another dualised 45km road within the town, with Drainages on both sides, street light fitted and functioning.

This is geared towards ensuring that the Agro-Business in the Oke-Ogun axis of the state gets rapid development with provision of infrastructures and the needed insentives that will attract investors.

ALSO READ  President Buhari Hails Nigerians Excelling In Diaspora, Urges Them To Willingly Give Back

This is an undisputable fact, Gov. Seyi Makinde came prepared, and he knows exactly what is needed to be done to fix the economy of his State.

Governor Seyi Makinde is a Unifier, who has continued to show leadership by example, by brining all stakeholders, from religious, traditional, and political sphere together, including the youth and women, save for those who wished that he opens the state vault for them.

Visible to the eyes, Massive projects are turning up everywhere you turn to, this is what everyone have been seeing and saying on getting to Oyo Stat now.

GSM, understands opportunity, his State is like a gateway for anyone coming into the South West State, and making it attractive such that, you don’t just pass bye without stopping to do one business or the other is what he is working on.

The four bus terminals one at Challenge, two at Iwo Road and the other at Ojoo is nearing completion and to be commissioned soon, which will strategically serve the intra and inter state transport scheme for both private and public operators.

There are three other critical infrastructures such as Lagos-Ibadan Train Service in Moniya, with handful of new real Estate Business springing up in that axis and other parts of the State such as Engr Lere Adigun Estate, Rashidi Ladoja Estate, Rayfield Gardens City Estate, MetroCity Estate, Africana Estate and more.

The Dry Port in Moniya, which will help to decongest the gridlock in the Apapa area, and the Ibadan Airport which will soon commence international flight for both cargo and passengers flights, is a strategic effort the government is working on in collaboration with Federal, regional and States stakeholders.

Kunle Afolayan, a celebrity film maker recently announced that a multi million dollars film village is coming up in Oyo State. He was excited to meet GSM, who is willing to provide all the needed support that will make that dream come to reality.

For those who knows GSM, he is like that, he is a positive minded person and very humble, who is always ready to listen to you plight, help, assist and mentor people to success.

I was stunned few days ago, when I went to fix my car at the mechanic somewhere around Itire in Lagos, and people started discussing Nigerian politics, and various names of politicians across the country were mentioned, when one of them mentioned the name of Seyi Makinde, the whole place went up in flames, he became a subject of interest for everyone, and his performance, humility, intelligence, smartness and how he is the kind of President Nigeria needs became the only discussion throughout the conversation.

I felt so much proud hearing this from ordinary people on the street, this goes to show that the whole world is seeing and appreciating what Seyi Makinde is doing in Oyo State.

I also noticed that the rate of relocation of people from every parts of Nigeria to Oyo State has doubled from 2021, with increased traffic situations in the State since about Q2 of 2021.

The Governor himself is a very good marketer of his State. He keeps showing his workings for the entire world to see, and keeps explaining the comparative and competitive advantage of Oyo State, which is the attraction for business community.

Oyo State, a peaceful and beautiful city to live and work now!