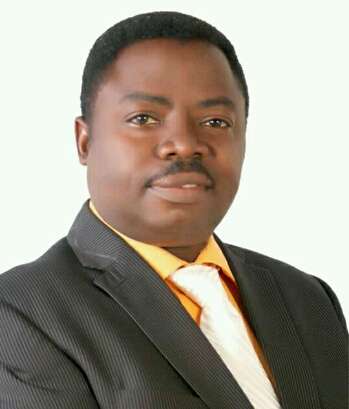 The birth of our nation came along side a boom. A country that attracted a colonial intruder like other African countries owing to her (our) rich soil and agricultural endowment and productivity as well as her crude oil deposits.

The goldmine was meant to be a blessing, with so much fund coming from it (the oil), but she went wild on state investments, by the 80s.

There were about 600 public enterprises controlled and managed by the state. Transfer to the ventures ran into several billions of naira, which were in form of subsidized foreign exchange as is the practice with the PPMC till today. Other areas of subsidies are import duty waivers, tax exemptions and/write-off arrears, unremitted revenues, loans and guarantees and grants/subventions.

As it were, what would have become of Lagos is left to be imagined if he had not created the FCT, Abuja.

But beyond Abuja’s development is his most successful strides towards national economic recovery. By March, 1988, things had gone out of hands and our economy ship got flooded with water, so much that the more crude oil we pumped, the deeper our ship got sunk. And there was the need to bail out the water that these over 600 ventures had become.

IBB, as he is fondly called, took the bull by the horns and promulgated a decree establishing Technical Committee of Privatisation and Commercialization (TCPC), which later transformed into the Bureau of Public Enterprises.

TCPC was conceived to drive the Structural Adjustment Programme (SAP) of the then government which was built on two interrelated components – Privatisation and Commercialization. Had it been properly-driven, it would have rolled back the frontiers of state capitalism and emphasize private initiative as the engine of economic growth and sustainability.

1993 remains a milestone in our history as a nation. It was the year of a little to the left and a little to the right. TCPC submitted its report that year and recommended the establishment of Bureau of Public Enterprises to continue the privatisation process. IBB’s government accepted and promulgated the BPE Decree No. 78 of 1993.

Consequently, the members of TCPC metamorphosed into the management board of the BPE. The 11-member board was headed by Dr Hamza Rafindadi Zayyad as the chairman.

But worryingly, the memory of this beautiful move by IBB to the right to reposition Nigeria’s economy seems to have been drowned by the move to the left, following the annulment of the only free and fair election in 1983.

The late Dr Zayyad was the pioneer economic revivalist. A few of the remarkable efforts of the years of this silent achiever are:

2. The committee recognized that corruption and mismanagement thrive in the absence of transparency, accountability and due process.

3. BPE marketed a total of 1.5 billion shares to the Nigerian public.

4. Laid the foundation for the exponential growth of the capital market.

5. The sale of the shares afforded the Nigerian investing public the opportunity to own shares in the enterprise. It also significantly deepened the Nigerian capital market.

Abacha years were a minus to the BPE revolution at advancing our economic plans to catch up with the world that has left us behind. There wasn’t a single transaction in all the five years he sat in the saddle.

He was not just a plunderer, but was equally a waster of time and resources.
In Obasanjo’s regime, the BPE revolution led to the creation of pension office and reforms to drive the stability of pensioners’ post service comfort for working class citizens.

This pay as you go contributory system has seen those who would have ended 35 years of service to the nation to earn three to four million naira as severance allowances, now earning as much as 18 to 24 million naira, which is of course translating into retirement stability for
many.

A flicker of hope appeared with our return to democratic government. Obasanjo’s presidency led to a number of reforms. Those driven through BPE seems to be the most sustainable. Corruption was fingered as the monster that must be murdered if Nigeria and Nigerians must survive. His government never hesitated at aiming for its jugular.

This led to the establishment of the EFCC which first office was housed at the BPE and with a working fund of 100 million as its take off loan from the same BPE. A synergy was formed between BPE and EFCC to rid the nation of corruption while setting new agenda for national economic reforms.

The NCC bill and eventual privatization of the communications sector prepared us for the digital economic development of which we are a part in the global market today. The gains from BPE’s decision under Obasanjo to unbundle the government of NITEL’s burden far outweighs its losses.
El-Rufai’s stay at BPE are undoubtedly his best in his years of service to Nigeria.

A bold and courageous young man that needed support in the privatisation vision of his principal, Olusegun Obasanjo.
Ribadu who was the pioneer Chairman of EFCC found no less courage in OBJ also. He was bold enough to take on his boss in the police force who was consumed by their fire of economic revival.

Legislations, more than any other thing, have been the clog in the wheel of progress of BPE. It was so bad that some of its achievements were reversed for lack of legislative protection.

For example, the Obasanjo’s sale of Kaduna refinery was conceived by BPE under Malam Nasir El-Rufai to stop the endless drain pipe that it had become to the national treasury.

Unfortunately, the corrupt cabals who are getting irrigated and fattening up from its leakages will stop at nothing. So, they had their way, with Obasanjo out and late President Umar Yardua in, thereby having Dangote’s ownership of it revoked. Unfortunately, annually we are committed to turnaround maintenance with a total sum of $25.6 billion spent on it between then and now and another $1.5 approved for this year.

Dangote has moved on from the wrong business decisions of government which should have no business in business, but not Nigeria. Our refineries are still a huge burden to us. NNPC is a republic on its own, the very republic in control of corruption in Nigeria.

The PIB bill is nothing but a revelation. With its 30 percent debt from NNPC generation for “Frontier” exploration is a new addition to the PIB bill. This figure was not discussed during the public hearing or debates while the bill was being discussed.

Where in the Nigerian constitution is Frontier exploration? If an unknown entity to the constitution is scheduled for a benefit of 30 percent according to the PIB bill and this is passed, then something is not just wrong with the NASS, the 200 million people they are representing are political illiterates needing urgent education in legislative revolution.

Though corruption is still prevalent in the pension office and has to be dealt with, that not withstanding, funds in the pension pool continue to grow from 800 billion which could hardly be accounted for to the tune of 2.3 trillion and then to 10 trillion. All thanks to the pool, from which our present Buhari-led administration has taken loans to take care of some exigencies of government.

Buhari would do well by taking the hands of NNPC and other agencies away from the cookies jar. BPE is an arm of the Presidency. The bill that sets it up states: “The Presidency, Bureau of Public Enterprises.”

ALSO READ  2023: Ukodhiko and the imperatives of purposeful representation

The only institutional approach to rid our country of corruption and drive our economic development process is to encourage our much-needed privatization by improving on this administration’s reach out to BPE.

The determination of government for a slice in Dangote’s refinery in Lagos through NNPC is unclear.
The mission of BPE to take government away from the business looks good under Alex Okoh.

But then, the legislative framework to protect decisions made in the interest and favour of the country is sacrosanct.

Since 2005, the BPE has been lying prostrate at the mercy of the National Assembly with seven more reform bills waiting for the decisions of our representatives who should, from now, start representing us.

Okoh, the Director General of Bureau of Public Enterprises, is not oblivious of what to do to set Kano on the path of Dubai and Lagos for Hong Kong. But then, the president must own the drive and the National Assembly, the wheels.

He noted that in 2006 alone, the concept accounted for 68 percent of China’s Gross Domestic Products (GDP) which is about $1.5 trillion. The loan we need to take from China is a knowledge loan to which we are all being pointed by Okoh.

According to him, 87 percent of China’s exports are FTZ’s. In his opinion, the reform of FTZ is necessary to drive our economic development revolution.

Dr Bolaji O. Akinyemi is a strategic communicator and media guru, he writes from Lagos.
bolajiakinyemi66@gmail.com