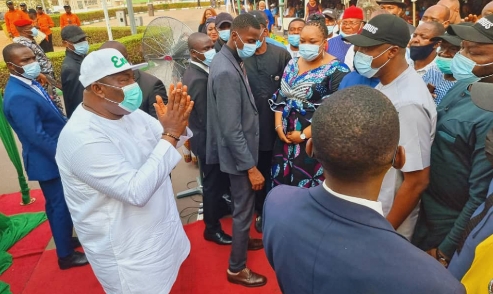 A delegation of the people of Igbo-Eze North Local Government Area of Enugu State comprising public office holders, those in the business sector and the Diaspora, the clergy and traditional rulers, youths and women, on Friday, trooped to the Government House, Enugu on a Thank-you visit to Governor Ifeanyi Ugwuanyi, in appreciation of the enduring peace and security in Enugu State as well as the numerous development projects of his administration in their area council in particular and the state in general.

The people of Igbo-Eze North LGA described Gov. Ugwuanyi as an epitome of peace, humility and good governance, adding that the Local Government has never experienced the level of peace and development it enjoys today since its creation.

They maintained that Gov. Ugwuanyi has brought peace in Enugu Ezike, assuring the governor that they are solidly behind him and all his decisions between now and 2023.

The people added that Gov. Ugwuanyi’s administration has executed development projects in the council area such as massive construction of roads, ongoing construction of a massive Amenity Hospital at Ogrute General Hospital, which is higher than Type-3 Hospital, including other health facilities, markets and sports facilities, among others. 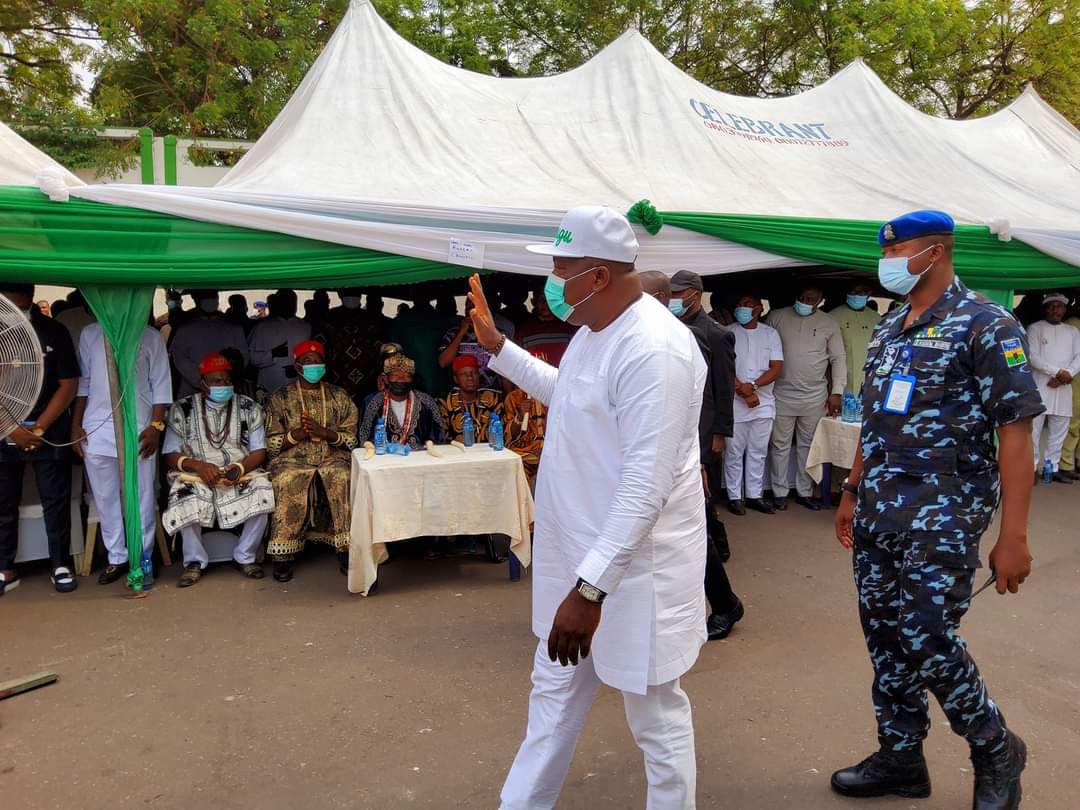 They pointed out that sons and daughters of Igbo-Eze North LGA, including the businessmen and those in the Diaspora who returned home for the Yuletide were overwhelmed and delighted at the peace and security in the area in particular and Enugu State in general, stressing that the visit was to appreciate Gov. Ugwuanyi for his sterling leadership qualities and the good works of his administration in transforming their area, especially Ogrute, the Council Headquarters.
Speaking on behalf of the Diaspora, an illustrious son of Igbo-Eze North LGA and a renowned philanthropist, Don Chris, thanked Gov. Ugwuanyi for bringing peace to Enugu Ezike, adding: “You (Ugwuanyi) are a man of peace and we thank you for all the support you have been giving to our people in terms of development of communities and empowerment”.

ALSO READ  When Failure Is Knocking, It Is Evil Men Who Herald It First Pretending To Be Doing A Favour To The Victim

Describing Gov. Ugwuanyi as a good man, Don Chris told the governor to “be reassured that we are solidly behind you and will remain behind you”.

According to the philanthropist, “We will join hands together to continue to support because you are a good man. Your works in Igbo-Eze North LGA speak volumes. There is peace in Enugu Ezike because you created the enabling environment for peace. We are here today because there is peace”.

Speaking on behalf of the business class, the Managing Director of Ferotex Construction Company Limited, Chief Festus Onu, also expressed gratitude to Gov. Ugwuanyi for the numerous road projects, health facilities, boreholes, among others, his administration has executed in Igbo-Eze North LGA.

Chief Onu disclosed that the businessmen, politicians and those in the Diaspora from the area are at peace, united and happy with Gov. Ugwuanyi, hence the Thank-you visit. 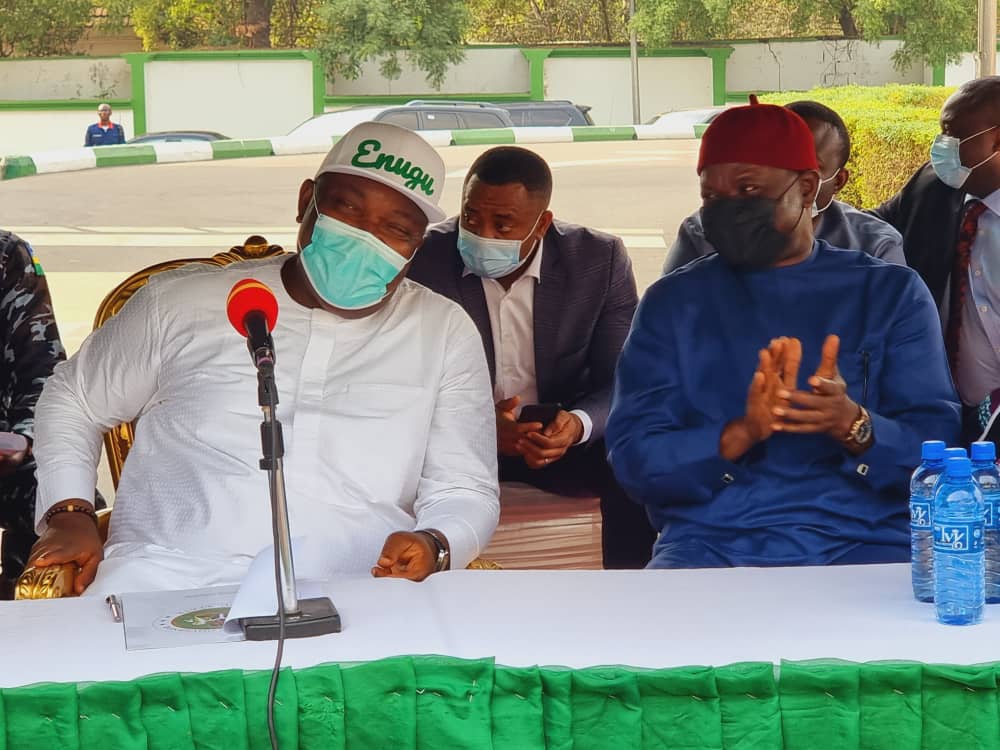 Corroborating their verdicts, a Chieftain of the All Progressives Congress (APC), Hon. Mathias Omeh, who spoke as an indigene of Igbo-Eze North LGA, recounted the remarkable achievements of Gov. Ugwuanyi’s administration in the council area saying: “I went home and I saw the hospital and the roads. They are spectacular. Thank you for the roads; thank you for appointing our son as the Chairman of Enugu State Civil Service Commission”.

On behalf of the Clergy, Rev. Fr. George Abba, eulogized Gov. Ugwuanyi for his humility, fear of God and compassionate disposition to the needy and less privileged in the society, narrating how the governor’s milk of kindness has touched many indigent families in various communities and beyond.

Delivering their verdict, the traditional rulers said that the peace, security and development brought to the council area by Gov. Ugwuanyi’s administration are unprecedented, noting that most of their sons and daughters in the Diaspora returned home for the festive season because of the governor’s accomplishments. 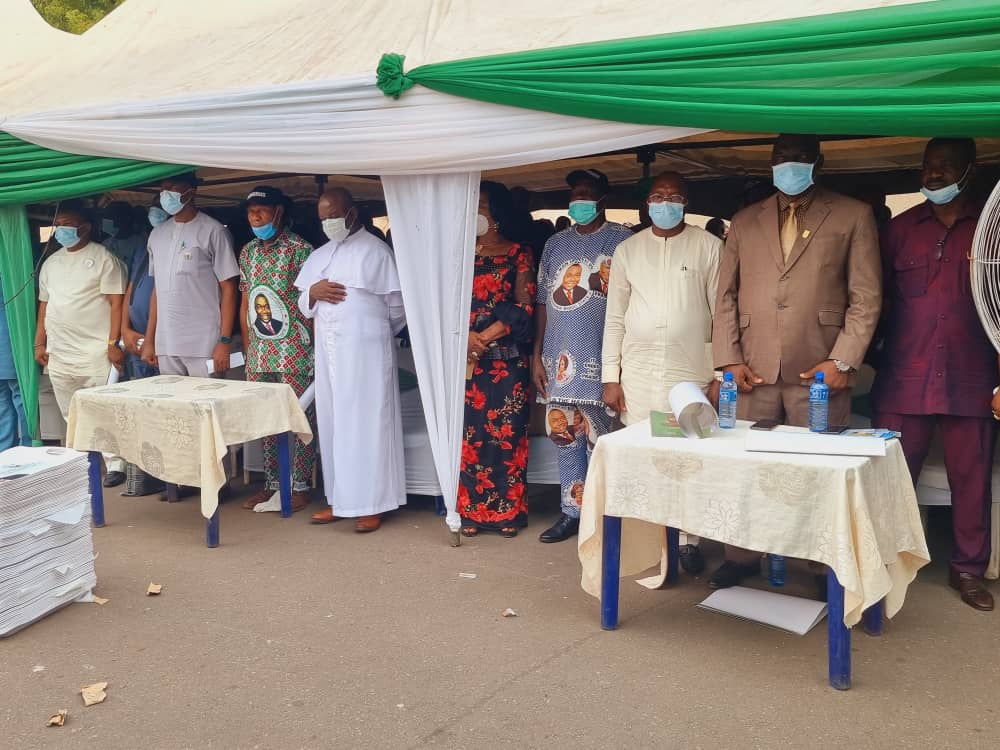 A notable woman leader from Igbo-Eze North LGA, Dr. Sally Adukwu, applauded Gov. Ugwuanyi for his humility, stating that “you are the epitome of humility and peace among your peers”.

Dr. Adukwu who thanked the governor for empowering their people, said: “Your compassion exceeds the thoughts of your peers. You like peace and you make peace even with children. You have made yourself to be accepted by God and mankind. This man is a man of peace”.

Also speaking on behalf of the youth, Hon. Chidi Yakubu (Concord), revealed that Gov. Ugwuanyi’s presence is a blessing to the youth of Enugu State, stressing that what the governor is doing in agriculture, education, health, security, peace, rural development, workers’ welfare, youth empowerment, etc, are commendable.

Like Loading...
Kindly Share this Story
Previous PostYoruba, Hausa Traders Reunite in Sasa 10 Months After Bloody Clash Next PostAPC Is Fast Becoming Harborage For Renegades And Moles From PDP