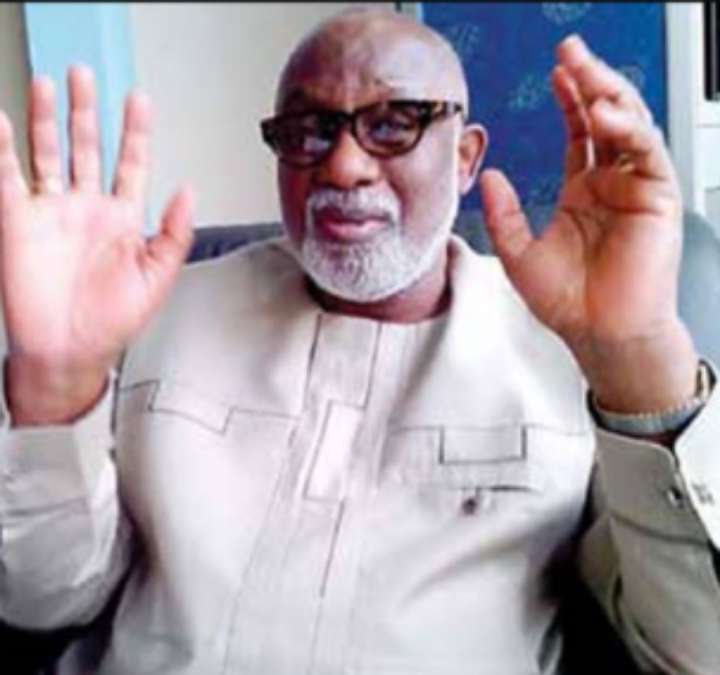 Ondo State Governor, Mr Rotimi Akeredolu, a Senior Advocate of Nigeria (SAN), has appealed to residents of the state not to take laws into their hands over an attack on indigenes of the state in Rukuba village of Plateau State.

So far, no fewer than 12 suspects have been arrested in connection with the incident.

The Governor, in a statement signed by his spokesperson, assured them the situation is under control.

He also appealed to the people to refrain from any hasty colouration of the incident, maintaining that Ondo State indigenes living in Plateau State are not targets of any religion or ethnic crisis.

Some 25 persons had been confirmed killed and 14 injured along Rukuba road in Jos North Local Government Area of Plateau State on Saturday morning.

The victims were attacked while travelling from Bauchi en-route Jos to Ikare in Ondo State.

Plateau State Governor Simon Lalong has reacted to the incident in a statement signed by spokesperson Simon Makut.

The Governor condemned the attack and warned troublemakers bent on fomenting trouble in the state to desist as the government will not allow any form of lawlessness to disrupt the peace of the state.

The Governor said that attacks on innocent citizens, no matter their background, will never be tolerated in the state and those who are found to be behind such attacks will be dealt with decisively to serve as a deterrent and restore public order.

The statement added that the Governor has also directed security agencies to swiftly identify and arrest perpetrators.

The spokesperson of Operation Safe Haven, a military task force set up to maintain peace in Plateau State, Major Ishaku Takwa, said 12 persons have been arrested in connection with the incident, while normalcy has been restored in the area.