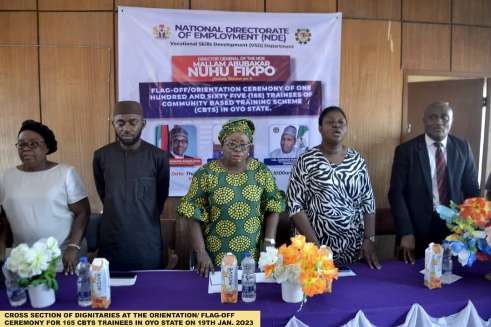 As part of effort aimed at deepening the fight against unemployment in the country, the National Directorate of Employment, NDE, has commenced an intensive Community Based Training Scheme (CBTS) for one hundred and sixty-five (165) unemployed youths under the Vocational Skills Department, VSD, of the agency in Oyo State.

Speaking on behalf of the NDE Director General, Mallam Abubakar Nuhu Fikpo, during the flag-off ceremony in Ibadan, the NDE Oyo State Coordinator, Mrs Olayinka Olayemi, explained that the CBTS training was designed to impact the needed trending vocational skills that will bring succour to the teeming unemployed youths in the country. 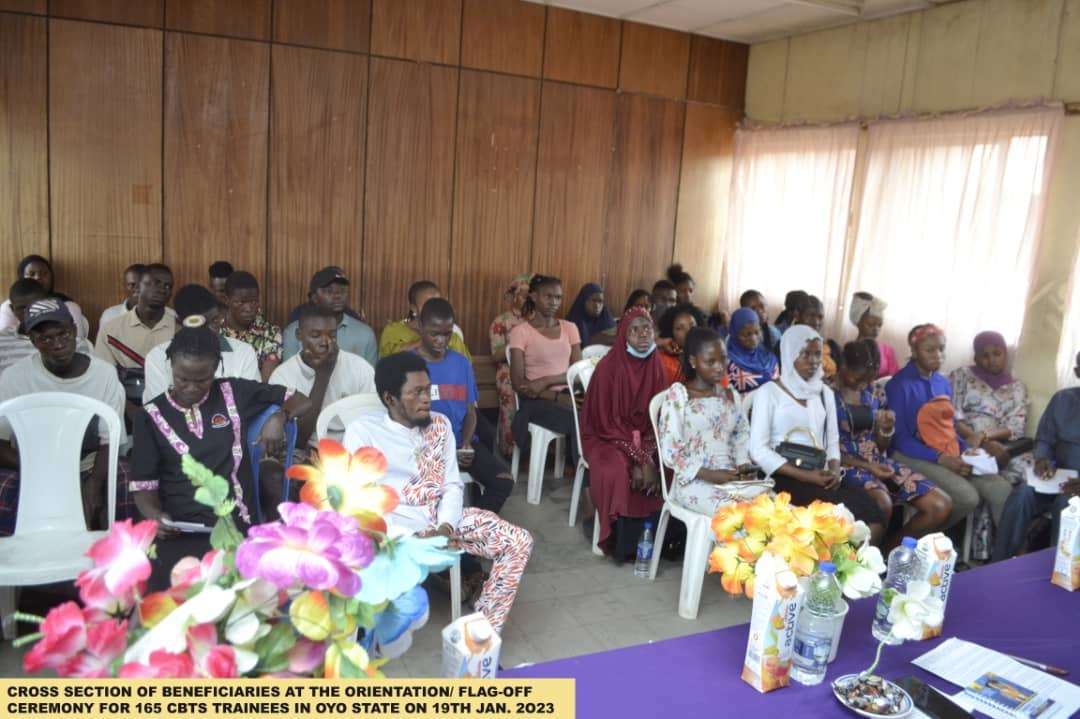 He noted that the CBTS Scheme, was created to build competent artisans in both rural and semi-urban areas who would in turn become self-employed and further create wealth and reduce poverty in line with the objective of the present administration. 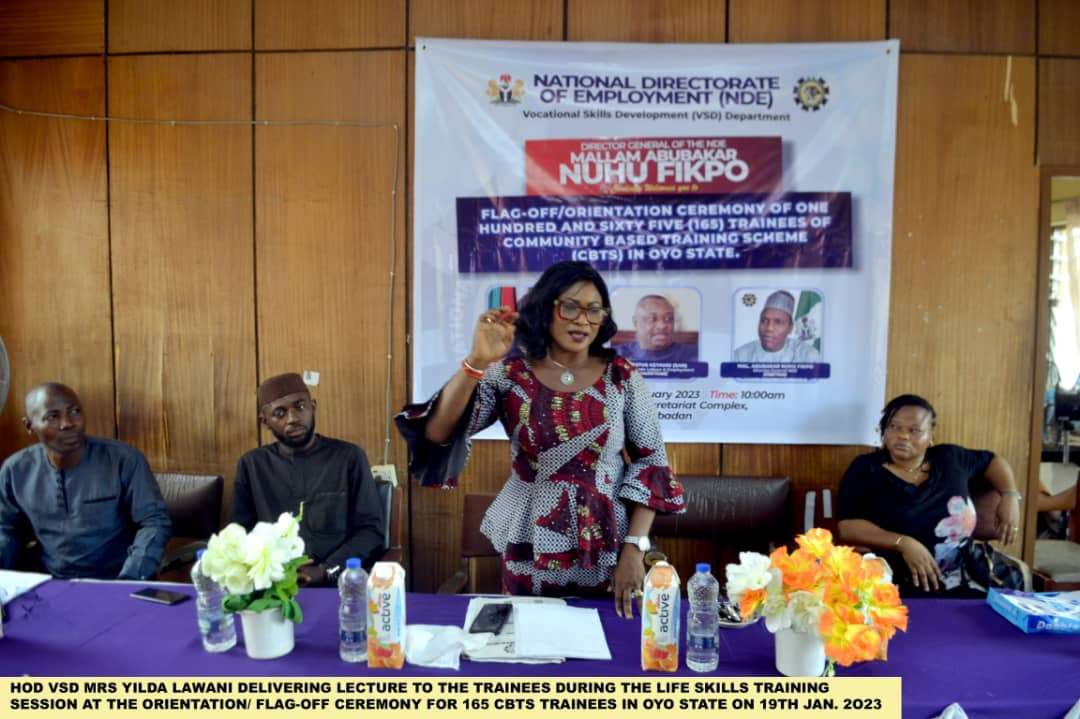 He also explained that the training will expose the beneficiaries made up of five trainees from each Local Government of the state to various emerging marketable skills sets such as Beauty Therapy, Catering, Fashion Design, Barbing, Aluminum, Welding, Shoe Works, Photography, Decoration, Block Making Art gallery, Computer and Electrical Installation so as to enable them to be self-reliant. 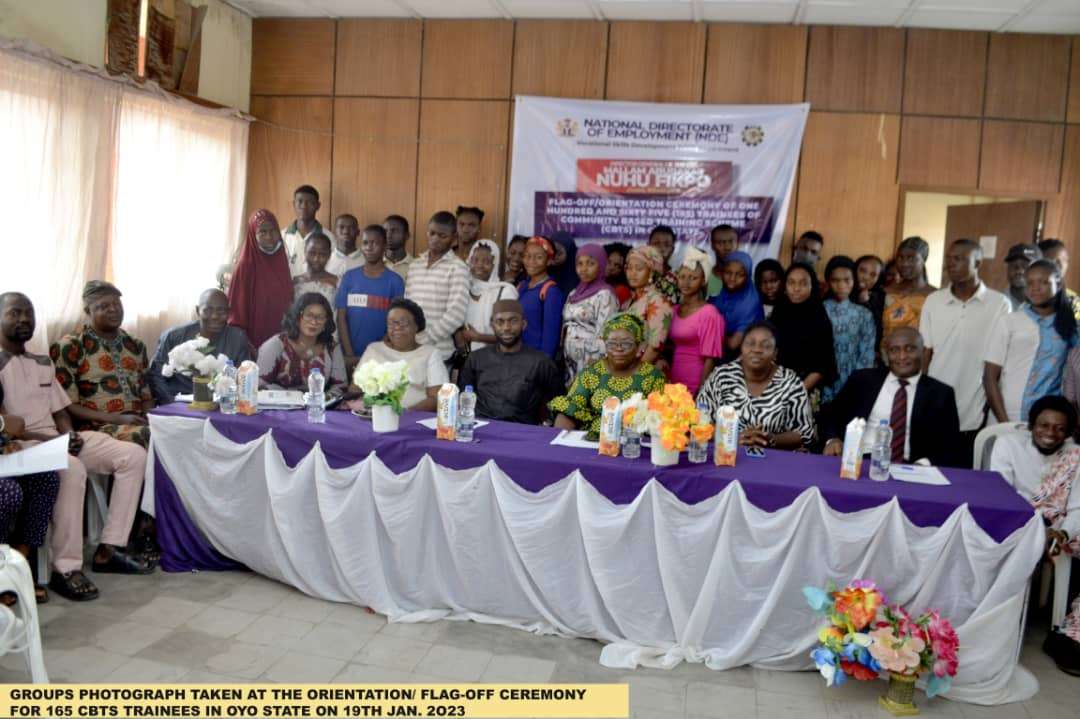 He added that such move will propel micro economic growth and curb the rising crime rate in the country.

The head of Vocational Skills Department in Oyo State, Mrs Hilda Lawani, pointed out that the scheme will go a long way in lifting the youth out of poverty and urged them to make good use of the rare opportunity to become self-reliant and an agent of change in their communities and country at large. 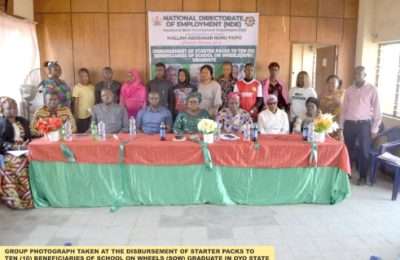