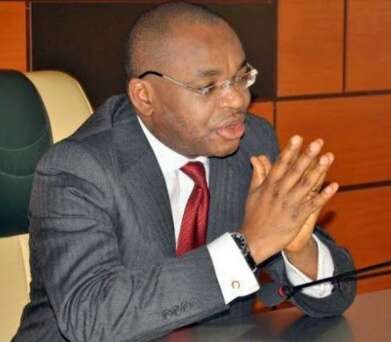 …As Gov. Emmanuel Insists on 14 Days Isolation by Interstate Travellers

The Akwa Ibom State Governor, Mr Udom Emmanuel has unveiled plans for gradual reopening up of movement within the state.

He stated this on Thursday during a chat with journalists in Government House, and sympathized with the people for the inconveniences the lockdown might cause.

Governor Emmanuel who also noted how people have flouted the interstate lockdown, warned that anyone or vehicles with passengers entering the state would be placed on 14 days isolation at the point caught by the Security agencies.

The Street Reporters Newspaper reports that the State Executive decried a situation where doctors tend to make the Ibom Specialist Hospital a dumping ground after their cases had reached crises stage, after they refused to adhere to repeated warnings, by keeping patients in their facilities instead of reaching out to the COVID-19 team.

He said that in the last couple of days, 44 samples were sent for testing and only 3 tested positive for the Corona virus and one being a dead victim.

ALSO READ  When the People Shall Have Nothing More To Eat…

Mr Emmanuel who reacted to an incident where a 68-year old woman passed on few hours after arriving the hospital unconscious, urged people to avail themselves of the call center numbers of the situation room, to report any case for prompt response.

He said that the medical facilities put in place by his administration were second to none and said cases could easily be arrested once they are brought on time.

ALSO READ  It's A New Year OF Hope And Determination

The Governor expressed delight at the recovery rate of patients in the state Isolation center and applauded the medical Team for the job well done, saying their contributions attracted plaudits from the Nigerian Center for Diseases Control.

He maintained that only 6 active cases of Covid 19 are receiving treatment at the Isolation centers.

This brings the total number of cases to 16, 9 discharged and 2 deaths.