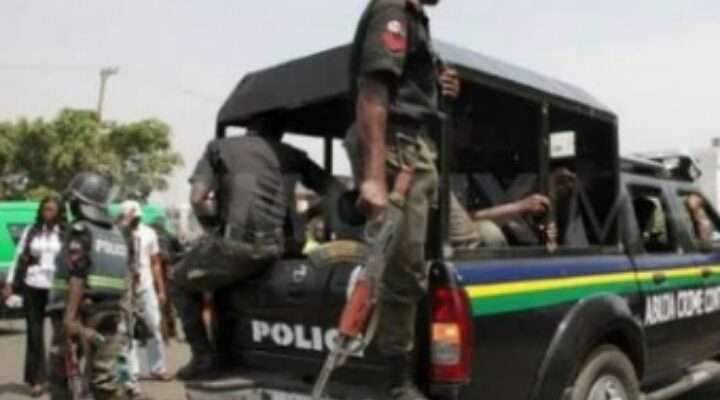 The Street Reporters Newspaper reports that in order to stem the tide of cultism and other nefarious activities in Anambra State, the State Command Special Anti-cult unit (SPACS) has raided various hideouts where suspected cultists hibernate and arrested the syndicates with Sophisticated weapons.

On the 21/7/2020 at about 5am, following a tip off, Police operatives attached to the Command Special Anti-cult unit arrested one Somtochukwu Onyebuchi ‘m’ aged 20 years of iwu village, Ogidi in Idemili North LGA of Anambra State.

The suspect who has been on the Police wanted list also specialises in initiating teenagers into secret cults.

Meanwhile, all the suspects have voluntarily confessed and investigation is ongoing after which they would be brought to book.

On the 23/7/2020 at 2:30am following actionable intelligence, the Command Special Anti-cult unit(SPACS) arrested a member of Ayes Confraternity one Chibuike Nwagozie ‘m’ aged 21 years of Nnewi town. Suspect led the police operatives to their hideout at Umudim Nnewi in Nnewi North LGA where five other gang members were arrested.

Meanwhile, investigation is ongoing after which suspects would be brought to book.

From all the raids carried out so far, a total of 103 suspects were arrested.

30 Cult suspects were screened out and released unconditionally, 20 suspects were charged to court. 28 were placed under police supervision for being under aged while 25 suspects are undergoing investigation.

The Commissioner of Police, CP John B.Abang thanked “Ndi Anambra” for providing the Command with actionable intelligence and reassures the public of adequate protection.

The CP further made a clarion call on all Ndi Anambra and residents alike to report any suspicious persons or movements to the nearest Police Station or call police emergency number 07039194332 for prompt response.