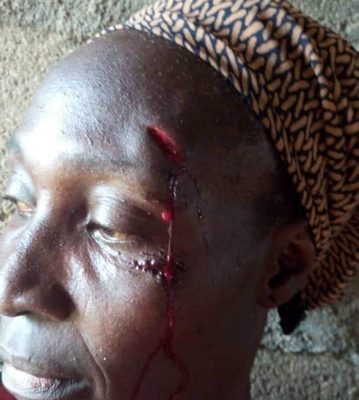 A human rights organization, the Centre for Human Rights and Social Justice (CHRSJ) has requested the Police authorities in Nigeria to remove the Lagos State Commissioner of Police, Mr. Hakeem Odumosu and the State Police Public Relation Officer (PPRO), Mr. Muyiwa Adejobi over what it termed as “dereliction of duty, lackadaisical attitude and negligence of official responsibility.”

The group accused the duo of “deliberately” ignoring “different distressed calls put to their phone lines as head of security (agency) in the State to save the life of an innocent and harmless woman, Mrs. Funmilayo Ibikunle-Akanni at Agboyi-Ketu area of the State from the hands of soldiers and their thugs penultimate Friday 2nd of April, 2021.” 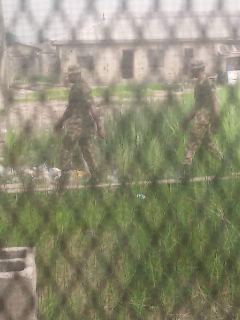 The Executive Chairman of the group, Comrade Adeniyi Alimi Sulaiman made the allegations in a statement signed by him and made available to The Street Reporters Newspaper.

Insisting that it would have called for outright dismissal of the two officers, they group said they were “just calling for their redeployment from the State because they were not ready to be responsible to the citizens they (were) appointed” to secure, alleging that the CP and PPRO “deliberately ignored the calls because of fear of involvement of two Army Corporal in the dastardly act.”

According to the human rights body, the group leadership put several calls to Mr. Odumosu (+234 8033438179) and the State PPRO, Mr. Adejobi (+234 8037168147), “for protection of the life of innocent woman that was attacked by thugs led by two soldiers, insisting that they were deliberately ignored the distressed calls, condemning the arrogant demeanor of the Commissioner of Police in the State.” 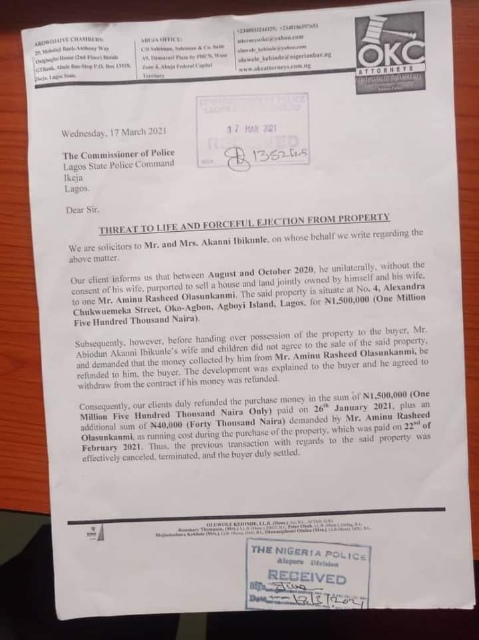 “The DCP Fayoade superintendent the diligent investigation into matter where they were discovered that One Mr. Adedoyin Adelaja (+234 8033666050), the representative of Nagode Nigeria Limited, a Chemical Supply Company Located at N0.33, Mobolaji Johnson, Oregun, Lagos, was out to mislead the Police (SCID) and DCP Fayoade used his native wisdom to settle the matter amicably for them, adding that Fayoade has shown himself as an intelligent Cop that qualified to head the Lagos State Police Command.”

“It would be recalled that an error invitation letter dated 8th October, 2020 were written to Madam Jumoke Yusuf signed by ACP Oketunji Lawrence Sola, with reference number CR: 3000 /LSX/MT.2/TF/VOL.10/79.

“The errors contained in the letter were highlighted as follows; “You are implored to interview the Deputy Commissioner of Police, State Investigation Department, Yaba, Lagos on 8th October, 2020 at 1000 am(Sic) O/C Monitor 2”.

The group alleged that they just used the letter headed paper of the police to write this incoherent letter.

“Specifically further on Madam Funmilayo Akanni’s matter , the Divisional Police Officer (DPO +234 8101286840, +234 9010511373) in charge of Alapere Police Station under which Agboyi-Ketu jurisdiction, being on the side of the attackers because while Mrs. Akanni and the people in the community reported the matter to the Station, the DPO did nothing.

“But because, the DPO, Alapere Police Station and Commissioner of Police (CP) refused to act following the official report to them, this gave Rasheed Aminu and his co-travelers audacity to act the script of descending on the harmless woman by beaten her to a stupor with a dangerous weapon where the innocent woman sustained body injuries before She was rushed to unknown hospital for emergency treatment”, the group alleged.

Speaking further on the incident the statement issued at the weekend,on Saturday, the CHRSJ’s Executive Chairman, Comrade Adeniyi Alimi Sulaiman, alleged that “the Lagos Police boss and his PPRO were refused to act because of fear of two (2) Corporal Army that involved in the attack of the innocent woman”.

He added that instead of State Police boss failed to direct the Divisional Police Officer (DPO) Alapere Police Station to arrest the alleged three culprits: Rasheed Aminu, Baale Oko-Agbon and Oba Agboyi Ketu, knowing “that they did not have any immunity.”

He insisted that the violent physical attacked, peculiar assault, breaking and entry, willful and malicious damaged, unwarranted ejection, stealing and attempted murder with the violation of fundamental human rights of Madam Akani and her children were orchestrated by Rasheed Aminu, Baale Oko-Agbon and Oba Agboyi Town for refusing to vacate her husband’s residential building in the community.

He further explained that the property including her phone were damaged by the hoodlums coordinated by two soldiers hired by Rasheed Aminu and Oba Agboyi Town, adding that the Soldiers acted contrary to section 217 of 1999 Constitution of the Federal Republic of Nigeria (as amended).

He took a swipe at the action of the State Commissioner of Police for refusing to pick all the emergency calls put to him severally and as well “directing his PPRO (Muyiwa Adejobi) not to pick his call too when the action of the hoodlums was threatening the peace and security of the fellow innocent human being.”

According to him, “As a human rights body, we will not fold our arms and allow the tax payer officers to breach public spirited service contract to the Nigeria masses”.

Sulaiman who doubles as the Convener, Save Lagos Group (SLG), therefore, called on the newly appointed Acting Inspector General of Police (IGP), Alkali Baba Usman, Chairman, Police Service Commission (PSC) Alhaji Musliu Smith, Executive Secretary, National Human Rights Commission (NHRC) and other concerned authorities to wade into the matter before it snowballs into “an uncontrollable crisis,” calling for “the immediate arrest of the Rasheed Aminu, Baale Oko-Agbon ,Oba Agboyi Town, the two soldiers and their hoodlums for proper investigation and possible prosecution.”

He submitted that the human rights organisation would soon write the appropriate authorities to report the whole scenario for necessary action in order to save the life of the innocent woman and his children.