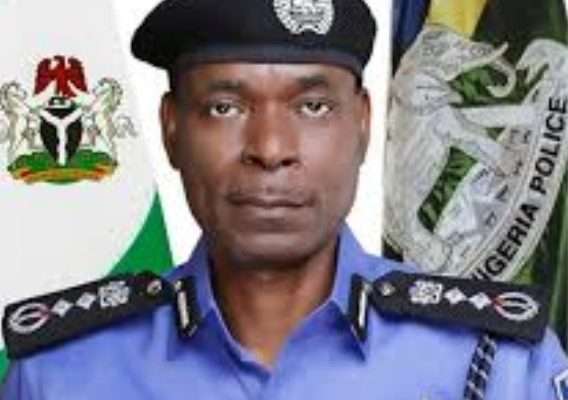 By Sulaiman A. Abba

Succession planning is a process for identifying and developing new leaders who can replace old leaders when they leave, retire or die.

This planning increases the availability of experienced and capable hands that are prepared to assume these roles as they become available. Taken narrowly, “replacement planning” for key roles is the heart of succession planning.

In military, police and other armed security services as well as in every government institution, succession planning aims for continuity of leadership, preventing a chaotic power struggle by preventing a power vacuum.

The planning for a successor to the top office in the Nigeria police is heading for a major test this February as the current Inspector General, Mohammed’Adamu retires on attainment of the of 60/35 years service age stipulated by the civil service rules of the nation.

The Nigeria Police Force (NPF) is the principal law enforcement and lead security agency in Nigeria with a staff strength of about 371,800 and a current plan to update to 650,000 by recruiting 280,000 new hands.
Constituting instruments for the Force are: Section 214 of the 1999 Constitution of the Federal Republic (as amended) and the Nigeria Police Act 2020.

The NPF is a very large organisation consisting of 36 State commands grouped into 12 zones and 7 administrative organs.
The Inspector General of Police, (IGP), is the head of the Force as the most senior officer in the police service.

The pioneer IGP is Louis Edet and the current IGP is Mohammed Adamu who is billed for retirement on February 1, 2021.
Quite expectedly, weeks to Adamu’s retirement, the issue of a likely replacement has taken centre stage and throwing fresh questions unto the nation’s succession planning process.

The unfolding scenario has pitched legitimate claimants to the office as per the 2020 Nigeria Police Act against several others hanging in the wings for an opportunity.

In 2020, the NPF underwent major overhauls when President Muhammadu Buhari in a memo dated September 16, 2020, communicated his assent to the Nigeria Police Bill, 2020 to the National Assembly.

Specifically, the new Police Act provided among others, that a person to be appointed IGP shall be a senior police officer not below the rank of an Assistant Inspector General of Police (AIG), with the requisite academic qualification of not less than a first degree or its equivalent in addition to professional and managerial experience.

Part 111 Section 7 (6) of the Act, which repealed the Police Act Cap. P19, Laws of the Federation of Nigeria, 2004, prescribed a four-year single tenure for a person appointed to the office of the IGP subject to the provisions of clause 18 (8), which stipulates that every police officer shall, on recruitment or appointment, serve in the Nigeria Police Force for a period of 35 years or until he attains the age of 60 years, whichever is earlier.

Also as per the provisions of the Police Act 2020, all the three DIGs and two AIGs in the race for the office of IGP have been caught in the web of the hurdles as none of them has four more years left in the service – a statutory prerequisite for eligibility.

As the general practice has been in the country the position is usually filled by a serving AIG, while those on the rank of DIGs are retired along with the IGP.

Thus going by this standard practice, it becomes apparent that majority 23 of the officers in the AIG cadre have less than 2 years to serve in the capacity as IGP when so appointed due to the unquestionable facts that either by age or longivity in service they must retire as at when due.

Also, the chances of the two candidates believed to be favoured by the retiring IGP in conjunction with two other retired AIGs as likely successors; AIGs Garba Umar and Hafiz Inuwa become jeopardized as both are caught in the disqualification web of the provisions in the new Police Act on remaining years of service.

While AIG Garba Umar has May 15, 2023 as retirement date, AIG Hafiz Inuwa is expected to exit on March 21, 2024.
Others said to be in contention for the job but have no requisite four years are AIG Dan-Mallam Mohammed and Zanna Ibrahim. Dan-Mallam was born on January 1, 1963 and enlisted in the police on March 15, 1988.

In the meantime, the only senior police officer of northern extraction who is not entangled by the provisions of the Police Act is Dasuki Galadanchi, a Commissioner of Police who is due to retire on March 3, 2025.

His only snag, however, is that he is widely believed not to be in the good books of outgoing IGP Adamu, part of the reasons why when his mates and even juniors were promoted recently, his name was inadvertently ommitted.

CP Dasuki, who is number two in seniority on the staff list among the 97 commissioners of police currently in service, is expected to be a beneficiary of the next promotion to the rank of AIG.

Reports said that he has already been deployed to the Force CID Annex, Lagos, as acting AIG ahead of his anticipated elevation to the substantive rank at the forthcoming PSC meeting.

An Alumnus of NIPPS Kuru, born on January 10, 1966, Galadanchi was Commissioner of Police in Imo State, from where he was redeployed to head the Police Cooperative Society in Lagos. He earlier served as deputy commissioner of police in Ekiti, among other postings.

Another officer among the current 29 AIGs that could have scaled the hurdles of the provision of the Police Act 2020, Moses Jitoboh has inadvertently been promoted to the rank of DIG expected to be endorsed at the next PSC meeting which could be soon.
Jitoboh was Commissioner of Police in Adamawa State, CP General Investigations at the Force Criminal Intelligence and Investigations Department before he was appointed an AIG.

As AIG, he headed Zone 8 headquarters in Lokoja before he was transferred to border patrol.

Born on June 1, 1970, AIG Jitoboh who hails from the southern flank of the country still has nine years in service, but after attaining the DIG, he too would be out of the match and out of the cup. This would in the end, render the choice for the next IGP a matter between legitimate claimants and opportunity seekers.

Lastly, there are strong indications also that subtle moves have begun to secure the extension of Adamu’s tenure beyond his retirement date which is creating tension among men and officers of the police force.

To state that the nation requires the services of a man or woman that will hold the office for a long time will be saying the obvious. No thanks to the insecurity that has held the nation prosprate in the last two decades.

AIGs are already versed with policing work and will not be strangers in a terrain they are farmiliar with if appointed to the position of IGP.

Furthermore, AIGs as earlier stated are grounded men and women in the act of policing, whereas, in the military any officer on the rank of a Brigadier – General can be appointed as service chiefs if convenient for the President.