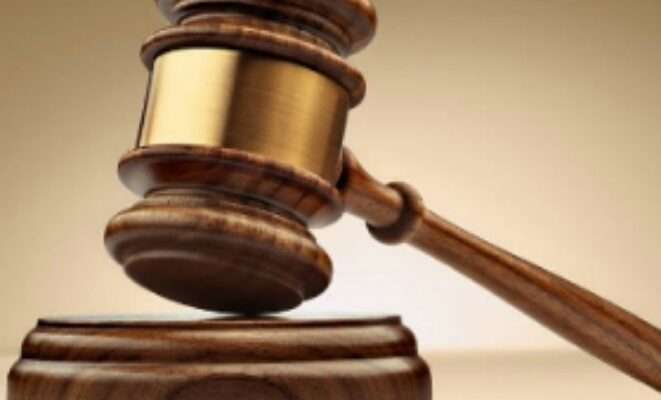 Rape of 11-year-old: Man to Spend 25-years in Prison Plus This

…As Court Adds Hard Labour to Verdict against Rape

A 36-year-old man, Ugochukwu Obiakor is to spend 25 years in prison custody for the rape of an 11-year-old girl, an Abeokuta High Court in Ogun State has ruled.

The Street Reporters Newspaper reports that Obiakor, who had pleaded not guilty to a one-count charge, was convicted for forcefully having sexual intercourse with the 11-year-old.

ALSO READ  The Crap Called Ejagham Governorship Is A Metamorphosis As You Can't Jump From 1 To 10, Without Passing Through 9

Delivering her judgment, the Chief Judge of Ogun, Justice Mosunmola Dipeolu, held that all evidences presented before the court by the prosecution was tenable and found the convict guilty as charged.

The prosecution counsel and Director of Legal Drafting in the state, Mr James Mafe, had earlier told the court during trial that the convict committed the offence on Sept. 4, 2017 at Omu- Aleku Village in Mowe area of Ogun.

Mafe said the convict forcefully had sexual intercourse with the 11-year-old girl while the medical results conducted revealed that the victim’s hymen and vagina laceration was broken.

He said the victim was in her mother’s shop when the convict came to make purchases.

The prosecutor said the convict later came back when the mother left the shop.

He said Obiakor told the girl that her mother was owing him money, adding he wanted to collect the sum.

The prosecutor said the convict opened the shop’s burglary-proof railings and dragged the victim to an uncompleted building beside the shop where he raped her.

He said the offence committed contravened Section 32 of the Child Rights Law of Ogun, 2006.