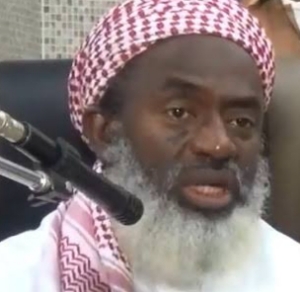 According to a report by Channels Tv ON Friday, the DSS confirmed the invitation.

“Sheikh Gumi was invited by the Service,” the service’s spokesmperson, Peter Afunaya, said in a response to a Channels Television enquiry.

The spokesman added that “it is not out of place for it to invite any person of interest.”

However, the cleric, speaking to Channels Television after Friday mosque duties, said he is not aware of any invitation.

“Nobody invited me for questioning or any arrest,” he said.

Although the DSS did not confirm the rationale for the invitation, Sheikh Gumi has recently been outspoken on the issue of banditry in Nigeria.

According to the cleric, amnesty should be extended to bandits, who he says have been ‘forced’ into criminality due to, in part, government neglect. In a recent interview, Gumi alleged that some military operatives actively connive with bandits to wreak havoc on the country.

ALSO READ  Does Nigeria Deserve Us?