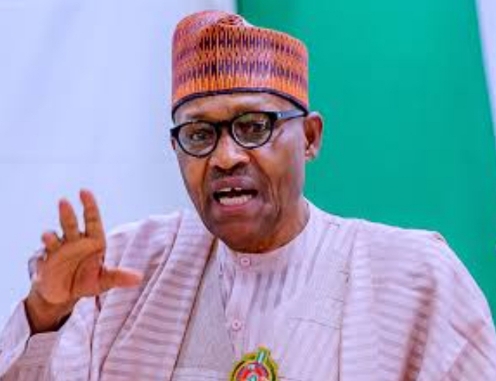 …Says BUHARI will ll be Remembered For Letting Armed Fulani Terrorists Kill, Maim At Will

Civil Rights advocacy group, Human Rights Writers Association Of Nigeria (HURIWA) has dismissed the valedictory New Year speech of President Muhammadu Buhari as the last ditch efforts by a comprehensively failed President to deploy deceitful propaganda to try to embellish a failed administration that stood by whilst armed Fulani herdsmen slaughtered thousands of innocent farmers in different states of the Federation.

HURIWA emphasised too that the eight years failed government of President Muhammadu Buhari would be remembered for as long as humanity continues to pen down history because the government of Muhammadu Buhari is known for incubating and motivating the formation of a well sophisticated Fulani militia in the North West states of Zanfara, Kaduna, Kebbi, Sokoto and Katsina, which largely concentrated on seeking to wipe out and depopulate the Indigenous Hausa speaking natives of those Northern States in order to seize a large swathes of landed assets for occupation by the few native Fulanis and their kits and kins that illegally emigrated from Niger, Chad and Cameroon in search of pastures for their dismissing numbers of cows.

HURIWA reminded President Muhammadu Buhari that even his Federal Attorney General and Minister of Justice, Abubakar Malami, who ought to act on the sides of the laws of Nigeria stated in a letter of reply to HURIWA that his office hasn’t prosecuted any of the accused armed Fulani herdsmen for the killings of farmers in Benue, Southern Kaduna, Enugu, Plateau States and several other parts of Nigeria because in his flimsy excuse, there is no case files built around those alleged killings suspected to have been masterminded by armed Fulani terrorists.

HURIWA had asked the Federal Attorney General why his office did not prosecute armed Fulani mass murderers.

HURIWA said “Has this government no shame and honour? Why reel out half truths and outright lies as the achievements of this failed government?

“Even when the President around the last day of the Year 2022 was busy composing his speech or training on how to read the speech written for him, armed Fulani terrorists were unleashing devastating violence on the people of Kaura Local Government Area of Kaduna State killing over 48 farmers and even putting a call to one of the victims telling the victim of their deadly crime of terror and brutality that they will come back for more festivals of killings of these Christian farmers” HURIWA said.

HURIWA accused President Muhammadu Buhari of letting armed Fulani terrorists invade Eha-Amufu communities in Enugu State during the Yuletide season and killed over 50 Indigenous Igbo farmers just as the General Officer Commanding the 82 division of the Nigeria Army who is Fulani failed to track and arrest these killers who are armed Fulani terrorists hired by some Benue Communities waging land war with their Eha-Amufu Enugu State neighbours for years.

HURIWA said that the President and the Governor of Kaduna State are both Muslim Fulanis and they stood by doing nothing for eight years just as armed herdsmen killed, maimed farmers of Christian Southern Kaduna Communities.

“Indeed the Kaduja State governor Nasir Elrufai had in 2016 confirmed that he paid some of the Fulani terrorists from Chad to stop killing these Christian citizens of Kaduna State and yet again President Muhammadu Buhari saw no conspiratorial link between such a man who made a confession to have paid off killers of Nigerians instead of arresting them, prosecute and deal with them in accordance with the law.

“So the statement in the New Year’s message of President Muhammadu Buhari that he went about his administration in line with the dictates of the law is not true in any way or fashion.”

HURIWA said: “This President Muhammadu Buhari’s administration has gone down in history as the one who treated Fulani terrorists with kid gloves to an extent that one of the terror kingpins who confessed to Trust Television that he killed hundreds of Hausas and that he doesn’t take ransom but kills and indeed this terrorist in chief was conferred with a traditional title as the leader of Fulanis in a part of Zamfara State just as the Deputy Governor of Zamfara State has actively campaigned for this terrorists not to be dealt with in accordance with the Counter terror law but yet President Muhammadu Buhari saw nothing wrong in this anomaly and infact Channels television and Trust Television were even fined by the sycophant appointed to head the weak Nationsl Broadcasting Commission for daring to expose what these Fulani terrorists are doing in their neighborhoods to their Hausa neighbours. So which rule of law is President Muhammadu Buhari referring to?”

HURIWA further reminded President Muhammadu Buhari that his government kept millions of kids of poor families at their homes for one calender year as the government couldn’t fulfill the legally entered agreements the government entered with the Academic Staff Union of Universities which then called out their members on strike for close to a year and even when the lecturers were deceived by the speaker of the Federal legislature Femi Gbajabiamila to suspend their industrial action President Muhammadu Buhari still hasn’t agreed to pay the teachers their complete earned emoluments and salaries covering period of the legally called industrial strike by ASUU.

“What this means is that hundreds of thousands of youngsters who hitherto were in public universities then turned to sophisticated Crimes of frauds and kidnappings just to keep body and soul together and the rest who were decent minded were stranded at home whilst some travelled to other offshore jurisdictions in searchbof Academic laurels.

“These poor kids were kept at home whereas the Wife of President Muhammadu Buhari, Aisha was seen in the media celebrating the graduation in a foreign European University of the wife of her first Son Yusuf.

“The numbers of victims of violent crimes that happened during this enforced industrial action by Universities in Nigeria are unprecedented”, the rights group added.

HURIWA maintained specifically that President Muhammadu Buhari was economical with the truth and tried to rewrite history when he falsely claimed thus: “As our security agencies continue to make the country proud, we must continue to assist our patriotic forces by providing the much needed community intelligence.

“It is our collective responsibility to ensure that Nigeria remains safe and peaceful for us all. Therefore, we have a duty and obligation to support our troops and intelligence agencies by being alert and reporting anything suspicious.”

“These statements of President Muhammadu Buhari on the armed forces are substantially untrue and deceptive”, HURIWA asserted.

“Which military is President Muhammadu Buhari talking about that has successfully fought terrorists when over 100 yrain passenger captured by boko haram terrorists and detained in the Kaduna forests were flogged, tortured, raped for 6 months before a secret negotiation made these daredevil terrorists who were never arrested and therefore are roaming the streets if Nigeria free, to free these tormented citizens captured from a bombed trained that was headed for Kaduna from Abuja.

“President Muhammadu Buhari must be thinking that all Nigerians are irrational and unthinking beings not to recollect vividly his many failings in the area of providing security to lives and property of citizens which are his basic constitutional duties as President of Nigeria.”

HURIWA stated emphatically “that President Muhammadu Buhari’s administration failed to secure Nigeria to an extent that in the year 2022, there were over ten prison breaks with nearly six thousands of hardened Islamic terrorists unaccounted for till now and some of these terrorists bombed to deaths over 50 worshippers at the Catholic Church in Owo Ondo State and till now there is no legal accountability on the part of this administration”.

The rights group wondered whether President Muhammadu Buhari thinks all Nigerians suffer from collective amnesia so much so that we have all forgotten too soon how so close the boko haram terrorists and ISWAP terrorists came to taking over Abuja by successfully staging daring attacks right inside the vicinity of the Municipality of AsiRock Presidential mansion in Abuja killing a top ranking guard of the President and destroyed sections of the Kuje Prisons and in the process freeing over a thousand terrorists.

“Is the President not aware that soldiers burnt villages yesterday in Okigwe in the wake of the unfortunate kidnapping of the young female Lieutenant JJ Johnson from her home in Okigwe by the so-called unknown gunmen?

HURIWA also blasted President Muhammadu Buhari “for destroying the economy of Nigeria, driving over 133 million families into multidimensional poverty, creating cartels who have continued to steal crude oil resources from the Niger Delta even when President Muhammadu Buhari is the Senior minister of Petroleum, prices of pump prices of fuel ibcreasing illegally all around the nation, and the kind of sophiscated crimes of looting of public funds under the President Muhammadu Buhari is the worst in all governments of the World in modern times with trillions of Naira diverted from Stamp duty payments and it is so bad that the Department of State Services (SSS/DSS) is accusing the CBN Governor Mr.Emefiele appointed by President Muhammadu Buhari of alleged frauds and sponsorship of terrorists whereas the substantive Federal accountant general was caught by the Economic and Financial Crimes Commission for theft of over 130 billion Naira with over N30 billion cash recovered by the anti crime commission or so.

“All around this President Muhammadu Buhari’s administration stinks of failures and massive corruption”, the rights advocacy group said.

TAGMuhammadu Buhari Nigeria
Previous PostNew Year: Delta Deputy Governor Otuaro Congratulates Nigerians, Says 2023 A Year of Glad Tidings Next PostHappy New Year Of The Lord, 2023: It's Up To You To Decide On What To Do With It 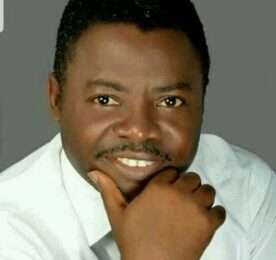 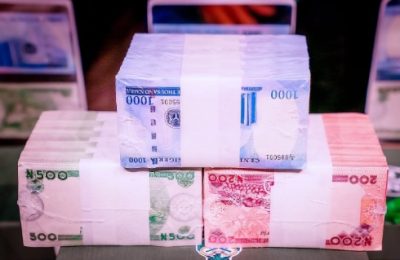