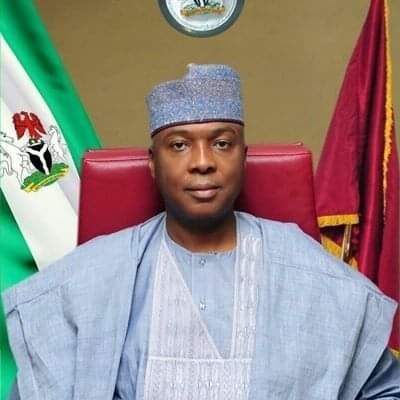 Gov. Ifeanyi Okowa of Delta has congratulated former President of the Senate, Dr Bukola Saraki, on his 59th birth anniversary.

In a statement by his Chief Press Secretary, Mr Olisa Ifeajika, in Asaba, Okowa acknowledged Saraki’s immense contributions to nation-building in his many years of service to his state, Kwara and country.

He said that Saraki, former governor of Kwara and 13th President of the Senate, contributed in great measures in those capacities and others to political development of the country.

Okowa particularly lauded the Wazirin Ilorin for his remarkable efforts in the re-building and growth of the Peoples Democratic Party (PDP).

“As President of the Senate in the 8th Assembly, you presided over a pro-people Red Chamber which was dedicated to legislation aimed at making lives better for Nigerians.

“The Senate under your leadership worked for, supported and obeyed the rule of law in all its dealings. You brought uncommon courage, exceptional patriotism and effusive statesmanship to bear on your job as president of the senate and Chairman of the National Assembly.

“Nigerians are grateful to you for ensuring the independence of the legislature, and as an integral member of our party’s rescue mission, we appreciate the outstanding contributions you are making to that course.

“On behalf of my family, the government and people of Delta, I join your family, political associates, friends and well-wishers to thank Almighty God for your life which has been marked with outstanding accomplishments.

“As you clock 59 years today, it is my prayer that God will continue to bless you with good health and wisdom to sustain your compassionate service to mankind,’’ he said.