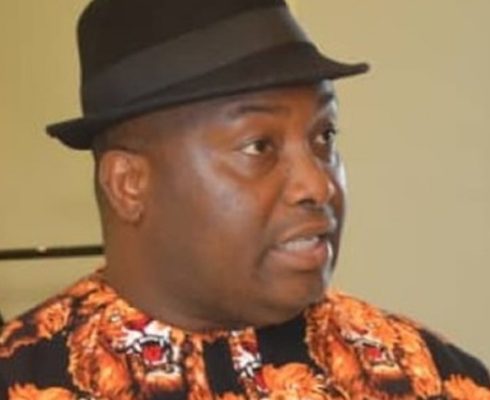 Last Sunday was a very bad day.
When I first heard about what happened to Senator Ifeanyi Ubah’s convoy at Enugwu-Ukwu, I thought it was a mere rumour until it was confirmed.

I really sympathize with Senator Ifeanyi Ubah and the families and friends of those who lost their lives, including my friend and brother, Chief Emma Odum who lost his junior brother in the in the incident.

This may not be the best time to blame anybody. But caution should be taken so that such mistake will not be made in the future. Most convoy movements in Nigeria make the same mistake. Take it or leave it.

How come a whole Senator’s security details were fatally shot in a convoy? In this jet age?

If the convoy security details had proper training and orientation, what happened at Enugwu-Ukwu would not have happened.

I have been talking about some fundamental flaws in Nigerian security surveillance practice, especially as it concerns convoy security details to important government functionaries and VIPs (Very Important Personalities).

What happened to Senator Ifeanyi Ubah’s convoy simply shows that many Nigerian security operatives have refused to grow; glued to the same outdated style.

Most Nigerian security operatives still operate with a mindset of the Lawrence Anini or Dr Ishola Oyenusi era when criminals took their heels on sighting the police or hearing police siren.

The era when police men in brown knickers, armed with only batons, went to make arrests and everybody ran helter-skelter because people saw the police then as very powerful and never to be confronted.

But today, such security mentality has become outdated and cannot achieve any result in today’s era of terrorists and unknown gunmen that confront security operatives in broad daylight which requires a much more strategic, proactive and preemptive approach to security operation and surveillance.

Nigerian security operatives, and the VIPs they are detailed to protect should now listen and learn:

In these times of volatile security situation, I personally go the extra mile to research on modern security strategies.

How much more important it is for Nigerian security personnel to do the same, even if they don’t have opportunity to go for re-training, which Nigerian security authorities should ensure as a matter of utmost priority in the face of the current critical National security alert.

I am presently making making a special write- up on vigilante security strategy.