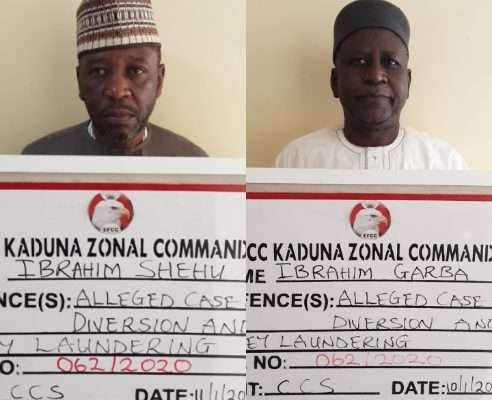 The former VC was dragged to the Court with the University’s former Bursar, Ibrahim Shehu Usman.

The duo was arraigned before Justice A.A Bello of the State High Court on an eight count charge bordering on theft and money laundering to the tune of over N1billion by the Kaduna Zonal Command of the EFCC.

A statement by the EFCC spokesman, Wilson Uwujaren said: “The arraignment followed months of discreet investigation triggered by a petition accusing the duo of diverting monies meant for the renovation of the popular Kongo Conference Hotel, Zaria.

“The investigation established that over N1bn was allegedly stolen from different accounts of the institution by the defendants and diverted into their private accounts”, the EFCC said.