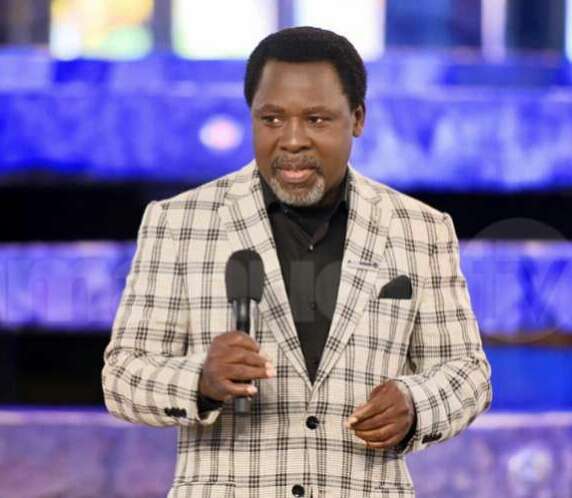 The Founder and president of the Synagogue Church Of All Nations widely known as SCOAN, Prophet TB Joshua has debunked the widespread story that he donated $1 million and 5 trailers loaded with bags of rice to Lagosian, especially Ikotun residents at large.

In an exclusive chat with us this morning, one of his media aides who pleaded anonymity cleared the air on the widespread rumor.

He stated that the internationally acclaimed TB Joshua only donated N30million Naira without rice and that he did that because the situation caused by the pandemic is a global one.

It would be recalled that some online platforms reported that the founder and president of the Synagogue Church of All Nations (SCOAN), Prophet, TB. Joshua has made donations of $1 million and a 5 trainer loaded with bags of rice to Lagosian, especially Ikotun residents at large.

The report also claimed that the church also donated medical resources and food items as part of it’s plead and continuous support to the Nigerian authorities in this trying time of the COVID-19 pandemic that has lockdown almost 15 countries worldwide.

“SCOAN as a faith-based Christianity with a global record wishes to register it supports to humanity, to the Nigerian government and global effects to the war against the virus.”

According to TB Joshua, “Each of the trainers of rice, will be donated a key spot in Lagos.”

He said, “I strongly believe this virus is a big lesson to the entire world, God just made it happened to teach mankind a big lesson on earth.”