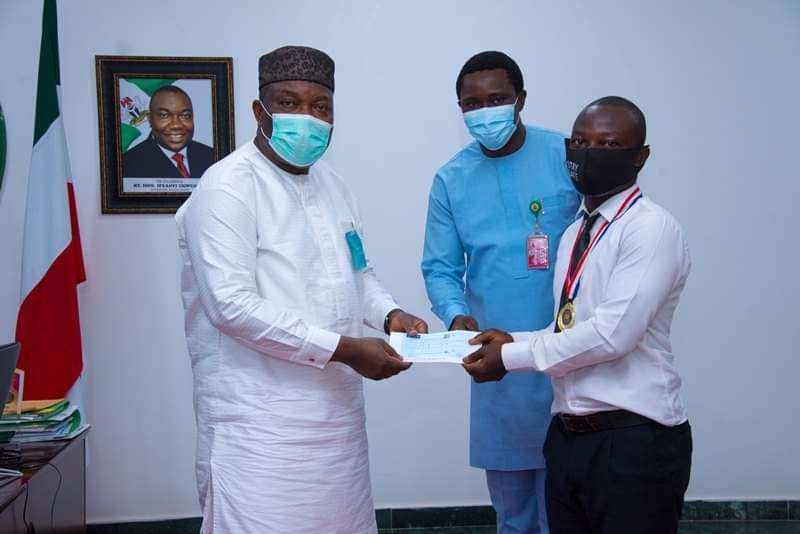 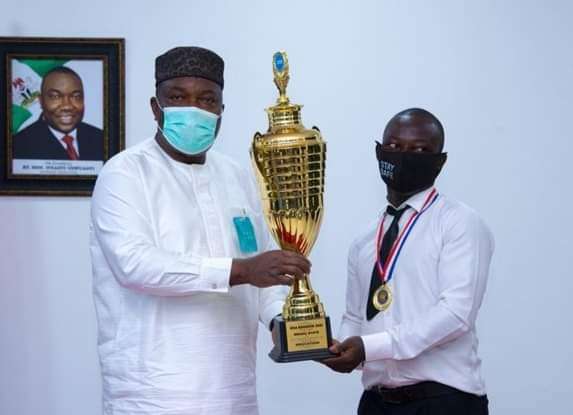 Announcing the scholarship, the Executive Secretary, Enugu State Scholarship and Education Loans Board (ESSELB), Barr. Uche Levi Abonyi, stated that Chineke took the first position “after competing with over 50 countries and defeating over 5 million contestants in an essay competition”.

Barr. Abonyi disclosed that the award has placed “Enugu State as the global educationally adjudged best state in Africa” and “has made Nigeria the next host of this global competition for 2021”.

The ESSELB boss said that Gov. Ugwuanyi, who received the award winner at the Government House, Enugu, used the opportunity to thank him for the honor brought to the state.

The governor equally used the opportunity to urge young ones from the state to work hard to maintain this enviable feat by ensuring that they retain the trophy as Nigeria hosts the 2021 edition of the competition.

Responding, the visibly elated Chineke expressed appreciation to Gov. Ugwuanyi “for this very rare opportunity to represent the state and for the scholarship award given to me” and promised the governor that this show of love was an invitation to work harder.