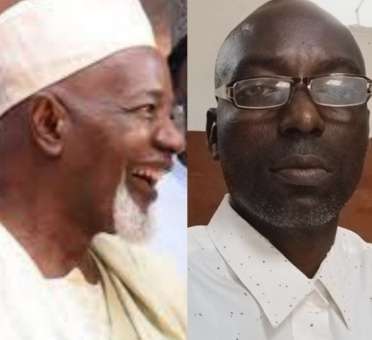 Balarabe Musa: I Will Be Calling You Bola Ige Please? 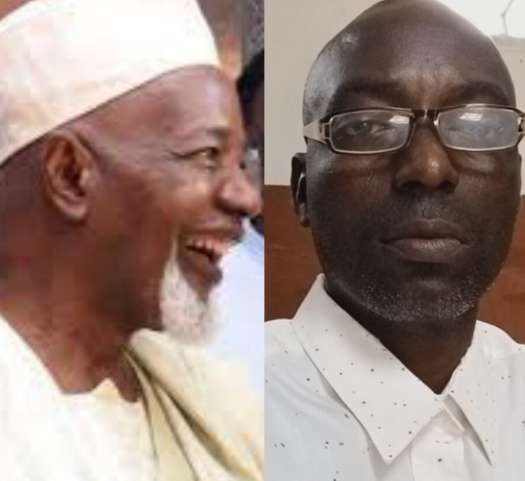 Though, the former was impeached for political reason and he didn’t bother to influence the turn of events out of principle.

His political Party’s members, People’s Redemption Party (PRP) Honourables, were minority in the Kaduna State of Assemly, and majority political Party Leadership saw this vulnerability in him and used it against him.

He saw the impeachment coming his way but he believed so much in principle. Therefore, despite being in control of the State Treasury, which could be easily deployed to lobby majority members of the opposition Party in the State Assembly, he decided not to use the tax payers’ monies for such venture for his personal gain, at expense of People that voted him into power.

Ironically, the majority in Kaduna State and Nigeria at large didn’t feel the same with his “sit down look approach” because they all felt cheated together out of love but later referred him as a man of special honour (Akanda Eda) till now.

Today, the name Balarabe Musa, remains a political reference point of progressive Leadership not only in Kaduna State, but in the entire Northern Region, and Nigeria at large.

As a young Activist, I always saw him as my Role model and anytime Political events brought us together, he would make sure we discuss the real Nigerian politics.

When it comes to National mobilisation for any political functions, especially in the Southwestern Region, he believed I would be deeply involved in such an event because of my strategic position in the Nigerian Civil Societies since decades ago.

On his way to Asiwaju Bola Ahmed Tinubu 60th Birthday Colloquium held at Eko Hotel in 2012, he told me point blank that up till that day, he found it difficult to believe that a whole Bola Ige, the sitting Attorney General of the Federation under former President Olusegun Obasanjo could easily be murdered in December 2001 and nothing happened till 2012, with several big names followed suit under the PDP Federal Government’s watch.

“I will be calling you Bola Ige henceforth please in appreciation of keeping the flag flying through the annual memorial Symposium you young people always organise in his memory till date.

As usual, he jettisoned the official car from the Protocol’s Office of the Governor which I was supposed to follow with my own car to the venue of event and joined me inside my car instead.

To him, it is highly rewarding for both of us to resume discussion on politics after a long break occasioned by the North and South distance that kept us apart.

His grudge against the APC remained in the fact that neither President Muhammadu Buhari, with whom his political Party, PRP, teamed up for 3 consecutive times when he was contesting the Presidential seat nor the any ACN Leader in the Southwest with whom he had a long relationship with since Unity Party of Nigeria (UPN) days, remembered him as a political figure in the North, when they were forming the mega Party, All Progressives’ Party in 2013/2014.

As a Student of history, I told him how prepared we were in the Nigerian Civil Societies to ensure our dear Nation, NIGERIA, experience change of Government he had been yearning for since assassination of Bola Ige.

On the issue of CPC merging with ACN and APGA, I made him realise that the quest for major Political Parties across the Regions in Nigeria could be the only reason why they forgot about his Party, which is a minority Party in the process but I agreed totally with his personal position coupled with his long established goodwill.

I told him that his mistake lying in being too rigid. “Even, Daddy at home sometimes needs to beg his Wife or Children or all of them for the peace to reign.

You know you were important but being neglected for the reason not known to you and you didn’t deem it fit to put a call across to register your interest as Politician?”

“Not too late”, I told him, in his hotel room in Abuja, in 2015, where I had gone to meet him all the way from Lagos State, to find out the reason he didn’t toe the Path of majority of the Nigerian Civil Societies, courtesy my personal sponsored trips. He said, it’s too late since he was not given the opportunity to be part of the Beginners, he couldn’t join a moving train then.

Our friendship continued but idealogies were different till today.

As Leader and Youth in the Civil Societies, we were still discussing the possibilities of working together against 2023 Presidential election, before he kicked the bucket today.

His being too rigid pitched him against the Ruling Party throughout