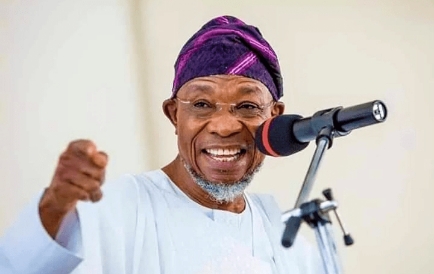 The President of the Grand Council of Yoruba Youths, Comrade Awa Bamiji has revealed that Ibadan, the Oyo State capital, shall Standstill for the Minister of Interior, Ogbeni Rauf Aregbesola on Friday at the Nigerian Union of Journalists (NUJ), South West, investiture of the Minister as Grand Patron.

According a post by the youth leader, “The Venue for Ogbeni Aregbesola’s investiture as Grand Patron, Nigerian Union of Journalists, Southwest Zone, has been moved from the NUJ Press Centre, Iyangaku, to Premier Hotel, Mokola, Ibadan, because of the confirmed large number of invited Guests and for all the Participants to comply with the Covid – 19 Protocols”.

The time for the investiture of Ogbeni Rauf Aregbesola as Grand Patron remains 11:00am prompt, he said.

“Please, kindly come along with your face mask, observe social distancing and be law abiding on arrival.