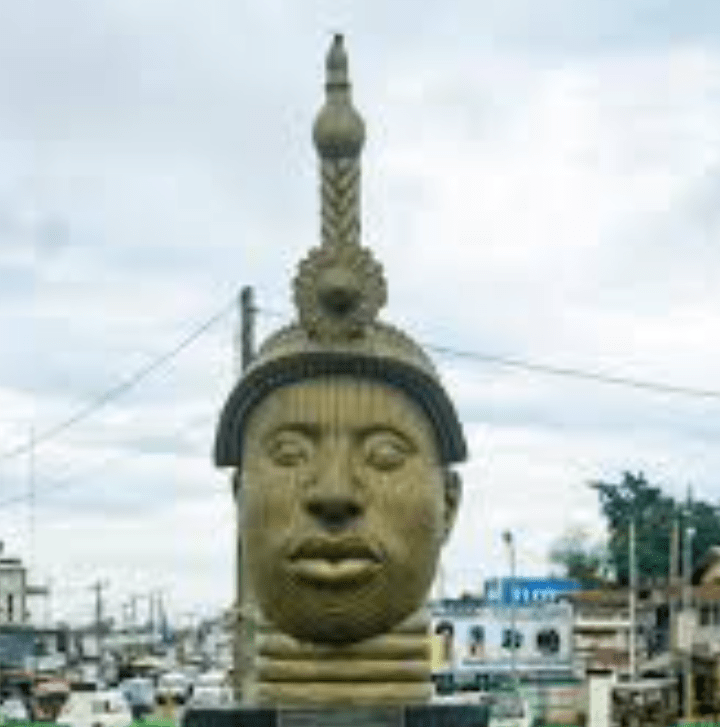 The Yoruba National Day was witnessed by the qualitative attendance of the leadership of both Afenifere and Yoruba Council of Elders, apart from various leaders of thought across Nigeria.

The aim is to compliment the efforts of our Progressive Leaders in the areas of Promoting Unity, Peace and Progress within the Yorubaland.

In a statement, the President General of the Grand Council, Comrade Awa Bamiji rejected a pland rally to demand for an independent state of Oodua, saying that historically, “seccessionists are the open enemies of the State and no reasonable Government in Power will smile at them and even their tribe.”

In line with this our primary objective and in consonance with the position of various Leaders of Thought within the Yorubaland, we are directing our members across the Globe to disassociate themselves from the Prof Banji Akintoye’s group’s rally slated for October 1, whose primary aim is secession of Yorubaland from Nigeria as a Nation.

The reasons are not far fetched and as follows:

There is no time in history that the Fasanmi Afenifere, Fasoranti Afenifere, Afenifere Renewal Group (ARG), Yoruba Council of Elders, Yoruba Unity Forum and other prominent Yoruba Organisations that are headed by our familiar Leaders come together to choose anybody as another Yoruba Leader after the death of Senator Abraham Adesanya.

We heard it as a drama last year’s August that Prof Banji Akintoye had been chosen as the Leader only by a very few groups of those who didn’t understand how the Leader of Yorubaland emerges and with their outing, not recording attendance of any known face or faces from the long established Yoruba Groups listed above, no prominent Political, Traditional and Religious Leaders in attendance, not even a Local Government Councillor in Yorubaland.

Afenifere, PRONACO, this our group and several renowned others kicked against this kind of arrangement that will make the entire Yoruba Nation looks stupid before the entire World.

A faulty foundation will surely lead to a shacky superstructure and this is why the latest plan for Oct 1 rally, is being proposed a year after his controversial emergence as Yoruba Leader, which is now generating another round of serious debate across the World.

We see his group’s unilateral decision to invite the innocent minds and young people for the Yoruba Secessionist Rally as a distraction, ill – thought, misgiuded and an outright attempt to cause another civil war between the Yoruba and the rest of Nigeria which may last for more than 50 years, even without achieving the desired results and taking a stand like this through this press release will surely give a desirable direction to the peace loving individuals within and outside this group across the World.

The Eastern Region and in deed, the entire Nation are yet to recover from the monumental losses of lives and properties that were being incurred during the Bifran war that lasted for 3 years, 1967 to 1970 and nobody will pray for a repeat of such.

Up till today, the Biafran Soldiers and Nigerian Army Officers that fought the historic war are feeling bitter about their ugly experience before, during and after the civil war.

As stakeholders in the Nigerian democratic struggles and Students of history, we still have several notable Victims of the June 12 Struggles among us living in pains up till today, 27 years after the annulment, apart from the dead victims, all whom we couldn’t forget for life.

To mention but a few, we have Comrade Abiodun Mustapha (a.k.a June 12) with his amputated one leg. To live a better life since 1993, he now needs to raise N2, 500, 000, for the procurement of automatic activated artificial leg; Comrade Akin Orisagbemi, P.A to the Late Chief (Mrs) Kudirat Abiola, who surved 16 gunshots, is receiving treatment annually which costs him fortune and Comrade Richard Ogunderu, 19 year old then, the Spokeperson and the youngest of the 4 member Movement for Advancement of Democracy (MAD) that hijacked the Nigerian Plane in protest against the annulment of June 12, 1993, the event took place on October 25, 1994. Other members were KABIR OYENUGA, BENETH OSOSANYA, KEHINDE RAZAK-LAWAL.

They were arrested on October 28, 1994, by the government of Niger and released in 2002. Richard has been down since April 2019, praying for help to secure his complete rehabilitation and empowerment to move on in life.

It would gladen our hearts to see Prof Banji Akintoye Sons and Daughters preparing to join the October 1 RALLY, for them to experience what we all went through during the past protests.

The Public approval they got from Mr Nnamdi Kanu, the Leader of the Independent People of Biafra (IPOB) made it more threatening to peaceful coexistence within and outside Yorubaland.

It simply means, they are now admirers of the IPOB, whose Leader jumped the bail and ran into exile in the United Kingdom. He is now giving “a peaceful Oct 1 sit at home order” for the people of Eastern Region, as alternative to their past rallies in which lives and properties were lost while several others sustained injuries. The same Secessionist rally is what Prof Akintoye’s group is trying to organise on October 1.

The viral video of one guy calling himself KIOKI, who threatened to set the Nigerian Embassy in United Kingdom ablaze, if Prof Banji Akintoye is arrested by the Nigeria Police clearly shows that the group is aiming at formenting international troubles whenever their wish is not met.

Historically, the Seccessionists are the open enemies of the State and no reasonable Government in Power will smile at them and even their tribe.

We will advise our highly respected Prof of History to have a rethink and reach out to other key Leaders and we, Youths, towards achieving a true restructuring of Nigeria.

Many Happy Returns to the former first Lady of Osun State, Alhaji SHERIFAT AREGBESOLA, @ 60. You deserves being celebrated by standing firmly by us Husband, the Hon Minister of Interior, Ogbeni Rauf Aregbesola, since your wedding date till date, as a woman of virtues.

Of note, is your unalloyed support for him and the entire APC Government during the Gubernatorial cross over election in 2108 in Osun State, to make him record a hard won success of handing over to his successor, Governor Gboyega Oyetola, from the same party APC, just like his political Leader, Asiwaju Bola Ahmed Tinubu, did in 2007, by handing over to Governor Babatunde Raji Fashola, SAN.

We thank God today as active Participants in the Campaign that Governor Gboyega Oyetola has not disappointed the good people of Osun State.

It’s our prayer that your Successor, the present first Lady of Osun State, Alhaja Kafayat Oyetola, achieves this same feat.