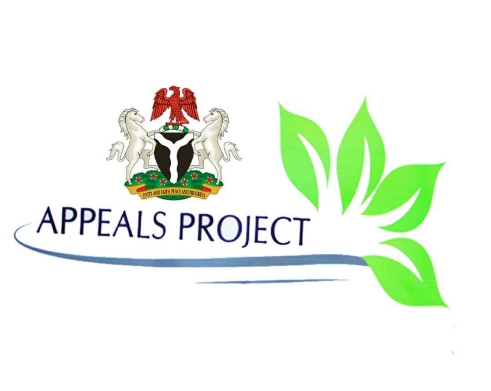 The Agricultural Transformation Agenda of the Federal Government of Nigeria is aimed at attaining adequate food security in the country through pragmatic support to farmers across strategic value chains in Nigeria. The Governor of Enugu State Rt. Hon. Ifeanyi Ugwuanyi, keyed into this critical policy by initiating the state version of agricultural transformation. One of the agriculture policy drives of Governor Ugwuanyi is evident in attracting the Agro-Processing, Productivity Enhancement and Livelihood Improvement Support Project (APPEALS) of the World Bank to Enugu State.

The project objective is to enhance the productivity of at least 10,000 farmers in Enugu State as direct beneficiaries.

Gov. Ugwuanyi, beyond attracting the APPEALS Project to Enugu State, being the only state in the South East, went further to match intention with action by promptly paying a counterpart fund of ₦244 million. This put the project in a steady footing to fully access the funding from the World Bank and properly implement its developmental objectives.

A critical aspect of the APPEALS Project is the Women and Youth Empowerment Programme (WYEP) which empowers 1700 women, youth and people with disability. In Enugu State, a total of 1700 beneficiaries, out of which are 85 persons with disabilities, have been trained in the practicality, economics, business psychology and marketing dynamics in five value chains, namely; aquaculture, Cashew, cassava, poultry and rice.

Furthermore, each of these 1,700 beneficiaries have received grants to the average sum of ₦2, 000,000 to start up businesses in their chosen agricultural value chains. So far, through the support of Gov. Ifeanyi Ugwuanyi, the Project has disbursed the sum of ₦3.4 billion for the Women and Youth Empowerment Programme. This has made it possible for these 1, 700 beneficiaries to establish their own start up businesses in their chosen value chains and various segments of production, processing and marketing.

The implication of this is that Gov. Ifeanyi Ugwuanyi has added over 1,700 new farmers to Enugu State, mostly made up of the youth population. They have been fully funded with grants in form of inputs, climate smart technology support and building of infrastructure like poultry pens.

It is expected that these beneficiaries will be firmly established in their various businesses. The spiral effect on the economy of Enugu State will create a quantum leap in economic development, job creation and food security in every senatorial zone and each local government area of Enugu State.

*Ambrose Igboke is the Communication Officer of Enugu APPEALS Project.

Previous PostHow N3.7m Mysteriously Vanished From My UBA Account - Italy Based Single Mother Cries Out Next PostThe Forces Of Change Occasioned By The Lord In Whom We Live, Shall Prevail Beyond All Odds