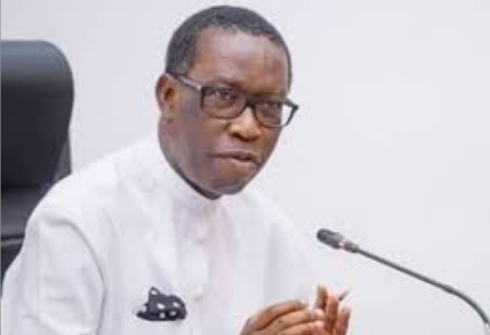 Governor of Delta State and Vice-Presidential Candidate of Peoples Democratic Party (PDP), Senator (Dr) Ifeanyi Okowa, said his administration had transformed health facilities in the state to topnotch level and were attracting patients from across the country.

Okowa stated this on Wednesday while speaking with newsmen shortly after inspecting level of work at the Advanced Diagnostics Centre; Mother and Child Hospital and Doctor’s Quarters at Owa-Alero, Ika North-East Local Government Area of the state.

He commended the quality of work on the facilities, and assured that the projects would be ready before January 15.

“Obviously, the work here is well done; they are in the last phase and the equipment are already on site and most of them have been installed.

“Today being the first working day, I hope that in the next one week that they would be fully ready and we are hoping that workers will be assume duties latest January 15.

“The workforce is ready; you saw some of them over there at the Advanced Diagnostics Centre. They have done the interviews and they are also giving letters of appointments this week.

“The initial staff required will be on duty on January 15; it is a great work done here and I am quite impressed,” he said.

The governor said that the quality of staff, equipment and services being rendered in the state’s health sector were already attracting patients from neighbouring states.

“I am very sure that is what we will get here like what we are having at the Asaba Specialist Hospital where people come all the way from Anambra and other states of the country.

“I believe it is essentially the same quality of service you will get here even though the equipment here are a little more top-notch,” he added.