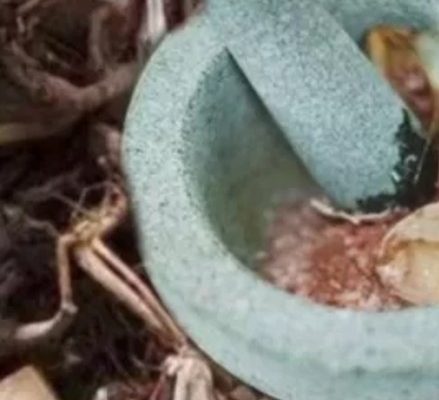 Tragedy struck in Ikere-Ekiti, on Monday morning when a middle aged native doctor simply identified as Kehinde slumped and died during an alleged sex romp with Pastor’s wife at a hotel somewhere in the community. The lady has been arrested.

Multiple sources in Ikere-Ekiti revealed that the deceased, well known native doctor in the community had lodged in the hotel with his lover, whose identity could not be immediately ascertained.

It was gathered that the said lover was a wife of a cleric in one of the fast growing churches in the town.

According to one of the sources “What I can say is that the man died in the hotel room after having sex with the woman said to be spiritually laced with thunderbolt (Magun).

The woman raised the alarm after realizing that the man collapsed, the manager of the hotel and some residents raced to the scene and immediately rushed the man to a nearby hospital where he was confirmed dead.”

The Police command in Ekiti confirmed the arrest of the Pastor’s wife. The victim native doctor Kehinde, the popular native doctor in Ikere-Ekiti, had taken the wife of the pastor to the hotel where he died in the act.

The Police Public Relations Officer (PPRO) in Ekiti state, ASP Sunday Abutu confirmed the incident, adding that investigations had commenced on the circumstances surrounding the death of the man.

Abutu also confirmed that the woman has been arrested by the police.

In his words, “Yes, we can confirm the death of the man in one of the hotels at Ikere-Ekiti on Monday. His corpse has been retrieved and deposited at the morgue.

“Let me quickly tell you that the woman in question is with us already as we commence investigations to unravel the cause or otherwise of the man’s death,” the PPRO said.

The Street Reporters Newspaper recall that in 2017, a Pastor died in similar sex romp with teenage girl in hotel in Delta State.

The pastor, whose name was undisclosed, was reported dead during the sex romp with a 19-year-old-girl in a hotel room in Kwale, Ndokwa West Local Government Area of the state.

Delta State Police Command, while confirming the incident, said the victim’s wife reported the incident to the police on Nov. 19, 2017.

He said the hotel workers were alerted on the incident after the girl raised the alarm for help when she noticed the pastor was gasping for breath.