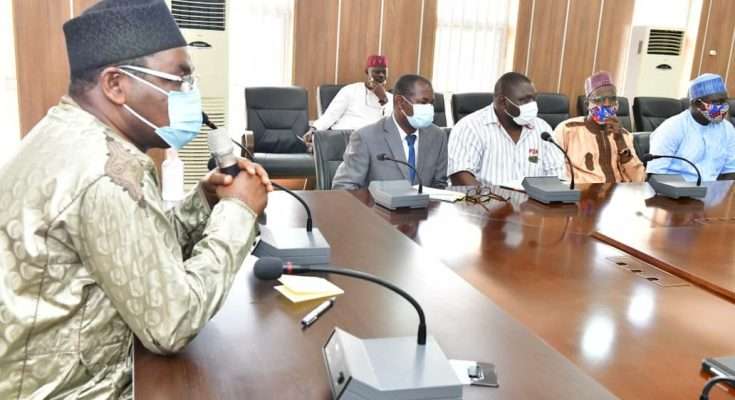 The Chairman, Gombe State Joint Health Sector Union, JOHESU, Comrade Abdulsalam Yakubu says the health sector reform currently going on in Gombe is a clear indication that the present administration of Governor Muhammadu Inuwa Yahaya is passionate in addressing the rots that had existed in the system. 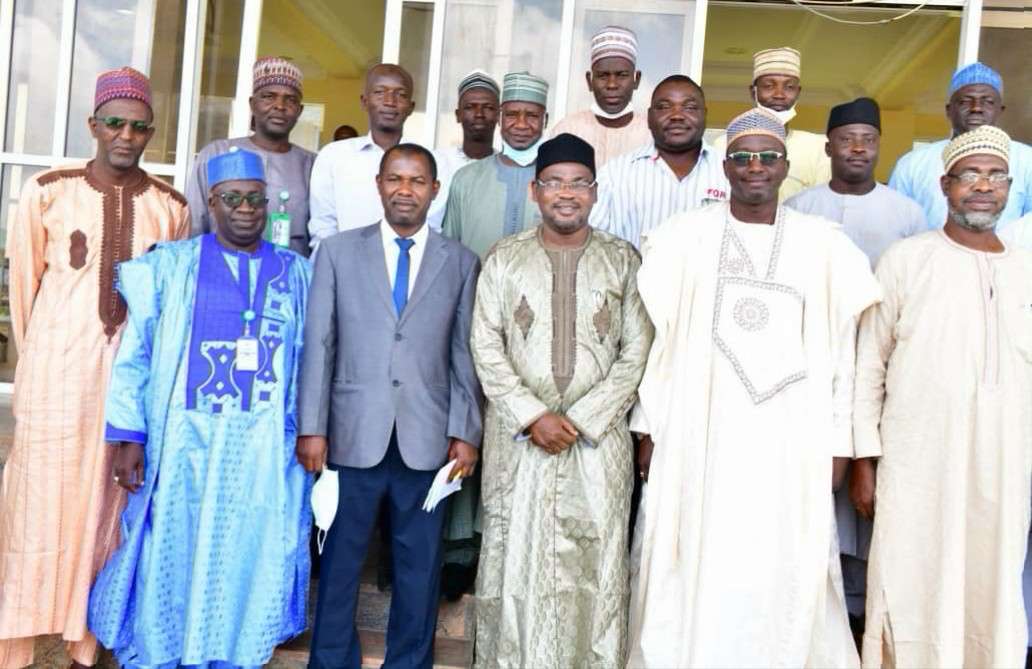 Comrade Yakubu stated this when he led executive members of the union on a courtesy visit to the Secretary to the State Government, Professor Ibrahim Abubakar Njodi at the Government House, Gombe.

The Chairman of the Union told his host that they were at the Government House to acknowledge Governor Inuwa Yahaya’s unprecedented achievements in the health sector within touching distance and to encourage his government not to be distracted but to remain focused on delivering the goods for the benefit of the people of the State.

He said the Gombe State Joint Health Sector Union is impressed with the infrastructural development so far undertaken by the present administration in the State, particularly the renovation and expansion of the State Specialist Hospital which now places the health facility at par with some major hospitals across the country.

“I was at a conference recently when people were asking me how does the Gombe state Government get the money to do the kind of renovation and expansion of health facilities in the State and I told them how passionate the Governor is to the physical fitness and wellness of the people of the State”.

He said the establishment of the hospital management board and the introduction of the health insurance scheme for civil servants in the state are some of the proactive steps taken by the Gombe state Government to guarantee the longevity of health facilities and to give an insurance cover to workers and their families.

He noted that universal health coverage cannot be actualized without health insurance.

The JOHESU Chairman however appealed to the Gombe State Government to implement previledges due to all health workers in the state without recourse to placing the interest of some above the others as no one health professional can make a sick person well.

Responding, the Secretary to the Gombe State Government, Professor Ibrahim Abubakar Njodi thanked the Gombe State Joint Health Sector Union for recognising the achievements of the present administration in the state particularly in the health sector.

He said Governor Muhammadu Inuwa Yahaya is committed to repositioning the health sector for the overall benefit of the people, describing the ongoing renovation and expansion of health facilities in the State as a step towards addressing the rots and righting the wrongs in the system.

“Gombe State Government under the leadership of Alhaji Muhammadu Inuwa Yahaya has already paid for the supplies of equipment to all renovated and expanded hospitals in the State but for the covid-19 Pandemic the equipment are still pending due to restrictions in international travels”.

He said until such a time when Nigerian hospitals are fully revamped, Governments at all levels will find it difficult to discourage health workers from going into private practice.