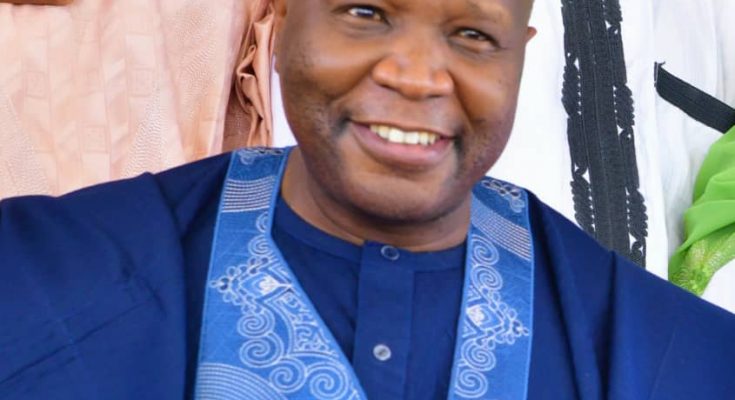 The dictum that a man should not be judged by the colour of his skin but rather by the content of his character is aptly exemplified in the attestations and accolades now given to the hitherto unseen attributes of Governor Muhammadu Inuwa Yahaya having witnessed the tangible benefits and solid advancement in the socio-economic life of Gombe State.

No doubt, the two years of Alhaji Muhammadu Inuwa Yahaya as Gombe State Governor have been quite eventful, remarkable, impactful, promising and fulfilling for people that trusted the purposeful, sincere, capable and astute administrator with their leadership mandate two years ago.

The testimonies of various stakeholders, including traditional rulers, labour unions, residents, development partners and the citizens across the 11 local government areas of the state have shown that Governor Inuwa Yahaya has made his marks with quality/durable infrastructural projects and  improved healthcare delivery. In addition, boosting of the agricultural sector, improving standard of education and youth empowerment are also significantly impacted.

Governor Inuwa Yahaya’s performance has received commendation from far and near. From the Presidency, Vice President Yemi Osinbajo, during the launching of MSME clinic in Gombe State, copiously hailed Governor  Inuwa for his huge investment in human capital development in Gombe State.

“Governor Muhammadu Inuwa Yahaya is our Governor,  governor, he is doing very very well.  He has picked up from where we stopped and is doing even better that we did. He has not failed us. He has played and he will continue to play a pivotal role in the development of the State. All we are saying is for the people of the people, particularly the political elites to support him because he is doing well”.

The chairman of the Caretaker and Extraordinary Convention Committee of the All Progressives Congress (APC) and Governor of Yobe State, Mai Mala Buni, while commissioning a road project in Gombe, noted that Governor Muhammadu Inuwa Yahaya has done exceptionally well in changing the face of development in Gombe State.

Governor Buni said: “I don’t know how you were able to achieve these within two years of your stewardship. I really commend you and as a party we are proud of your achievements”.

“We are proud of you not because of the measure you have taken to protect Gombe from this calamity of gully erosion but the numerous projects that you put in place that I have seen when I arrived Gombe and the enthusiasm and the happiness of the people I saw on the streets when we were driving through. That has further demonstrated how happy they are with you and that goes to show clearly that you are delivering on your promises during the electioneering campaign and I must also thank you for keeping to the manifesto of our party”.

On his part, the Minister of Environment, Dr Mohammed Mahmood Abubakar ,described Gombe State as a shining example in environmental management under the leadership of Governor Muhammadu Inuwa Yahaya.

The minister said the Gombe Goes Green initiative of Governor Inuwa Yahaya is a flag bearer in environmental management, conservation and regeneration. He affirmed that Gombe State was worthy of emulation in this regard.

The governor recorded significant achievements despite the huge debts inherited from the immediate past administration, the drop in federal allocation and recently economic meltdown occasioned by the COVID-19 pandemic due to his prudent nature and excellent character.

Clement Stone had Governor Inuwa Yahaya in mind when he said: “Your most precious, valued possessions and your greatest powers are invisible and intangible. No one can take them. You, and you alone, can give them. You will receive abundance for your giving.”

Indeed, the invisible and intangibles of Governor Inuwa Yahaya have contributed to the steady progress Gombe State is experiencing under his watch. One of the intangible attributes that is worth celebrating in Governor Yahaya is probity.

The governor has changed the narrative in governance with judicious utilization of government revenue. He kept a compact cabinet devoid of unnecessary creation of offices for political patronage. Governor Yahaya has shunned political jamboree and lavish events at the Government House to save cost of governance. He travels with few aides based on relevance to engagement outside the state. All these have helped his administration to save more funds for development of the state.

The governor’s friendly disposition and accommodating posture also paved way for him to receive quality advice and innovative ideas from aides and others to move the state forward. Governor Yahaya is running an open-door policy that enhances participatory governance which is crucial to democratic rule.

The governor is a responsive, proactive and responsible Governor. He gets real-time updates about almost every activity across 11 LGs and takes necessary actions to satisfy the yearnings of the people. Yahaya stands out due to his proactiveness and decisiveness. He takes firm actions promptly for public good without bureaucratic bottlenecks.

The emergence of Yahaya as 2020 Blueprint Newspaper’s Governor of the Year in Healthcare Delivery further underscores the fact that his significant healthcare reforms is recognised as excellent performance, among other giant strides in the health sector.
Governor Inuwa had earlier this year received the Business Day and National Pilot Newspapers Man of  the Year Awards in recognition of his administration’s outstanding performance and unprecedented achievements.

Governor Yahaya means business. He is building a better and prosperous Gombe. He is making his party, the APC, proud and will not disappoint the good people of the Jewel in the Savannah ultimately.