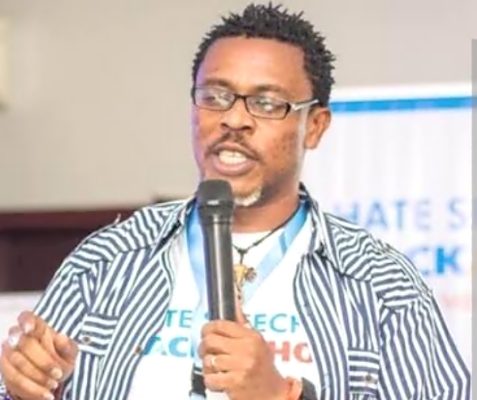 When the People Shall Have Nothing More To Eat…

One who believes that the earth is chasing him, where did he put his feet while running?

Many years ago, I was driving back from Gombe, and on the highway was this public/commercial Opel car carrying 5 Nigerians. It was at ‘high’ speed, I overtook the car, blocked them in commando style and came down.

I asked the driver, “do you want to kill these passengers, is your speed check working…” and I turned to the passengers to scold them for not warning the driver.

Before I could finish, they descended on me, “Oga how e concern you, (what’s your business), get out of our way, bla bla and bla.”

I left them, jumped into my car and drove off, thirty minutes later in front of me was a ghastly motor accident, 2 dead, others with various degrees of injuries.

The driver survived, the car, totally damaged. Don’t ask me how I felt, and what I told the survivors. If I waited to help and all that emotional homily.

However, I can tell you that, between that stretch of road, were a couple of police checks, Federal Road Safety Marshals, so how they navigated all these with such speed to meet death remains the story of Nigeria, and before I forget to tell, there was no hospital of minimal standard, and the closest primary healthcare facility was not even good enough for description as a chemist.

For a nation that was promising that fuel crisis ‘may be over next year’ in 1977, it is 2023 and we still have fuel crisis, and the unbelievable fact is that we have the same man, running the Petroleum Ministry in 1977 doing it in 2023, so with fuel scarcity for the hundredth time, this is the final corner in the long eight years that promised refineries, removal of subsidies, free market for energy products, and delivered none. And here I was at the gas station to buy PMS, and for the umpteenth time I noticed that only two of the machines were working, it was supposedly a “mega” station, and we know what mega means.

And that cost me an extra one hour on the ‘short queue’ (and yes I must say ‘short’) and Nigerians know what I mean. The two machines that were working had only two pumps with attendants, instead of four.

So, do the math if the four machines were working, that would be eight attendants, and yet we complain of lack of jobs. Do the math, and tell me how much I have lost in time and productivity, tell me the effect on my mental health.

Similar to the gas station was the experience at the Bank, plenty of customers, and few tellers. The teller space was seven and only three were functional with humans. I refused to use my ‘bulletproof’ influence, so I spent 40 minutes in the bank for a six minutes transaction.Add that to the whole drama of new notes, you drop the old notes at the bank, and then use an ATM POINT and it dispenses the old notes again. We are the only country that gives deadlines on matters that are civil, fallout of decades of military rule and civil dictatorship.

Add that to some saucy and ill-mannered tellers. The reason for their frustration as much as they vary are clear for all to see, some have been tellers for years, and still on some very inhuman labour contracts that defies logic. They could serve us better, but how can they, when they work every day, 24hours away from the sack from an industry that declares crazy profits every year and the economy remains bad.

We are in the digital age, but the kind of fraud, and inefficiency that plagues our mobile banking is second to none yet our banking system seems to function better than our political and governance space because you could get a card that functions anywhere but cannot get a voters’ card in the same manner!

If you have lived in the North, we call it ‘angwa’.

In my hood, my street, my angwa, there’s no water, and yet my house overlooks the water management board saddled with the responsibility of providing potable water (sic), the roads are bad, and the security is best described as ‘hmmmm’.

The two DISCO transformers are often vandalized, local crooks break into houses when you leave the house without a living being or at least a dog, they pick items and the trauma of coming home to a vandalized home is better imagined than experience.

We blame the National Assembly, at the local newspaper shop we argue about the merits of that presidential candidate and the other gubernatorial candidate, and demerits, and yet we are saddled with all the problems of the angwa.

We are simply blind to the problems under our noses.

In the case of the driver, the road was not exactly bad. But he just would not obey the speed limits, he lost control, two lives were lost, he was reckless, it really was not the government. It was our business, not the government. Not Nigeria but us.

Maybe the Road Safety’s presence on the highway could have helped, maybe available/functional speed cameras would have saved those two lives and the carnage.

But the truth is, if the passengers valued their lives, and been responsible, a collective caution from the five passengers could have done it.

Their lives as Nigerians was their business.

In the gas station, and bank, the key issue was ‘us’. From investigation, both were cutting costs, they refused to employ more hands. It was about profits at customers expense. It was about greed, not Nigeria.

For all the blames we put on the government, we are the government. The enterprise called Nigeria is our business, not some folks in Abuja or state governors (both those that stay in their states, and those abuja and foreign investor nation based governors).

If my angwa is to have good roads, it is the council man/woman, chairman/woman, state legislator who should be liable. It is about a small conglomerate of leaders close to me. It’s our business not some ‘bullet proofers’ far away.

We can’t change if we are not the change we want. There can’t be change if banks can’t treat customers right. When gas stations cheat by a litre, by two/three naira. When banks charge some phony verve enhancement fee amongst many mysterious charges.

We can’t complain about the government in Abuja when we don’t know who our ward councillor is, when we have never confronted local government leaders. When governors are alleged to be corrupt, we keep mute because they are our kinsmen, and when they are confirmed looters we say leave them because we are of the same faith.

How many times have we boarded a vehicle and the driver insisted on two in front instead of the mandated one. Did we complain, and insist the right thing be done.

Have you contributed towards your local security by calling locals to enforce certain simple rules. We are the government, so Nigeria should be our business.

We pray to a Christian God at the beginning of a function, and close the same with a prayer to a Muslim AILah and then in the same function discuss how to steal because really it’s nobody’s business how anything is run.

It is not just leadership problems that worry Nigeria. No, it’s the problem of you, me and us. The ‘you’ that becomes a Minister and suddenly you need a bulletproof car, and you get two. We are plagued by our lack of simple ethics. We are willing to offer a bribe even when not asked, because often than not we are guilty until presumed innocent. So we blame our ineptitude on every other person but us.

When the people shall have nothing more to eat, they will eat the rich… we are not there yet, to treat Nigeria as our business, and not some prodigal orphan, we may be just going round in circles, as it is, we are just a people with some personal interests, for now, is there a Nigeria, and whose business she is, remains a question–only time will tell.