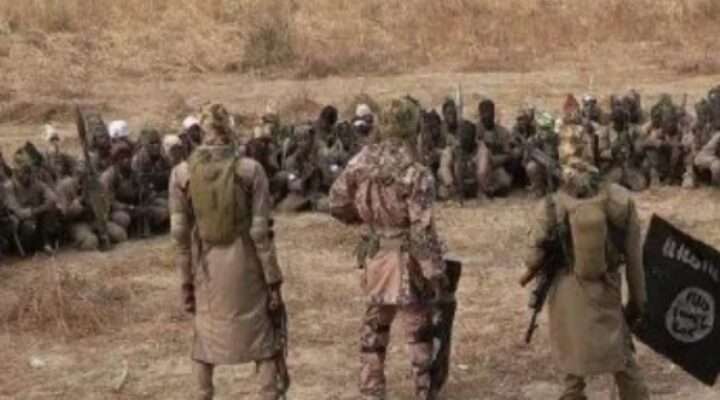 At least 100 Boko Haram terrorists have surrendered to the troops of Operation Hadin Kai in Banki and Konduga LGAs of Borno State, Northeast Nigeria, during the weekend.

The terrorists launched a failed ambush against the Troops who were on fighting patrol in komala village along the road from Damboa to Maiduguri.

One Guntruck, Mine Resistant Ambush Protected Vehicles (MRAP) as well as three motorcycles were confiscated from the terrorists. ISWAP terrorists have continued to suffer strings of humiliating defeat in the hands of Nigerian troops. On January 13, the troops eliminated several of the terrorists and destroyed their MRAP when they attacked their own troops in Azir.

The terrorist organisation’s captured bases are in the Abadam Local Council. Yesterday in Maiduguri, Zagazola Makama, a counter-insurgency expert in the Lake Chad region, revealed that the seizure of the ISWAP bases prompted 11 leaders, along with ISWAP leader Abu Moussab al-Barnawi, to flee.