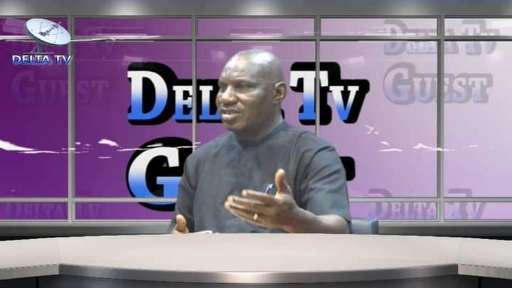 The Chief Press Secretary to Gov. Ifeanyi Okowa of Delta, Mr Olisa Ifeajika, says the governor’s excellent performance in the 25 local government areas of the state will give the Peoples Democratic Party (PDP) victory in the March 6 local government elections in the state.

He said that PDP, under the administration of Okowa had landmark projects across the state to showcase when ban on campaigns would be lifted by Delta State Independent Electoral Commission (DSIEC).

He said that the Stronger Delta vision of the present administration was on course in spite of Covid-19 and economic downturn that hit the world’s economy in 2020, stressing that all ongoing star projects by the government were at various stages of completion while some were ready for inauguration.

Ifeajika outlined the projects to include the multi-billion naira New Secretariat in Asaba, dualisation of the Asaba-Ughelli road, the underground storm drainage in Asaba and Warri, new technical colleges and massive construction of roads and bridges in the creeks and upland.

He debunked the insinuation in some quarters that Warri and its environs were neglected in terms of projects, pointing out that the flood water drainage project in the area, the reconstruction of Warri-Sapele Road and other development efforts were ongoing in the area in spite of paucity of resources.

The CPS said that the three senatorial districts in the state were receiving equal attention in terms of transformation and sued for the support of all in moving the state forward.

On the second wave of Covid-19, Ifeajika advised residents of the state to obey prescribed protocols to keep the pandemic at bay as failure to comply may push government to take stringent measures.

He commended journalists for the unbiased reportage of the policies and programmes of the Okowa administration and assured them of the sustenance of the existing robust relationship between the government and the media.

The governor’s spokesman expressed hope that 2021 would witness more infrastructural and human capital development in the state.