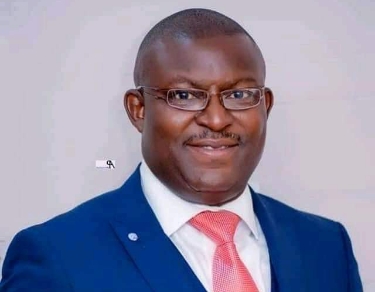 The Member Representing Ika South Constituency in the Delta State House of Assembly, Hon. Festus Okoh has written to appreciate Governor Ifeanyi Okowa on the establishment of the University of Delta (UniDel) in Agbor.

The lawmaker in a note of appreciation said Okowa’s decision to upgrade the College of Education Agbor to a full fledged University was well thought out given that the institution was going down due to lack of students for several programmes.

He said the people of Ika received the news of the establishment of the Univer­sity with great expectations and urged well meaning Ika indigenes to support government’s efforts in building the new University.

“Today, Thursday, 25th of February, 2021, Senator Ifeanyi Okowa, Governor of Delta State, signed the bill establishing University of Delta, Agbor,(UniDel), as passed by the Delta State House of Assembly, into law. Since the bill was sent to the State Legislature and subsequent passage, I received countless calls and messages appreciating my efforts.

“Without sounding immodest, all the praises should go to Senator Ifeanyi Okowa, for his audaciousness and political will to take the bold decision of not only sending the bill but ensure that the bill was passed with amendments in tandem with his wishes and thoughts.

“Prior to the bill, the state government was emboldened to close down the College of Education, Agbor, because of low patronage and current educational needs. Who else will spend over three hundred naira (N300m) monthly on salaries to staff of an academic institution that has about forty five candidates for admission in a year? Government understands that while no candidate apply to study History, there are over ten staff in that department. The students in Geography Department are less than the staff that monthly draw salaries.

“Senator Ifeanyi Okowa didn’t choose the easy route considering huge pressure on government finances. Instead, he opted for the difficult but very important decision to establish University of Delta, Agbor. There is no better news that reached the people of Ika in the last five years than this except the one that announced Senator Ifeanyi Okowa as Governor in 2015.

“As soon as the bill was sent, many stakeholders made several inputs and criticisms to ensure a perfect bill. The barrage of criticisms was not unexpected as the best metallic ornaments are produced from exposures to gruesome and rigorous fire.

“However, it will be foolhardy for me not to state that the few rabble-rousers that went to town with unbridled utterances didn’t and cannot reflect the position of the majority of Agbor people in particular and Ika in general. We are a people with high moral standard and uncommon trait for respecting elders. We won’t change now. I apologise to any person who may be offended in the course of producing this very important bill.

“The positive push by our people to see the bill through should be sustained. It was a kick on our back. There are many areas that deserve government attention in our communities. The political leaders are human. We need you to strike us to fall in line whenever it appears we are derailing.

“It’s one thing for government to establish university but another to support government to ensure that the institution attains expected heights. I call on my rich brothers and sisters of Ika extraction to dip deep into their pockets to support the school. By doing this, we will encourage government to do more in our collective interests.

“Once again, Senator Okowa, you are truly a man of your words.
I thank you hugely,” Okoh stated.