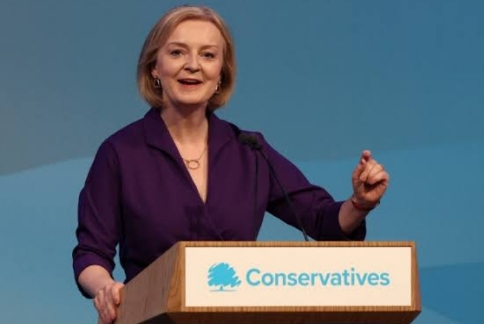 Liz Truss has beat her rival, former finance minister Rishi Sunak, by 81,326 votes to 60,399, after a summer-long internal contest sparked by Boris Johnson’s resignation in July.

After winning the leadership race, she vowed to press ahead with promises of tax cuts and to deal with a growing energy crisis.

Long the front-runner in the race to replace Johnson, Truss will become the Conservatives’ fourth prime minister since a 2015 election.

Over that period the country has been buffeted from crisis to crisis, and now faces what is forecast to be a long recession triggered by sky-rocketing inflation which hit 10.1 per cent in July.

Boris Johnson was forced to announce his resignation in July after months of scandal and he will travel to Scotland to meet Queen Elizabeth on Tuesday to officially tender his resignation.

His successor will follow him and be asked to form a government.

The foreign secretary resisted pressure for a politically perilous early election to confirm her new mandate, vowing instead to “deliver a great victory for the Conservative party in 2024”.

Truss beat her rival, former finance minister Rishi Sunak, by about 57 to 43 percent after a summer-long contest decided by just over 170,000 Conservative members – a tiny sliver of Britain’s electorate.

Previous PostObituary And The Affidavit Of Existence: Is LP Labouring In Vain? Next Post2023: What It'll Take for Omo-Agege to Win Delta Governorship Election – Aniagwu Reveals