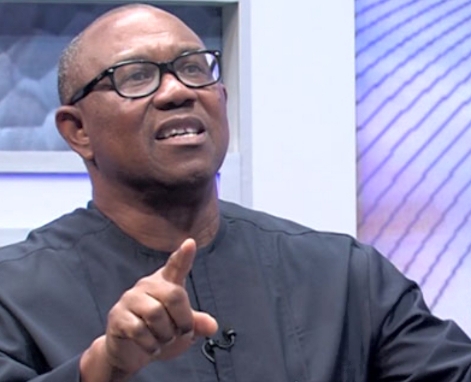 The Peter Obi Support Network (POSN) has disclosed that the Presidential candidate of Labour Party (LP), Mr. Peter Obi will accelerate oil exploration in the North if elected into office during the 2023 election.

It also assured that Obi will ensure unprecedented development of the North as even development across the six geo-political zones is one of his agenda for a better nation.

The group in a statement issued on Monday and signed by its Director, Strategic Communication, Onwuasoanya FCC Jones, was responding to a fake news that Obi is unexcited about the discovery of oil in the North.

POSN stressed that the fake news was aimed to instigate bad blood against Obi, adding however, that “those behind the fake news have failed once more as none of the other presidential candidates has demonstrated more love for the North and coherently explained how he will speedily develop the region than Obi.”

The group made it clear that at no time did the Labour Party Presidential candidate make such a statement while recently campaigning in Ibadan, Oyo State.

POSN urged the media to ensure that they cross check their facts before rushing to publish so as to avoid misleading the public.

The statement reads in part, “Our attention has been drawn to a fake news material where the uninventive agents of the ragged APC and PDP Presidential campaign councils aimed to instigate bad blood between millions of lovely and dedicated Obidients and the incoming President of Nigeria, His Excellency, Mr Peter Obi, by fabricating a material that tends to paint the Labour Party Presidential candidate as being unexcited about the recent commencement of oil exploration in the North.

“We wish to state that at no time did Peter Obi speak with journalists over the issue of oil in the North in Ibadan, or elsewhere”, the statement asserted.