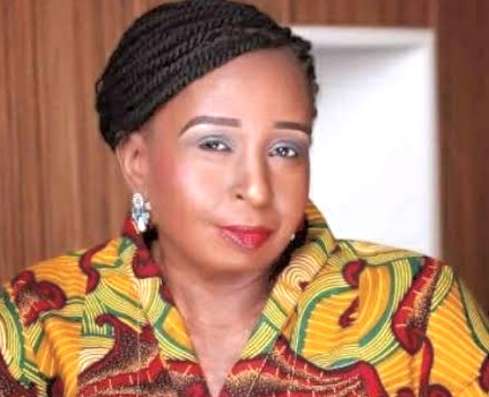 Peace Anyiam-Osigwe: What late AMAA Founder Was Known For

Nigerian filmmaker and entertainment executive who is considered to be one of the pillars of the entertainment industry in Nigeria and the Founder of the prestigious AMAA Awards, Peace Maria Ogechi Anyiam-Osigwe (MFR), who is popularly known as Peace Anyiam-Osigwe, is dead but her legacies lives on.

The Nollywood executive was called “the queen of Nollywood films” and her passing was confirmed on the 10th of January 2023.

He died at St. Nicolas Hospital, Lagos after being in a coma since Saturday.

While colleagues and close friends, some of whom went to see her at hospital wouldn’t believe the news of her demise, maintaining that she was merely in the ICU, notable movie maker, Zik Zulu confirmed the news.

“Our President, Peace, has passed. As at Saturday, she was reported to be in coma at Saint Nicholas. But now her family has confirmed her transition. May the memory of her life be a blessing. Rest in peace, dear Peace,” he writes on a Nollywood platform.

Her death was later confirmed by the Emmanuel Onye chere Osigwe Anyiam-Osigwe clan.

According to the family, in a statement, described her as an epitome of creative transcendance, who left indelible imprints on the sands of time as the AMAA.

The statement further pictured her as an outstanding personality, trailblazer, titan, pathfinder, go-getter, humanitarian, one-of-a-kind creative, and visionary leader in the film and television industry, her family said they would continue to do all that was necessary to ensure that her legacy lived on.

Award-winning producer, Obi Emelonye also confirmed her passing-on on his social media handles even though the family was trying to be courteous with releasing the information.

The industrious woman would be remembered as one of those who shaped the face of the new Nollywood, as her contributions to the industry cannot be overemphasized.

Peace Anyiam-Osigwe was not only the Founder of the African Movie Academy Awards (AMAA), she was also the President of the Association of Movie Producers (AMP) and one of the most prominent figures in Nollywood industry in Nigeria.

The family assured that AMAA and the Africa Film Academy (AFA), along with their training programmes across Nigeria and the African continent will carry on seamlessly, with the full support of the Osigwe Anyiam-Osigwe Foundation and other agencies she has worked with over the years.

The Imo state-born filmmaker attended Oxford Brookes University in England where she had a degree in Law and Political Science. Despite having a passion for entertainment, she also ventured into studying Law and Politics.

Peace Anyiam is from the prominent Osigwe Anyiam-Osigwe family in Nkwerre, Imo State. She is the only girl in a family of eight children.

In 2005, Anyiam-Osigwe founded the Africa Film Academy, now known as the Africa Movie Academy Awards, a body that oversees the film ceremony.

The award ceremony is reputed to be one of the most recognized awards for Africans in the filmmaking sector.

At the 10th edition, she stepped down as the Chief Executive Officer of the AMAA, however, in 2015, she began the AfricaOne initiative to commemorate Africans in the entertainment industry.

It should be noted that she toed the path of her mother, Dorothy Chinyere Anyiam-Osigwe who was honoured with the award of the Officer of the Order of the Niger (OON) bestowed to her by former president, Olusegun Obasanjo for her philanthropic activities in Nigeria.

In 2012, Peace Anyiam was conferred as a Member of the Order of the Federal Republic (MFR) by the Nigerian government under the Goodluck Jonathan rule for her contribution to the entertainment industry.

Anyiam-Osigwe is also an author of written poetry. She has three books to her credit. In an interview with Alana Herro, she described poetry as one of the highways for conveying her perception and knowledge of things around her.

Anyiam-Osigwe’s career on television began with her discussion show, “Piece off my mind”, which focused on people’s reactions to societal issues that are not regularly seen in the mainstream media.

Her talk show was centred on issues of advocacy for individuals that society usually gives little attention to or neglect. She also cited the African caste system such as child trafficking, and women’s equality as areas of interest to her in film and television.

At the early stage of the music duo, P-Square’s career, Anyiam-Osigwe was responsible for managing them. She directed their first music video “Senorita” in 2002.