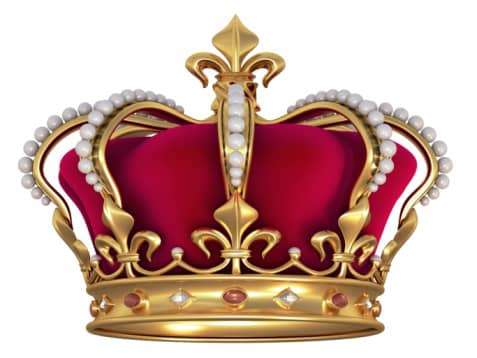 The Egbema Traditional Council/Kingmakers of the ancient Egbema kingdom has called on His Excellency Senator Dr Arthur Ifeanyi Okowa the Executive Governor of Delta State to withdraw the staff of office given to Mr Meshack E A Ubabiri as
HRM. Amb. Meshack E. A. Ubabiri, Bini Pere IV, the Agadagba of the Egbema kingdom on Thursday 19th January 2023 for peace and tranquility to reign in Egbema kingdom.

“We the Egbema Traditional Council/Kingmakers Wish to make it abundantly clear that we are not in support of the presentation of staff of offíce which was given to Mr Meshack Ese A Ubabiri as the Royal Father of Egbema kingdom.

The Egbema Traditional Council/King Makers posited: “We call on His Excellency, Senator Dr Arthur Ifeanyi Okowa, the Governor of Delta State to withdraw the staff of offíce given to Mr Meshack Ese A Ubabiri as the Agadagba of Egbema kingdom and set up a panel of inquiry because the decision by the State Government to subvert the will of Egbema people and to completely destroy the Long existing Traditional Council of Chiefs of Egbema kingdom/ Presentation of Staff of Office to the wrong candidate instead of HRM BARR Napoleon S Egin the Agadagba of Egbema kingdom Bini Pere lV is an invitation to anarchy as it is against the four pillars
of peace justice, equity and fairness.”

The Kingmakers pointed out that the Local Government Chairman, Hon Capt Smart Yomi Asekutu in line with due process officially recommended the name of Barr Napoleon S Egin as the Agadagba Elect to the offíce of the Directorate of Chieftaincy and Local Government Affairs for the purpose of presentation of staff of offíce.

The Egbema Traditional Council/Kingmakers added: “Before taking such a vital decision, we expected the Governor to set up a panel of inquiry to unravel the truth instead of rushing straight to presentation of staff of offíce in a hazardous situation within three weeks when Egbema kingdom is on fire.”

The Egbema King makers pointed out saying: “We are indeed dismayed and astonished that the Egbema Traditional Council/King makers who have their chieftaincy certificates issued by the Delta State Government were completely put aside as the people who carried out the Staff of Office Presentation on Thursday 19th 2023 relied on impostors to handle such a sensitive matter capable of jeopardizing the well being of Egbema kingdom, Which denotes the denial of the heir apparents of Egbema kingdom by the Delta State Government.”

Continuing further, the King makers remarked: “We understand that your decision was influenced by external forces due to considerations for Political patronage concerning the 2023 election Which is not the mind of God.However, It is important to note that your decision is against the will of the Traditional Council of Chiefs of Egbema kingdom Which is saddled with the sole responsibility to install a king in Egbema kingdom as the kingmakers and the Gazetted Chiefs of the kingdom who have already endorsed, declared, pronounced and installed HRM Barrister Napoleon E. Egin as the Agadagba of Egbema kingdom on the 17th of October 2022, with all necessary documents signed accordingly and submitted to the Governor’s offíce and the respective ministries for Presentation of Staff of Office.”

The Egbema Traditional Council which further expressed dismay said: ” We are surprised to find out that the Governor ignored the position of the Ruling House of Ogbudugbudu, the kingmakers of Egbema kingdom, the advise of the Local Government Chairman, and the laid down procedures of the Ministry of Chieftaincy and Local Government Affairs to endorse and give someone else staff of offíce based on a video clip that was stage managed for public view.”

Contending further, they noted: “Your decision may have been informed by advise from persons with little or no knowledge of the laws of Delta State as it affects Local Govt and Chieftaincy affairs.

“These persons are anarchists, moral delinquents that are worst than street criminals. We are disappointed that you could listen to such persons and completely ignore the advise of those empowered by law to install a king in Egbema kingdom.”

The Egbema Chiefs who emphasized the need to reverse the decision reiterated saying; “We request that you reconsider your decision for the sake of Peace and justice because following the way you made your decision, it means that anybody can make anybody king in any kingdom in Delta State.

They stressed that the Governor’s decision is a slap on the face of the King makers, the Hon Chairman of WNLGA,
who ensured that due process was followed, the elders, particularly the Amakosuowei (oldest man) of the Ogbudugbudu Ruling House of 103 years who approved, endorsed and appended his signature for HRM Barr Napoleon S Egin as the Agadagba Elect before passing on to join our ancestors.

The Egbema King makers Posited: “ln the light of the foregoing, we the peace loving people of Egbema kingdom and on behalf of the poor elders of Egbema, we urge your Excellency, Governnor Ifeanyi Okowa of Delta State to direct your deputy governor Deacon Kingsley Burutu Otuaro to rescind on the wrong path he has taken in Egbema kingdom, because every evil embarked upon by man must attract repercussion.

“They reaffirmed with clarity that Kingship and the entire process is the right of elders and kingmakers. Your Excellency Sir, your decision will affect the elders of the kingdom if not reconsidered.

“We urge you to review your decision as soon as possible not to over burden the elders of the kingdom.”

The Egbema Kingmakers who harped on the need for the reversal of the offensive decision said: “We believe that on the strength of this message Gov. Okowa will have a second thought on this thorny issue and withdraw the
Staff of office, which is wrongly given to Mr Meshack Ese A Ubabiri and give same to our rightful Monarch, HRM Barr Napoleon S Egin Bini Pere lV,
the Agadagba of Egbema kingdom.”

The Egbema Traditional Council of Chiefs in their summation said: “We wish you, Gov. Okowa, the best in your future endeavours as you bid for the position of Vice president of the Federal Republic of Nigeria.”

Previous PostWhy Open Preaching Of Solidarity By Owan Enoh In Support Of Prince Otu, for An Ejagham Man At The Central, Will Make A Difference Next PostPVCs And 2023 Presidential Polls: INEC Inflaming Nigeria, Pushing It Into Complex Uncertainties - Intersociety