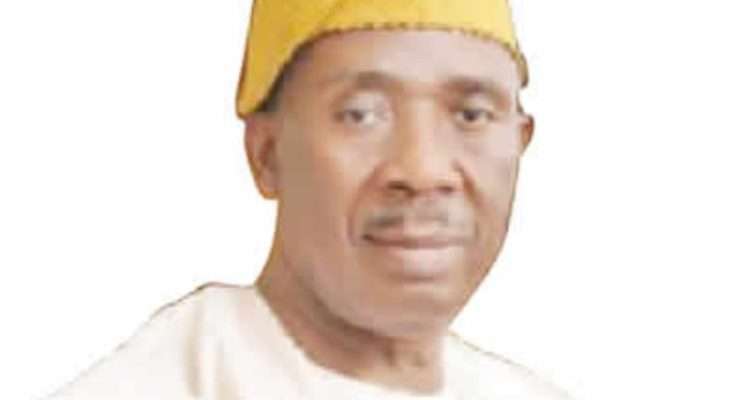 The Vice-Chairman, Senate Committee on Customs, Senator Francis Fadahunsi, has said the Federal Government is losing about N6.5tn yearly because of the corrupt practices in the Nigeria Customs Service.

The lawmaker said the nation did not need to borrow to operate and develop its infrastructure if corruption in the NCS and other government agencies had been curbed.

Fadahunsi, who said this in an interview with our correspondent in Lagos, said the country would make a lot of money from customs duties with proper management.

According to him, the Senate Committee on Customs and Tariffs intercepted some shipping containers suspected to be carrying arms and ammunition, tramadol, used clothes and other banned items.

Fadahunsi, who represents Osun East in the Senate, said corrupt customs officers were also colluding with clearing agents to under-declare the value of imported goods in order to pay lesser duties.

He also said the shipping containers brought in from China were not being carefully examined despite the threat of coronavirus. He said some of the containers were loaded with, used clothes from China.

Fadahunsi said, “Instead of getting about 25 or 30 per cent, the Federal Government is getting just five per cent because of some greedy officers there. Nigeria can get between N7tn and N8tn.

“The Comptroller General of Customs, Col. Hammed Ali, should be blamed. He is the head and he has sacked the almost 50,000 workers, having about 15,600. Despite this, corruption has continued.

“They said the revenue generated by the service has now hit N1.5tn but I disagree with them. They rake in five per cent duties to the government’s purse. The remaining is shared. They should be collecting between 25 per cent or 30 per cent. Can you see the huge revenue loss now? Government is not supposed to be borrowing money if the corruption in the Customs has been successfully tackled.

“Government should get between N7tn and N8tn from Customs and now that their salaries have been increased, there should be no reason to steal again. But stealing is ongoing there.

“The task force which Ali set up are the ones escorting smuggled items into the country. There are some containers which the Senate Committee on Customs intercepted at Onne Port. They are 78 containers suspected to be carrying tramadol, okirika and other banned items. We have impounded the containers and we want to open them in the presence of the public to show that our economy is bleeding.

“The Customs said it was not our duty when we demanded that the containers be opened. We said let all the security agencies be there and let journalists be present while opening the containers. We are still arguing on this. Ali should let us open the containers to show to the whole world that he is not corrupt.”

Also, a source at the Onne Port told our correspondent that the activities of corrupt NCS officers were making the nation to lose so much revenue.

The source said the Minister of Finance and National Planning (Mrs Zainab Ahmed) had ordered that these activities should be investigated.

He said the probe was done and the report of the investigation was submitted but an official at the ministry was allegedly frustrating the move.