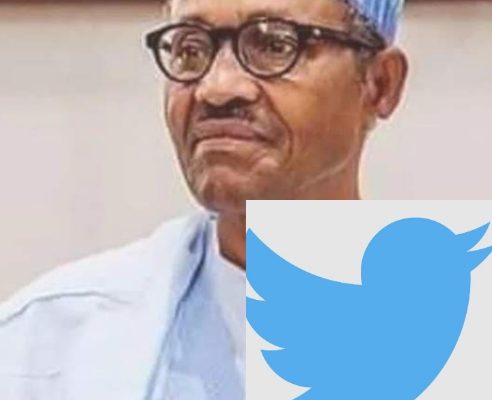 The decision today by the ECOWAS Court of Justice that the recent ban of a USA based prominent social media platform called twitter by President Muhammadu Buhari is illegal and unconstitutional is sound and quantitative, says rights group, Human Rights Writers Association Of Nigeria (HURIWA) in a statement.

In its reaction, the statement signed by its National Coordinator, Comrade Emmanuel Onwubiko noted that “This verdict once more confirms that democracy and constitutionalism are not alien to Africans and West Africans respectively.”

This decision by the ECOWAS Court has absolutely knocked off and nullified the long-running misperception that Africa and Africans naturally accept “BIG-MANISM” in politics or that Africans do accept despotism or tyranny.

This verdict by ECOWAS court goes to show that the action of President Muhammadu Buhari to annul twitter in Nigeria is dictatorship taken too far and an insane display of absolute power which corrupts absolutely. So the verdict of ECOWAS Court is the most welcome development this year and we commend their heroism. Those Justices will enjoy a front page inthe noble history of Africa’s jurisprudence for years to come. These justices are now our SOCRATES, ARISTOTLE AND THOMAS AQUINAS.

The judgement will form the fulcrum of a major study in the political science departments of most tertiary institutions in the West African region in the near future.

History has been made. The lesson is that President Muhammadu Buhari should be well guided going forward and he need to respect the freedom of the citizenry.

HURIWA applauded the plaintiffs for stepping out when their heroism is much needed and when mist Nigerians are cowards.

HURIWA recalled that following a suit by Socio-Economic Rights and Accountability Project (SERAP) and 176 concerned Nigerians, the ECOWAS Court has “declared unlawful the suspension of Twitter by the government of President Muhammadu Buhari, and ordered the administration never to repeat it again.”

It would be recalled that following the deletion of President Muhammadu Buhari’s tweet, the Minister of Information and Culture, Lai Mohammed announced the suspension of Twitter in Nigeria. The government also threatened to arrest and prosecute anyone using Twitter in the country, while the National Broadcasting Commission (NBC) asked all broadcast stations to suspend the patronage of Twitter.

But in the judgment delivered today, the ECOWAS court declared that it has the jurisdiction to hear the case, and that the case was therefore admissible.

The Court also held that the act of suspending the operation of Twitter is unlawful and inconsistent with the provisions of Article 9 of the African Charter on Human and Peoples’ Rights and Article 19 of the International Covenant on Civil and Political Rights both of which Nigeria is a state party.

According to the Court, “The Buhari administration in suspending the operations of Twitter violates the rights of SERAP and 176 concerned Nigerians to the enjoyment of freedom of expression, access to information and the media, as well as the right to fair hearing.”

The Court also ordered the Buhari administration to take necessary steps to align its policies and other measures to give effect to the rights and freedoms, and to guarantee a non-repetition of the unlawful ban of Twitter.

The Court also ordered the Buhari administration to bear the costs of the proceedings and directed the Deputy Chief Registrar to assess the costs accordingly.

Reacting to the judgment, Femi Falana, SAN SERAP lawyer in the suit said: “We commend the ECOWAS Court for the landmark judgment in the case of SERAP v Federal Republic of Nigeria in which the Judges unanimously upheld the human rights of community citizens to freedom of expression, and access to information. Even though the Court had granted an interim order of injunction last year which restrained the Attorney-General of the Federation and Minister of Justice, Mr. Abubakar Malami SAN from prosecuting Nigerians who defied the Twitter ban, SERAP deserves special commendation for pursuing the matter to a logical conclusion.

“Freedom of expression is a fundamental human right and the full enjoyment of this right is central to achieving individual freedom and to developing democracy. It is not only the cornerstone of democracy, but indispensable to a thriving civil society.

“With the latest decision of the Court to declare the suspension of Twitter in Nigeria illegal it is hoped that the Heads of State and Governments of the member states of the Economic Community of West African States will henceforth respect and uphold the human right of community to freedom of expression guaranteed by Article 9 of the African Charter on Human and Peoples Rights.”

HURIWA recalled that SERAP 176 concerned Nigerians had in suit No ECW/CCJ/APP/23/21 filed before the ECOWAS Community Court of Justice in Abuja, sought: “An order of interim injunction restraining the Federal Government from implementing its suspension of Twitter in Nigeria, and subjecting anyone including media houses, broadcast stations using Twitter in Nigeria, to harassment, intimidation, arrest and criminal prosecution, pending the hearing and determination of the substantive suit.”

Specifically, the suit reads in part: “if this application is not urgently granted, the Federal Government will continue to arbitrarily suspend Twitter and threaten to impose criminal and other sanctions on Nigerians, telecommunication companies, media houses, broadcast stations and other people using Twitter in Nigeria, the perpetual order sought in this suit might be rendered nugatory.

“The suspension of Twitter is aimed at intimidating and stopping Nigerians from using Twitter and other social media platforms to assess government policies, expose corruption, and criticize acts of official impunity by the agents of the Federal Government.

“The free communication of information and ideas about public and political issues between citizens and elected representatives is essential. This implies a free press and other media able to comment on public issues without censor or restraints, and to inform public opinion. The public also has a corresponding right to receive media output.

“The arbitrary action by the Federal Government and its agents have negatively impacted millions of Nigerians who carry on their daily businesses and operational activities on Twitter. The suspension has also impeded the freedom of expression of millions of Nigerians, who criticize and influence government policies through the microblogging app.

“The suspension of Twitter is arbitrary, and there is no law in Nigeria today permitting the prosecution of people simply for peacefully exercising their human rights through Twitter and other social media platforms.

“The suspension and threat of prosecution by the Federal Government constitute a fundamental breach of the country’s international human rights obligations including under Article 9 of the African Charter on Human and Peoples’ Rights and Article 19 of International Covenant on Civil and Political Rights to which Nigeria is a state party.

“A lot of Nigerians at home and abroad rely on Twitter coverage of topical issues of public interest to access impartial, objective and critical information about ideas and views on how the Nigerian government is performing its constitutional and international human rights obligations.

“The implication of the decline in freedom of expression in Nigeria is that the country is today ranked alongside countries hostile to human rights and media freedom such as Afghanistan, Chad, the Philippines, Saudi Arabia, Zimbabwe and Colombia.”