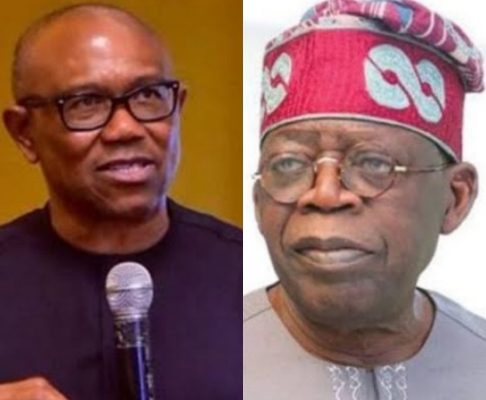 Of Mischief And Desperation: May Issues Prevail

The Press Statement authored by Mr Bayo Onanuga Director, Media And Communication of the Tinubu Campaign Organization calling on “Mr Peter Obi to call his supporters to order that falsehood and disinformation will not win election”, smacks of mischief and manifest desperation as there is no shred of doubt that the Peter Obi Team is profoundly issues based, manifestly factual, unequivocally civil and completely decorous.

To attempt to tie all the lies swimming in the social media to the Peter Obi Campaign is not only mischievous but shows the desperation of the Tinubu Campaign Organization to colour and paint Mr Peter Obi in bad light, but it won’t stick.

This is not 2014/2015 where lies and tommy-rot were allowed unattended and not debunked by the Goodluck Jonathan Campaign, this is 2022/2023 and the redemptive masses Movement will not suffer any falsehood against Mr Peter Obi and Senator Datti Baba-Ahmed to thrive.

The ideological, issues based and policy driven peaceful ballot based revolution that Mr Peter Obi epitomizes shall respond timeously to any information that seek to present our Campaign and Movement in bad light.

At no point has Mr Peter Obi, his running mate Senator Datti Baba-Ahmed or the Labour Party given instructions or imprimatur to falsehood, malice, lies and or support to any information denigrating other candidates as alleged by the Tinubu Campaign Organization.

Indeed if there is any candidate that is the most civil and respectful of others, that candidate is former Governor Peter Obi.

He has consistently conducted himself in Speeches, Writings and Mobilization as a man of peace, as civil and decorous, and has instructed every lever and layer of his support groups and Campaign to duel on issues rather than the persona and the personalities on the other side.

In the Press Statement penned by the Tinubu Campaign Organization, they sought laboriously to tie the Peter Obi Movement and Campaign to the IPOB agitation, a failed effort by one of their canvassers Mr Sam Omatseye of The Nation Newspapers.

There is no shred of doubt that those who are alleging mudslinging are the experts of same. May their mischief and desperation not sully the waters of what promises a profound issues based Campaign.

May they fairly judge what has become a masses oriented redemptive movement sweeping through our nation as such, and stop playing the ethnic card because it won’t stick, surely it won’t.

The young and the old are Obidiently Yusful and committed to the peaceful ballot based revolution before us. We therefore implore all Presidential candidates to join us as we pioneer and lead the most civil and profoundly issues based Campaign in the history of our nation.

We pray that we all make the issues of Security, Healthcare, Education, Economy, Power/Energy, Infrastructure, Job Creation, Human Capacity and Resource Development, National Cohesion centred on equity, love and fairness, Food Security etc the linchpin of the Campaign now and when effective campaign begins in September. And may the best candidate WIN come February, 2023.

Chris Mustapha Nwaokobia Jnr is the Convener COUNTRYFIRST MOVEMENT.
For The FRIENDS OF OBI AND DATTI (FOOAD).

You can call us using the “Call Us Now” button on this site. Or Email your article or press release to us via: news@streetreporters.ng and follow us on Twitter and Instagram @StreetReporters and Facebook at www.facebook.com/StreetReporters.ng to get our latest updates! ============================
ALSO READ  South East Hasn't Benefited from Buhari’s Endless Chinese Loans – HURIWA Slams FG
Dear Reader,