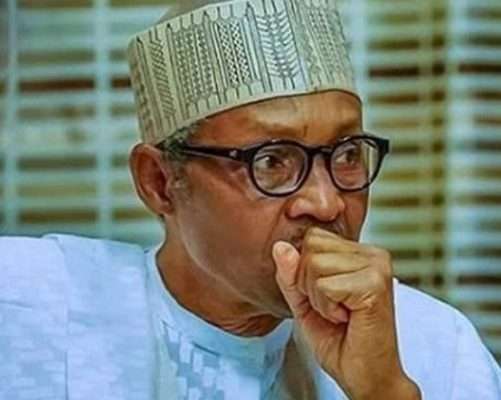 Prominent civil rights advocacy group, Human Rights Writers Association of Nigeria (HURIWA), on Thursday, carpeted President Muhammadu Buhari for the double standards of his administration which granted a vigilante owned by the Katsina State Government license to bear AK-27 rifles repprtedly for just five days training whilst it continued to deny the same privilege to Amotekun Corps in South-West Nigeria.

HURIWA’s National Coordinator, Comrade Emmanuel Onwubiko, in a statement, said in order of priority, the Federal Government should grant the Amotekun Corps in Ondo State immediate license to bear assault rifles not after the June 5 terror attack in a Catholic church in Owo where over 40 worshippers were gunned down in broad daylight during a church service.

The group also slammed a presidential spokesman, Garba Shehu, for defending the imbalance and prejudicial action of the Buhari government over its denial to license Amotekun to carry AK-47 assault rifles while the vigilantes in the President’s home state bear the same weapon even if assuming without conceding that it is just for the period of training on weapons handling.

Recall that Shehu in his defence had said, “Governor Aminu Bello Masari wrote to explain that the administration invited the Provost of the Civil Defence Training College in Katsina to train their Vigilantes for a five-day period ‘in the handling and operations of Pump Action Rifles,’ emphasizing that ‘the Vigilantes were not trained to take over the responsibilities of the security agencies of the Federal Government of Nigeria but to assist them.’

“The Presidency appreciates the active involvement of states with security matters. As they continue to expand their capabilities as well as their active collaboration with law enforcement agencies of the federation, the joint efforts continue to yield good results, thwarting attempts of terrorists to wreak havoc and destruction on communities.”

Shehu had also said Governor Rotimi Akeredolu of Ondo State has no right to arm the state’s Amotekun Corps with AK-47 rifles, noting that such action is “illegal”.

Commenting, HURIWA’s Onwubiko said, “The defence of presidential spokesman Garba Shehu is lame and unacceptable because the security challenges in the whole country are the same and no region or zone is safe at all. Therefore, the same privilege should be enjoyed by all state-owned security outfits whether in Katsina or in Ondo especially as it pertains to trainings and capacity building facilitated by the publicly funded armed security forces. HURIWA is shocked that President Muhammadu Buhari even rejected the idea of setting up Amotekun at the inception stage but the same President did not raise any objection to the setting up of the civilian vigilantes in Katsina State.

“It is on record that President Muhammadu Buhari doggedly opposed the idea of state-owned security outfit when South-West governors created Amotekun Corps to protect their people from herdsmen’s attack and aggression but the same President accept the vigilante group created by the Katsina State Government led by Governor Aminu Masari. In fact, the President has gone ahead to support his state government by allowing the vigilantes to bear prohibited firearms as is being alleged. This is injustice. And it is condemnable, prejudicial and nepotistic in every sense of it.