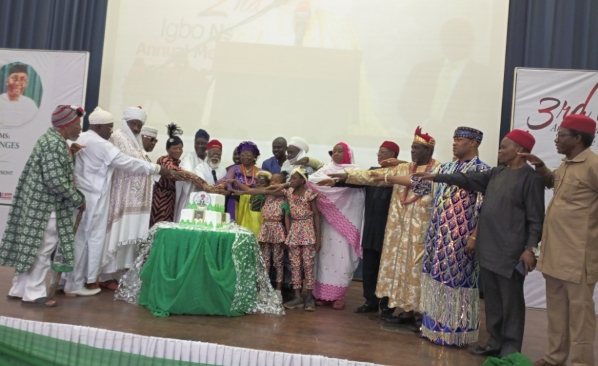 It was a courful event as eminent personalities in Nigeria, Africa, gathered in honour of Africa’s distinguished leader, late Dr Nnamdi Azikiwe Nsukka at the 2022 edition of the Igbo Nsukka United Front Zik’s Merit Award Lecture in Abuja. 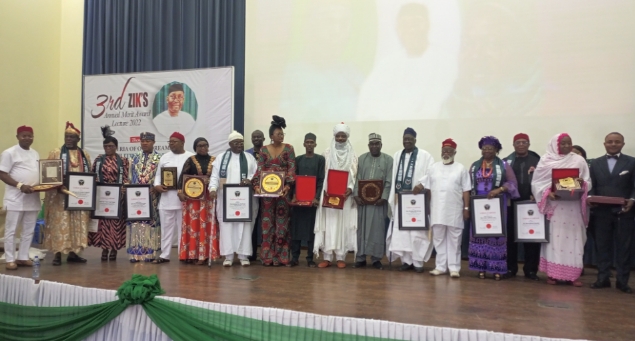 First class traditional rulers like the Sultan of Sokoto and President-General of Nigerian Supreme Council for Islamic Affairs (NSCIA), Alhaji Sa’ad Abubakar III, who was represented by Alhaji Usman Abdullahi; the Eze Ka Eze I of Idekeland, Nsukka, His Royal Majesty, Eze Williams Ezugwu, among several others.

The theme of the event was “Nigeria Of Our Dreams: Possibilities, Challenges And Reality.”

Governor Babagana Umar Zulum of Borno State, who bagged an award, observed that: “Dr. Nnamdi Azikiwe was not only Zik of Nigeria, but was also Zik of Africa, who was regarded as the chief inspirer of the young nationalists on the continent, where the first President of Ghana, Kwame Nkrumah, said in his autobiography that Zik inspired him.” 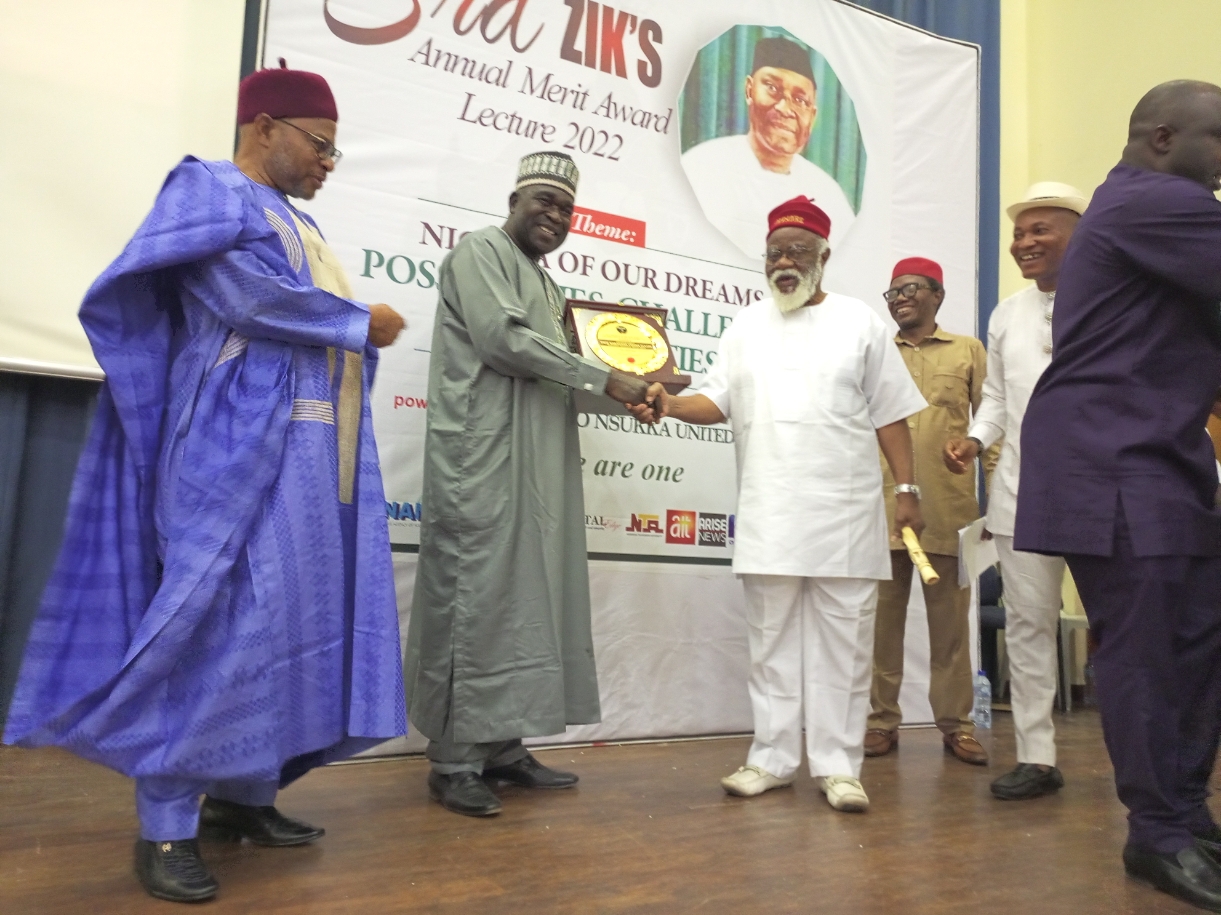 The Governor who was represented by the Commissioner for Environment, Yerima Saleh, noted that Borno State under the Zulum administration Internally Displaced Persons (IDPs) have had their communities reconstructed while IDP camps are shut down.

On her part, Prof. Uche Azikiwe, the wife of foremost nationalist and Nigeria’s first president, Dr Nnamdi Azikiwe, called on politicians, especially those at the helms of affairs in the country to do everything possible to sustain the nation’s unity which her late husband and others who fought for independence of Nigeria stood for. 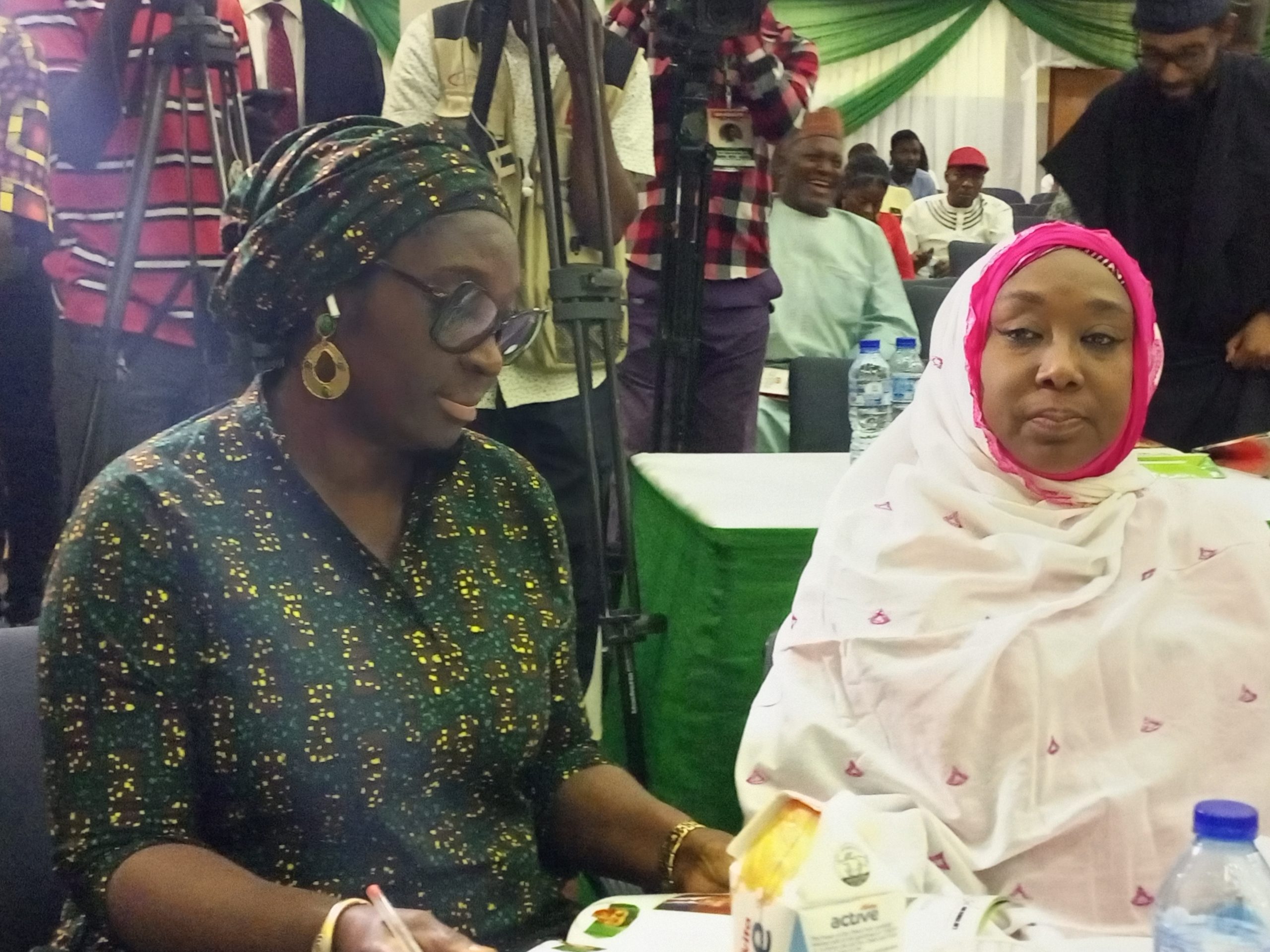 Prof. Azikiwe, who made the plea, observed that nothing will gladden the heart of her late husband like seeing that Nigeria remains one indivisible country.

While bemoaning the current state of the country, Zik’s wife, Uche, called on all political leaders to ensure that the unity of Nigeria was preserved.

She said, “I am always worried when certain things are happening in Nigeria. The few years I lived with him. I know how he pressured Nigeria. He never said whatever would make Nigeria disintegrate, God forbids. 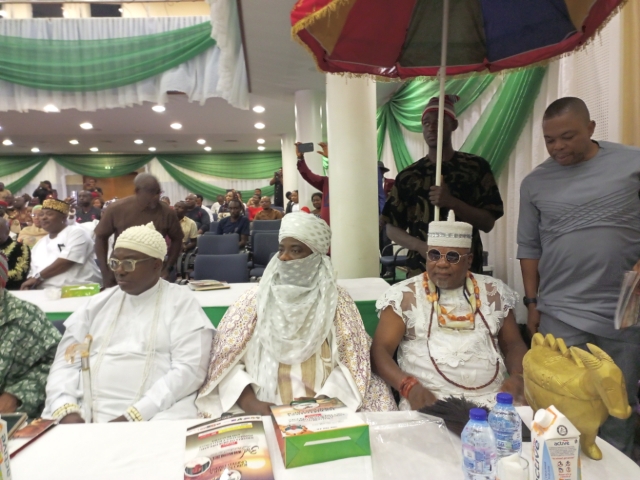 “That is why I will stand on behalf of Azikiwe to pray that whatever happens, Nigeria will never disintegrate.

“Please let us come together. It will make him happy and make some of his other contemporaries happy that Nigeria is one”, Zik’s wife pleaded.

Meanwhile, the Chairman of the Council of Elders, Ohanaeze Ndigbo Worldwide, Chief Emmanuel Iwuanyanwu, urged ethnic groups clamouring for secession to have a rethink, calling on political leaders to be all-inclusive in their decision-making. 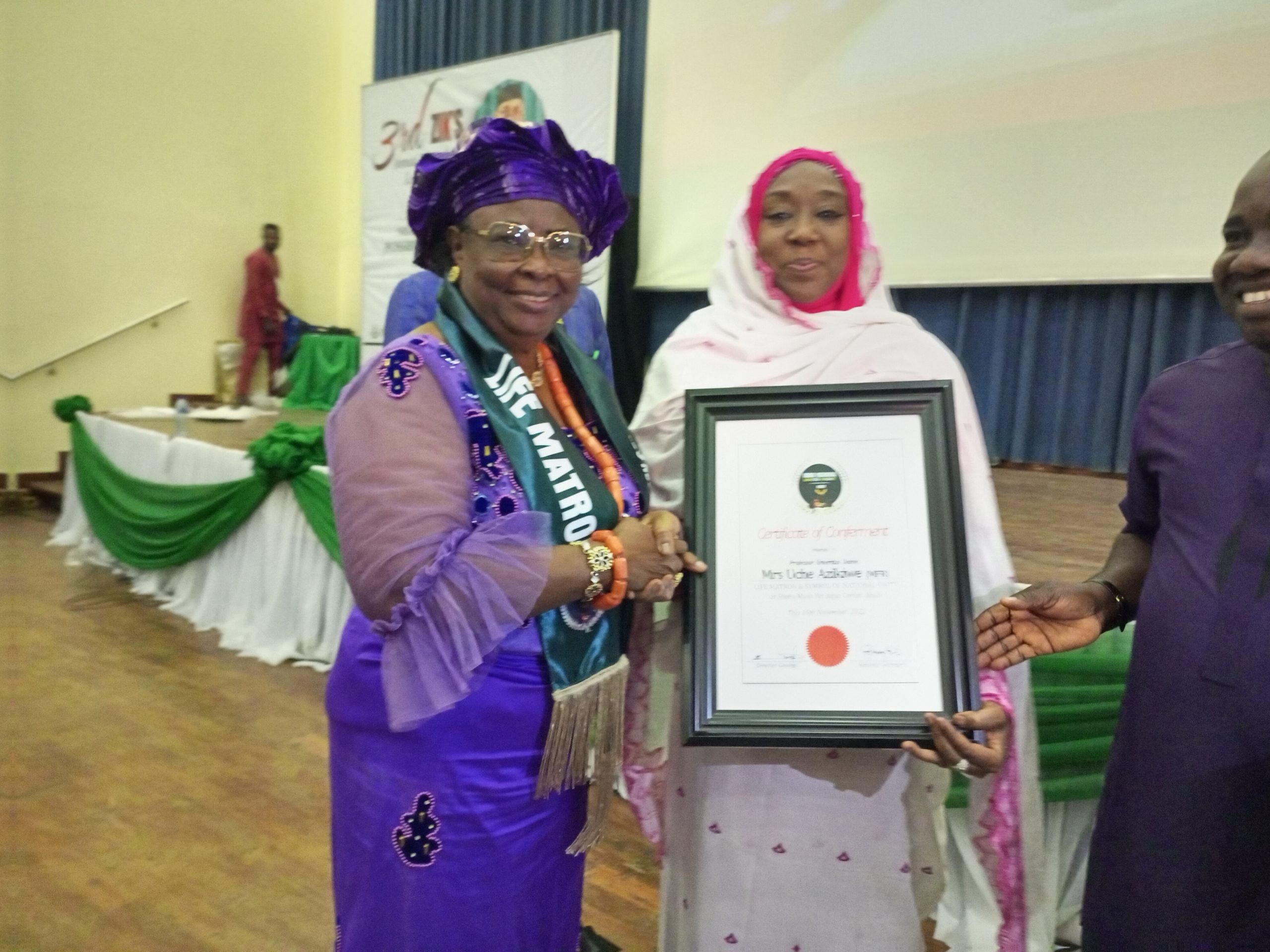 He stated: “Secession is never an option. Everybody is thinking of being large or big. Nigeria today is a large area of about 200 million people.

“Why do you want to break it and go to a smaller place? So, I think that all these people talking about secession should please think about it.” 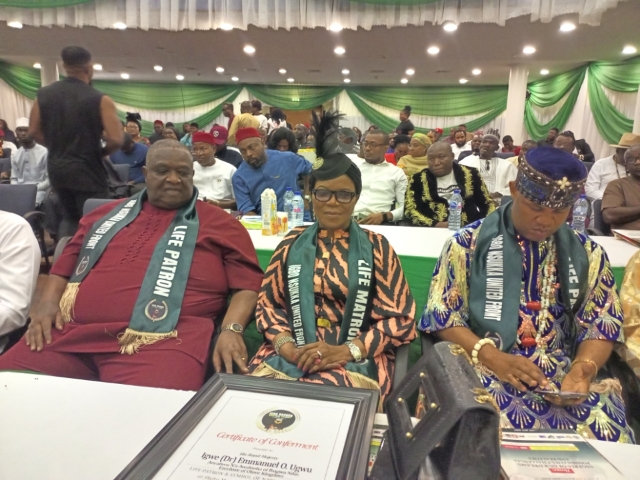 “If you do that, then there will be no tension. But if you say Igbos cannot come together, the repercussions will be on the people of Nigeria because you cannot force people. A leader must be fair and just to everybody so that the younger people can know that they can participate”, he said.

While extolling the late nationalist, Dr Nnamdi Azikiwe, for prioritising the nation’s unity, Sultan of Sokoto and President-General of Nigerian Supreme Council for Islamic Affairs (NSCIA), Alhaji Sa’ad Abubakar III, charged the citizenry to emulate the patriot by championing peace in all their endeavours. 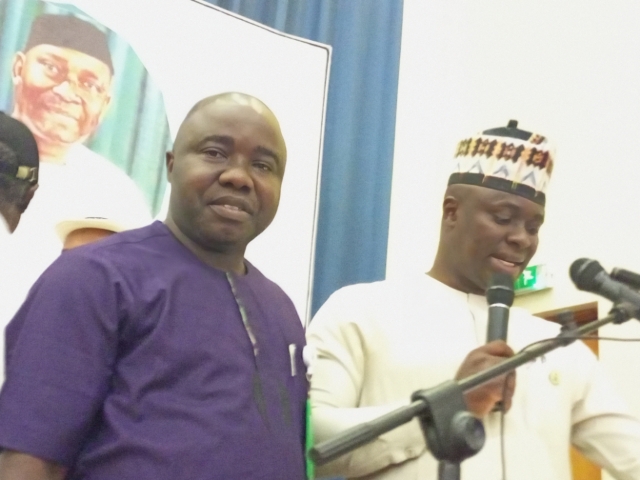 Represented by Alhaji Usman Abdullahi, the Sultan pleaded: “I call on my Igbo brothers and sisters, home and abroad, to emulate the good deeds of our father. He never fought for only the eastern part of the country, but he was with everyone.”

However, in his keynote address, Barr. Mainasara Kogo Umar, recounted the historical events and efforts Dr. Nnamdi Azikiwe and other nationalists put in place to achieve independence, saying that “At that time, Nigeria was the glaring and shining talent of the international world.

“As 2023 approaches, we should imbibe that spirit of common brotherhood and eschew violence. 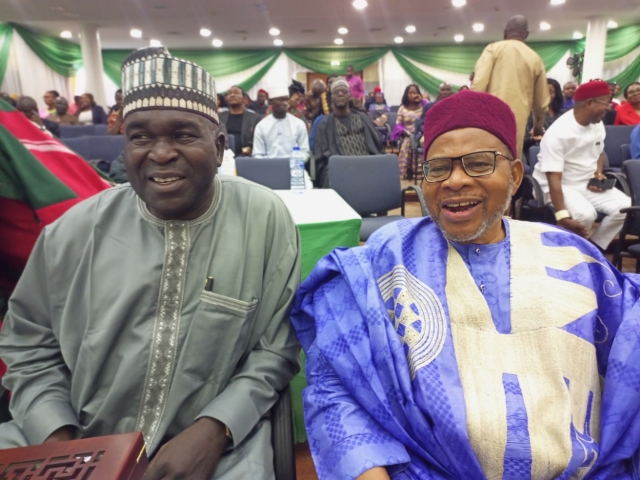 “We should think of Nigeria as a second treasure given to us by God to manage, bearing in mind that if Nigeria gets it right, Africa and the entire black world stand to be proud”, he said.

Earlier in his welcome, the Director General of Igbo Nsukka United Front, Comrade Chineme Onyeke, noted that the annual merit award/lecture series was designed specifically to promote national integration, peace and unity through dialogue and as a catalyst for the development and prosperity of one Nigerian state. 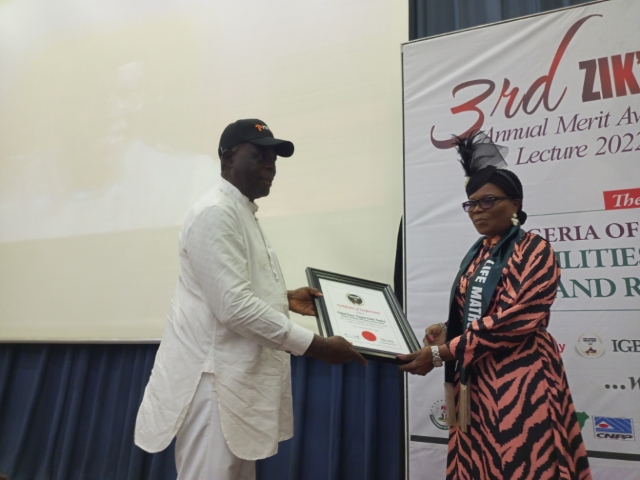 He noted that the theme of the 2022 edition, ‘Nigeria of Our Dreams: Possibilities, Challenges, and Reality’, is germane especially as the 2023 general election is around the corner.

He said the event is coming up “at a time when our beloved country Nigeria is facing a plethora of challenges threatening her corporate existence, ranging from insecurity to economic and political problems”. 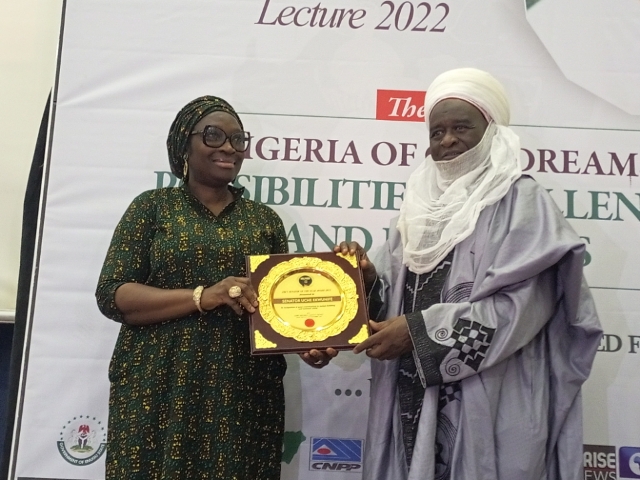 Onyeke used the opportunity to express the stand of the group on free, fair and credible election, which they believe, would enthrone patriotic, competent and forward-looking political leaders. 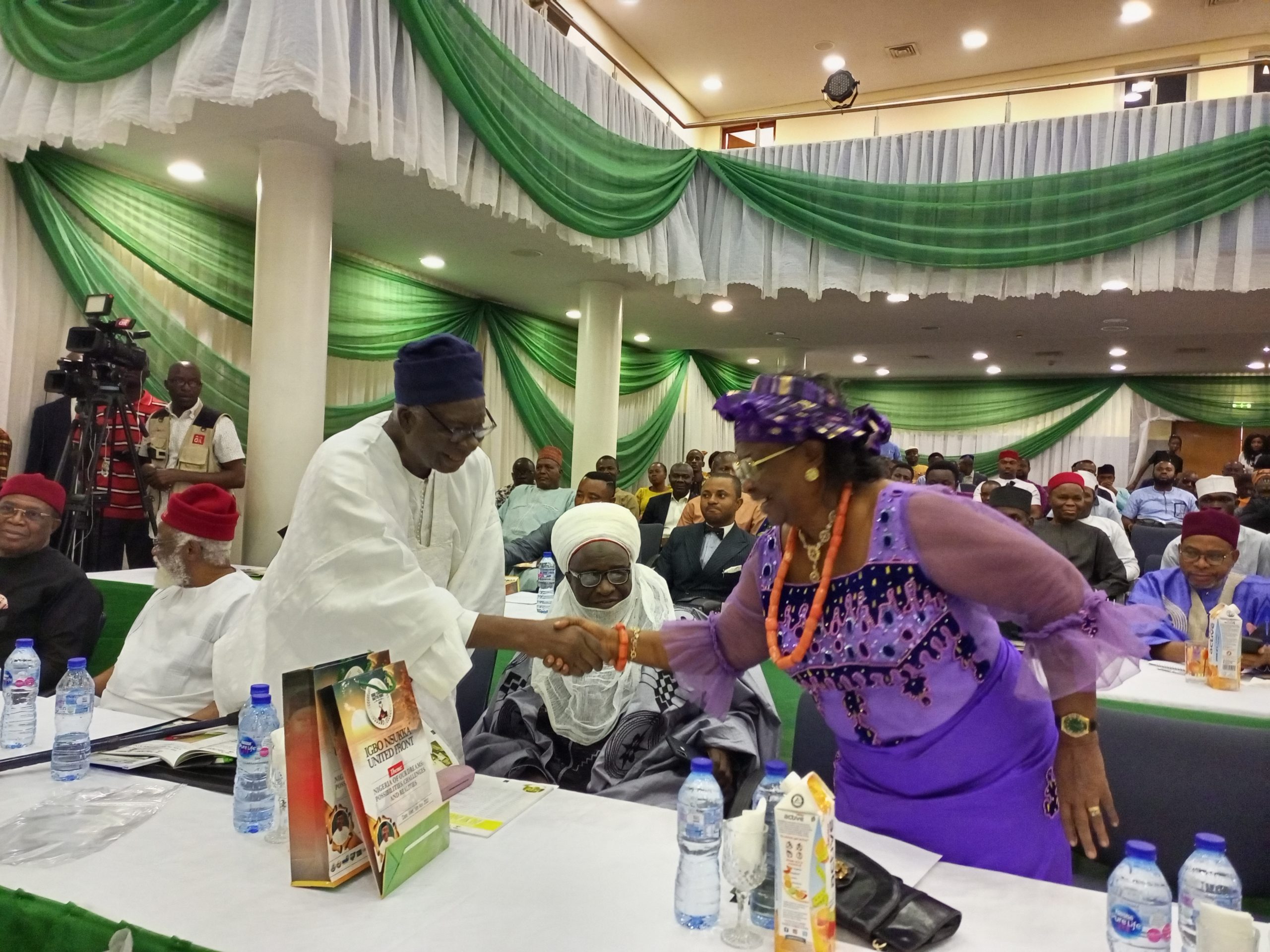